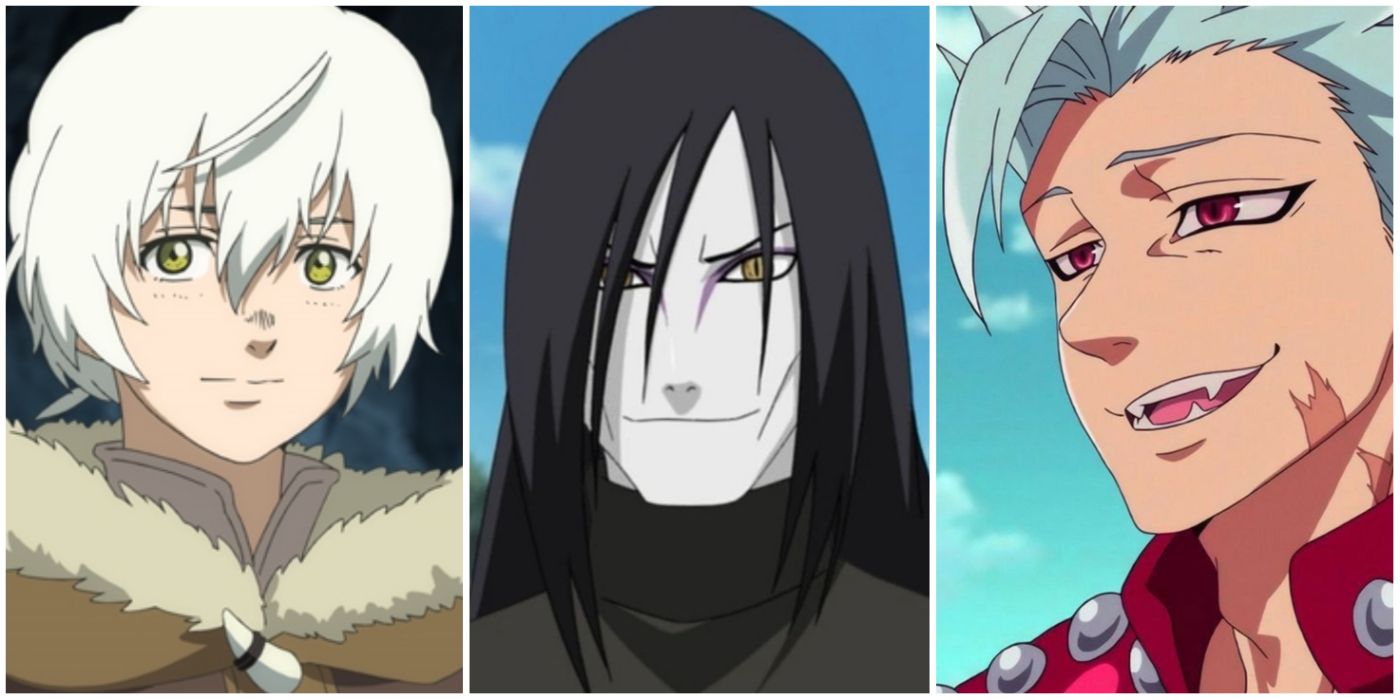 When it comes to popular anime, Naruto ranks near the top, and that is because the series tells a decent story with interesting characters. Orochimaru grew up in the Hidden Leaf Village, and he is considered to be one of the strongest ninja that the village has ever produced. He became obsessed with immortality, spending the majority of the series as a villain.

While conducting experiments, he found a way to prolong his life, and it involved taking over another person’s body. These vessels tend to be quite young, and they usually have some type of unique ability. The anime world is very big, and there are plenty of characters from other series that Orochimaru would use as a vessel if given the opportunity.

The Seven Deadly Sins is filled with funny moments, but it features a lot of action as well, and Ban tends to be at the center of both. He is known as the Fox’s Sin of Greed, and he possesses an ability called Snatch. If Orochimaru had his body, he could use it to steal objects. He could even steal limbs and physical strength.

More importantly, Ban drank from the Fountain of Youth, and when the liquid fused with his blood, he gained immortality. His body was immune to poison, and he stopped aging. He could heal from any injury, even if his entire body was destroyed.

Ajin: Demi-Human is one of the more unique anime on Netflix. It focuses on Kei Nagai, a teenager who discovers he is an Ajin after surviving a fatal traffic accident. Unlike ordinary humans, Ajin are immortal, and they cannot die by any means besides old age.

With Kei’s body, Orochimaru will not have to worry about death for a long time, and he will be able to rapidly heal from any injury. He would also gain access to a paralytic scream and a special black ghost that can be used for combat.

Gon is the main character of Hunter x Hunter, and everyone he has met has acknowledged his incredible potential. He passed the deadly Hunter Exam on his first try, and he went on to become a capable Nen user.

If Orochimaru were to take over Gon’s body, he would gain the abilities of an Enhancer, which means that he will be able to use Gon’s aura to increase the natural abilities of his new body. His body could become as durable as a tank and potentially hit like a missile. He’d also have access to Gon’s Limitation Transformation, but that may be too risky to use.

Saitama is by far the strongest character in One-Punch Man, but Orochimaru would much rather go after Zombieman’s body instead. Zombieman is an S-Class hero, of which there are only 17, and he is known for his pale skin and red eyes.

Orochimaru would gain superhuman endurance and stamina if he took Zombieman’s body, but he would also gain incredible regenerative abilities. Zombieman can heal and regenerate most injuries within a matter of seconds, but more severe injuries can take a few minutes to fully heal.

Many Bleach fans believe that Aizen should have been the series’ final villain, and they’re not wrong, considering he is one of the smartest anime villains of all time. He orchestrated most of the conflicts in Bleach, and he was able to do so thanks to his zanpakuto.

The sword’s name is Kyoka Suigetsu, and if Orochimaru took over Aizen’s body, he would be able to use the sword’s complete hypnosis ability. Orochimaru would be able to control all five of his victim’s senses. This is stronger than most genjutsu. If that were not enough, Aizen achieved true immortality when he fused with the Hogyoku.

Muzan may not be the coolest Demon Slayer character, but he is certainly the series’ strongest villain. He was the very first demon, and he is responsible for creating every other demon in existence. There is no limit to his stamina and endurance, and he can regenerate with such speed that it looks as though he was never injured.

The entirety of Code Geass focuses on Lelouch, and under normal circumstances, Orochimaru would never view him as a potential vessel. Lelouch may be smart, but he is an ordinary human, and he is not very strong, but he does possess Geass.

Orochimaru has a history of going after people with ocular abilities, and Lelouch’s Geass allows him to plant a command into the mind of a designated target. With this ability, he can ensure that his next vessel will hand their body over without putting up a fight.

The majority of people in My Hero Academia are born with some type of power called a Quirk, and many of these Quirks are quite useful. Izuku Midoriya was born Quirkless, but he obtained the One For All Quirk from his idol, All Might, and it gave him a multitude of abilities.

With Izuku’s body, Orochimaru will gain access to One For All’s innate superhuman physical traits, but he will also gain the Quirks of the previous inheritors. He’ll be able to sense danger, float, store and release kinetic energy, and create smokescreens. He could also summon black tendrils from his body, which are good for grappling and restraining.

Alchemy is one of the coolest powers in anime because of its versatility, and as a scientist, Orochimaru would love to be able to manipulate matter with it. In reality, he could use the body of any alchemist in Fullmetal Alchemist: Brotherhood, but he would prefer Edward Elric’s because he is young.

Ed attempted a human transmutation and saw the Gate of Truth, which allows him to perform alchemy without a transmutation circle. All he will need to do is clap his hands together, and he will be able to create weapons and alter his surroundings.

1 Fushi Would Give Him True Immortality (To Your Eternity)

In To Your Eternity, Fushi is created by a being called The Beholder, and he is sent to Earth in order to preserve it. It should be noted that Fushi’s real body is that of an orb, so Orochimaru will have to wait until he assumes a human form.

Fushi is a true immortal, as literally nothing can kill him, not even old age or malnutrition. With this body, Orochimaru will finally achieve immortality, which means he will be able to learn all of the world’s secrets. He will also be able to shapeshift, regenerate, and revive the dead.

NEXT: Every Single Naruto & Shippuden Story Arc, In Chronological Order