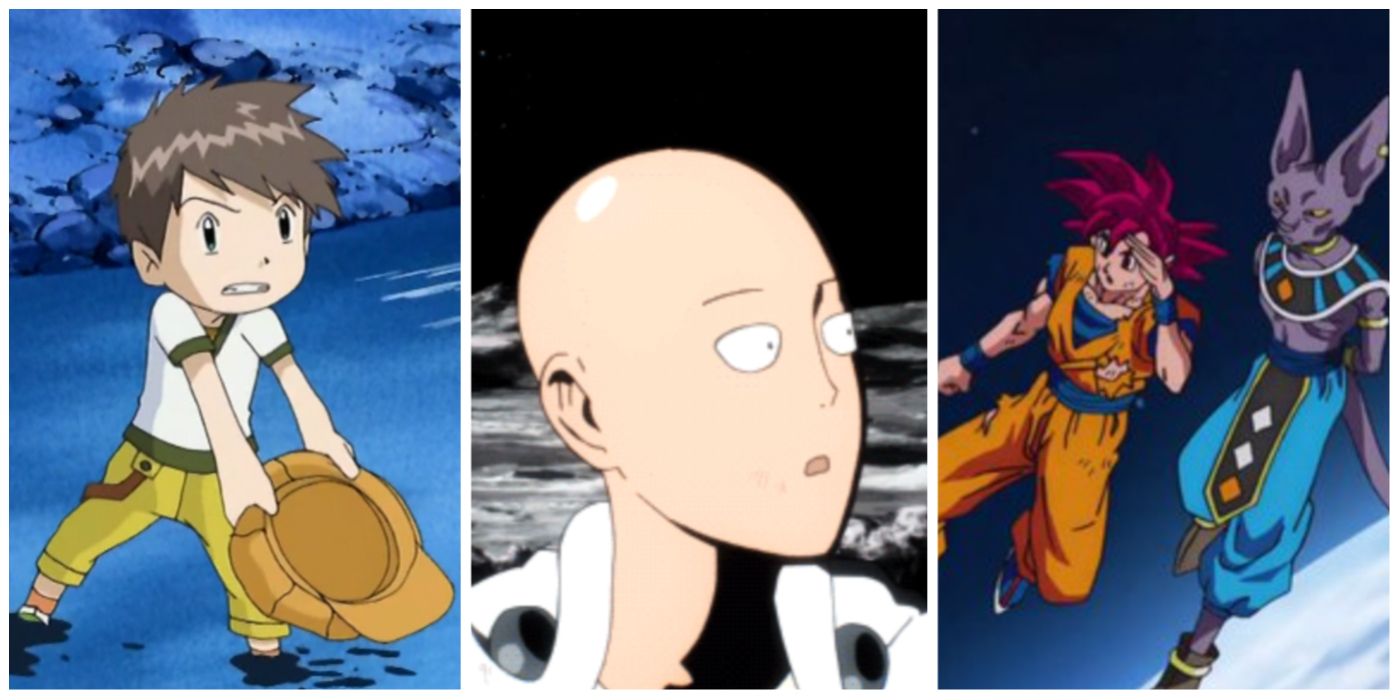 Anime tackles every genre imaginable and there is no shortage of series that are grounded slice of life tales. However, anime also loves to indulge in science fiction and more heightened genre programming. Lots of anime either take place in the future or are set in outer space and it’s impressive how these fantastical ideas can sometimes feel so commonplace

Anime also demystifies the grandiose nature of space by presenting it as an everyday occurrence that’s not a big deal. This is occasionally illustrated through ordinary characters who can somehow comfortably exist in outer space, while other anime treat vacuum lungs and the ability to breathe in this atmosphere as something miraculous.

Dragon Ball is one of the biggest shonen series of all time with powerful characters who can wipe out entire universes as if it’s nothing. One of the franchise’s biggest battles involves a fatal fight between Goku and Frieza on an imploding Planet Namek.

Frieza triggers Namek’s destruction specifically because his species can breathe in space, while it’s not an ability that carries over to Saiyans. This is true at the time, but Dragon Ball has slowly gotten more relaxed with this rule and Super Saiyan God Goku’s fight against Beerus occurs entirely outside the Earth’s atmosphere.

9 Ryuko & Ragyo’s Final Fight Is Set Against The Cosmos

Studio TRIGGER’s Kill la Kill mixes high school drama, Shakespearean tragedy, and exaggerated magical girl mayhem. Ryuko Matoi transfers to the prestigious Honnoji Academy with a vendetta to settle regarding a family tragedy and the owner of the other half of her scissor-like blade. Kill la Kill introduces Life Fibers, sentient extraterrestrial clothing that becomes the standard attire at Honnoji.

One of Ryuko’s greatest battles is against Ragyo Kiryuin and TRIGGER doesn’t hold back on this front with a showdown that occurs in space. It’s intentionally strange why Ryuko and Ragyo can survive these harsh conditions, but it seems to be an additional perk of the Life Fibers.

Neon Genesis Evangelion is a formative mecha series that’s become one of anime’s most evergreen titles due to its challenging and surreal depiction of depression and the apocalypse. The four Rebuild of Evangelion movies have a more polarizing reception than their source material series, but they’re undeniably gorgeous movies with stunning action sequences.

A telling change that’s made in the Rebuild films is that Kaworu Nagisa, the Fifth Child, is also actually the 17th Angel, Tabris. As an Angel, Kaworu doesn’t adhere to the standard rules of reality and part of his prolific message is conveyed while he comfortably moves through space.

Doraemon is an anime institution that’s been around for 50 years and accumulated thousands of episodes and dozens of feature films. Doraemon is light-hearted fare that’s not meant to be overly scrutinized. There are constant occasions where characters visit space and their ability to breathe is justified through any of Doraemon’s powerful gadgets and technology, like the Edible Spacesuit.

Doraemon digs a little deeper into this phenomenon in the film, Doraemon: Nobita’s Great Adventure into the Underworld, where Nobita questions why they’re able to breathe in space. Doraemon attempts to explain this through the idea that it’s a parallel universe that doesn’t follow the same laws of science as reality.

One-Punch Man takes place in a society where superheroes are commonplace and Saitama has grown increasingly frustrated over his inability to find a challenging opponent. Saitama may have finally met his match at the end of season one with Boros, who is so powerful that a single kick sends Saitama to the moon.

Saitama innocently illustrates his strength once he examines his new environment and then calmly leaps back to Earth to continue this fight. Saitama is only on the moon for a minute, and he happens to hold his breath, but this appears to be an instinctual reaction. He might have been fine in space without this extra precaution.

5 Morgan Le Fay Is A Fairy Princess Who Defies Convention

Ah! My Goddess: The Movie

Ah! My Goddess! is an entertaining seinen series that leans into fantasy staples once a college student inadvertently summons a goddess who permanently becomes bonded to him. Lots of anime get playful with the idea of domesticated deities, but there’s a real charm to the characters’ chemistry in Ah! My Goddess!

RELATED: 9 Best Anime For Fans Of The Alien Movies

The anime’s first feature film introduces an original character, Morgan Le Fay, who’s a misunderstood Fairy Princess. Morgan isn’t exactly a villain, but she carries a heavy burden on her soul. Morgan has a human form, but one glimpse of her in her Fairy Princess state and her ability to breathe in space shouldn’t surprise anyone.

4 Koichi And The DigiDestined Recuperate On The Moon

Digimon has established an impressive legacy, but some entries in the franchise get slightly less attention than others. There’s a strange episode of Digimon Frontier, “The Man in the Moon is You,” where Koichi and other DigiDestined wake up on a crater of the moon following their battle against the Royal Knights.

Koichi and company experience several of the moon’s perks, like reduced gravity, but it’s never questioned why they can all comfortably breathe in this terrain. Curiously, the DigiDestined’s moon-based antics might not actually indicate that they can breathe in space since Blue Moon and the rest of the Digital World’s Moon Base are technically just digital data.

The Last: Naruto The Movie

Naruto remains a battle shonen classic and the franchise continues to live on through its sequel series, Boruto: Naruto Next Generations. Naruto occasionally gets repetitive, but its heights are hard to top. One of the series’ most thrilling clashes involves Naruto Uzumaki’s fight against Toneri, which takes place on the moon.

The climax of The Last: Naruto the Movie revolves around Naruto and Hinata’s efforts to prevent Toneri from acquiring the Tenseigan. They’re unsuccessful and Toneri manages to cut the moon in half. Naruto’s savvy skills safely return the satellite to its orbit by the end of the fight, but Naruto’s ability to breathe in space is conveniently brushed aside.

Mukuro chooses to hide in the expansive cosmos until she’s eventually located and forced to retaliate. Mukuro has many impressive powers due to her Spirit status, but among them is the ability to survive for extended periods of time without food or air, which makes outer space the perfect hiding place.

1 Simon Transcends His Digger Roots As He Thrives In Space

Tengen Toppa Gurren Lagann is one of Gainax’s most celebrated series before Hiroyuki Imaishi would go on to form Studio TRIGGER. The hyperbolic mecha series doesn’t know the meaning of minimalism and the robot spectacles that occur in the final episodes are akin to galaxies gaining sentience and fighting each other.

Gurren Lagann‘s optimistic insurrectionists, Simon and Kamina, accomplish such incredible things that their ability to breathe in space barely even registers with the audience. Their resilience is likely a result of their intense Spiral Power energy, but it plays more like a generic convenience in Gurren Lagann as the anime sets the stage for its epic final battle.

NEXT: 10 Sci-Fi Anime Every Anime Fan Should Watch At Least Once