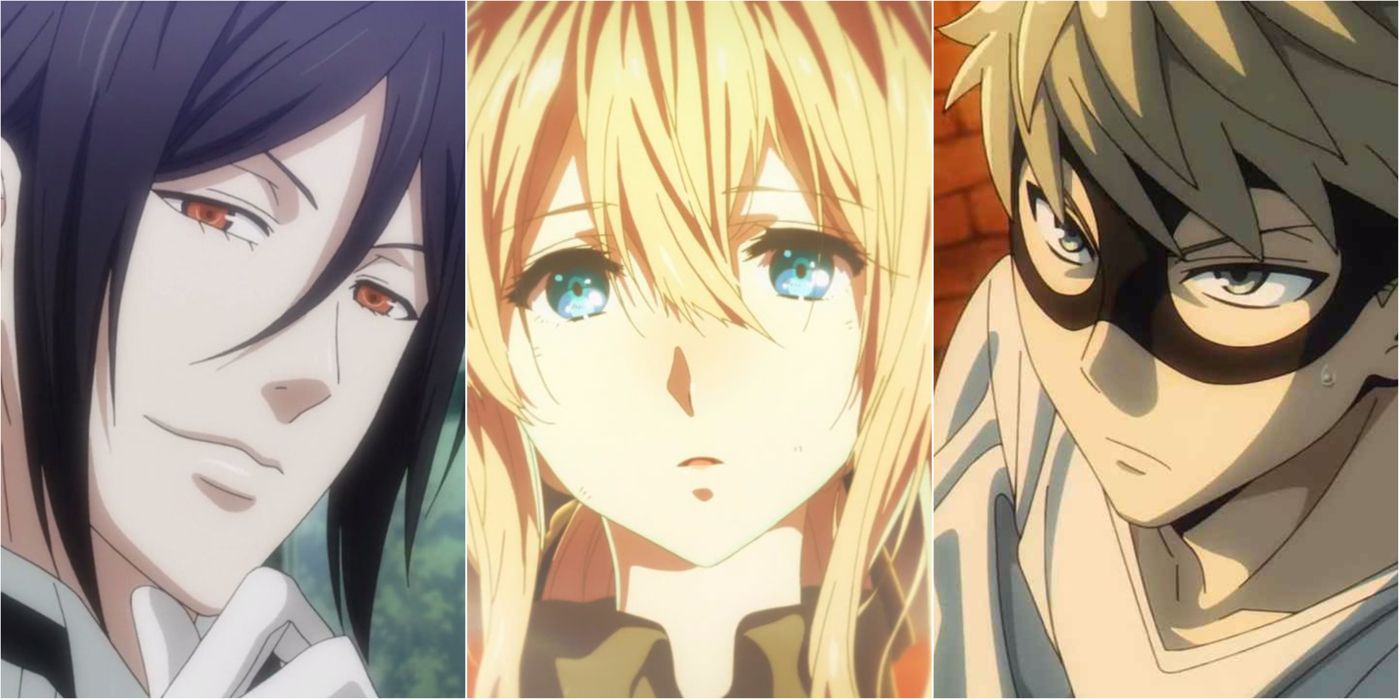 A typical anime hero is a free-spirited leader who is unafraid to push the envelope and make their own rules in life. A theme of a righteous and strong-willed protagonist going against their overly lawful superiors for the sake of the greater good is very prominent in anime.

Yet, not all heroes are spontaneous mavericks. Sometimes, achieving a virtuous goal requires playing by the rules and following orders from the higher-ups. Bound by their indisputable loyalty, a sense of duty, or restrictive outside forces that keep the hero in line, these obedient anime protagonists never break a chain of command.

Spy x Family’s Loid Forger has an undying loyalty to his country and his mission of preserving peace between the East and the West. As an undercover spy, he is prepared to do anything that is required of him, even put together a make-believe family.

Loid works himself to the bone, taking on as many missions as he can handle for the sake of the greater good. It’s no surprise that Loid is universally recognized as the world’s best spy, considering how effective and flawless he is at his job.

9/10 Griffith’s Word Is A Gospel To Casca

After being rescued by Griffith in Berserk, Casca developed undying devotion to her savior, joining his Band of the Hawk and eventually becoming its unit commander. Her loyalty to Griffith made her treat his words as absolute, indisputable orders.

Her desire to prove herself to the man was the original reason for Casca’s disdain for Guts, who Griffith valued more than her. Up until Griffith’s duel with the Black Swordsman, nothing motivated Casca more than her commander’s strength and determination, and she never even thought of questioning his decisions.

The titular protagonist of Golgo 13, also known as Duke Togo, isn’t loyal to any particular organization or set of ideals. Yet, whenever he is given orders to assassinate a target, he will not stop until his client’s mission is completed.

Thankfully, most of Golgo 13’s victims are far from innocent, so the audience never feels bad for rooting for a cold-blooded killer. Professional and reliable, Golgo 13 never forms bonds with his clients and refuses to form long-term contracts, not allowing personal feelings to get in the way of his job.

7/10 Both Ciel & Sebastian Have Masters They Serve

Both protagonists of Black Butler, Ciel Phantomhive and his demonic butler Sebastian Michaelis, follow their respective masters obediently. Rightfully known as the Queen’s Watchdog, Ciel carries out Queen Victoria’s orders without questions, looking past any moral ambiguities that come with protecting the Royal Family.

At the same time, Sebastian is bound to Ciel by a contract, flawlessly executing his duties as the Phantomhive butler and following his master’s orders. Even if Sebastian can be cunning and ingenuous in his actions, he never objects to Ciel’s commands.

6/10 Ren Is An Alien Programmed To Be Obedient

The entire premise of the sci-fi comedy shonen DearS revolves around the titular alien race crash-landing in Japan. The disturbing nature of DearS makes them want to imprint on a chosen Master and follow their orders.

The same is true for the show’s female protagonist, Ren, who dedicates her life to an ordinary boy Takeya Ikuhara after he saves her life. Thankfully, Takeya is a kind-hearted individual who doesn’t abuse his absolute power over the alien, yet, their dynamic raises some eerie doubts in the viewers.

Darker than Black’s protagonist, Hei, is a Contractor working for the Syndicate, a mysterious organization that controls countless government institutes from the shadows. Hei starts off as an obedient and stoic assassin for hire, never disputing the Syndicate’s orders, even if they go against his moral principles.

For a Contractor, who is usually devoid of emotions, he showcases a peculiar degree of compassion, even for his enemies. Yet, Hei rarely lets his feelings stand in the way of his orders, treating his objectives as absolute laws.

Despite being the Vice-Commander of the Shinsengumi, Gintama’s elite police force, Hijikata Toushirou is most loyal not to the government or the law. The only orders he deems absolute come from his Commander Kondou Isao, Shinsengumi’s foolish yet charming and inspiring leader.

Even if Kondou’s orders go against the government’s agenda, Hijikata supports his leader alongside his comrades. Eventually, the force becomes enemies of the government, yet, none of the ex-Shinsengumi members, including Hijikata, see a problem with that as long as they’re following Kondou’s lead.

Ghost In The Shell

Lieutenant Colonel Daisuke Aramaki from Ghost in the Shell is a prime example of a lawful character battling between his need to follow orders and his desire to do what is morally right. He is the Chief of Public Security Section 9 and is very protective of his subordinates.

Yet, being a government official, Aramaki must obey the law and act in his organization’s interest. Thankfully, his outstanding diplomatic skills help the Lieutenant Colonel kill two birds with one stone, carrying out his orders without compromising his morals.

The stoic, emotionless personality of Rei Ayanami puzzles her peers in Neon Genesis Evangelion. One of the most enigmatic characters in the show, Rei doesn’t let others know much about her inner workings and rarely showcases genuine emotions.

Only one aspect of her character is indisputable – her complete and total loyalty to Gendo Ikari, NERV’s ruthless Commander. Even if carrying out the mission can result in Rei’s death, the girl never opposes orders, realizing that she is an expendable element born to serve her mission.

A child soldier with no will of her own, the titular heroine of Violet Evergarden never knew how to be anything more than an obedient weapon. She was happy serving under her major, Gilbert Bougainvillea, guided by his commands instead of her judgments.

Never given an identity outside of being a war tool, Violet struggled to understand human emotions. After the war, the girl sought a clear purpose of her own. Violet’s character arc revolves around breaking free of her past and understanding how to live as a person instead of a weapon.