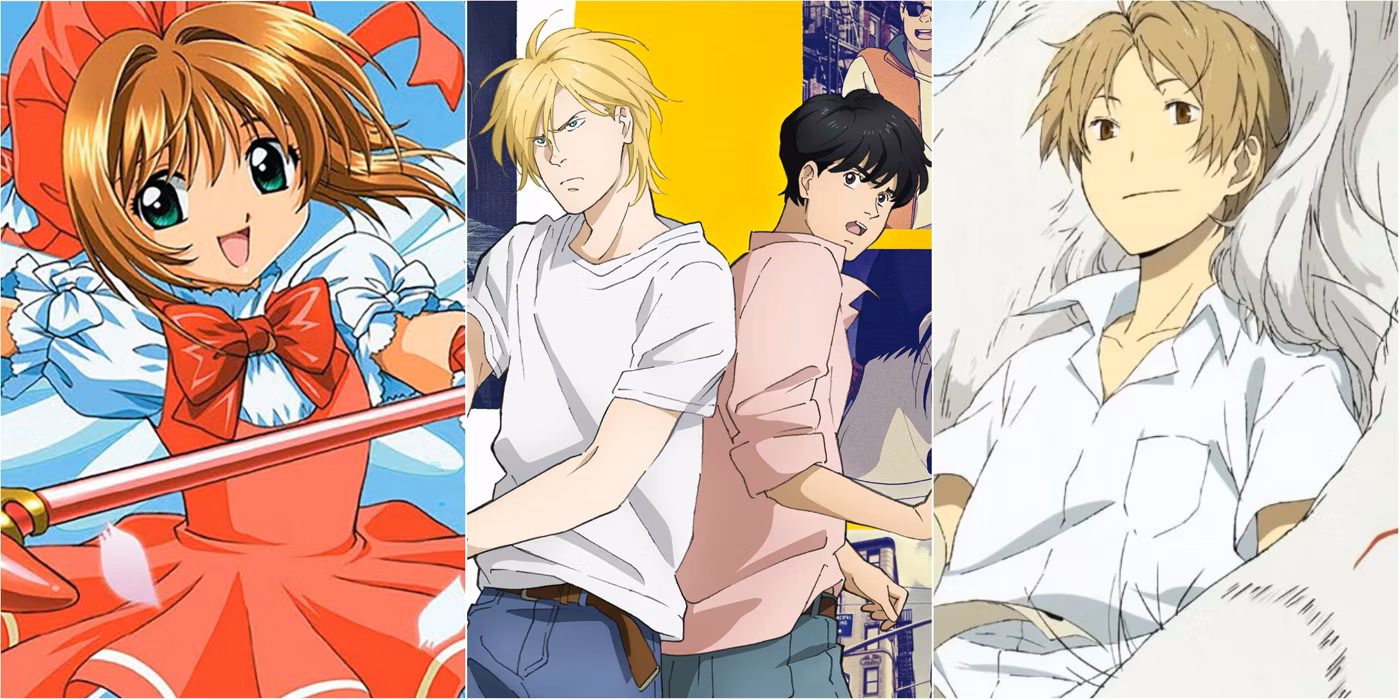 Shojo, shonen’s counterpart targeting a young female demographic, is one of the most underappreciated and misunderstood genres of anime. Being more niche, it’s not surprising that shojo series usually don’t have the same popularity as widely appealing action-filled, over-the-top shonen and seinen series, often tracking behind in terms of audience engagement.

Most beloved shows in the genre are cult classics with small but dedicated fanbases that have set expectations of what a successful shojo franchise must resemble. Yet, these unique shojo series astonished even hardcore fans by breaking into the mainstream despite doubts about their marketability and general appeal.

Fruits Basket started in the late ’90s as a shojo manga series about a kindhearted orphan Tooru and her relationships with the mysterious Souma family members. Soon, it received an anime adaptation that didn’t satisfy the series’ fans. Many thought that Fruits Basket’s story would end at that.

Yet, the franchise unexpectedly returned in 2019 with a new, source-accurate anime. It’s easy to assume that such an old series wouldn’t gather new fans. However, Fruits Basket surprised the skeptics by becoming one of the most successful modern shojo series.

An extremely soothing and slow-paced genre, iyashikei doesn’t speak to most mainstream anime viewers. So, it’s shocking that Natsume’s Book of Friends, a shojo iyashikei about a teen boy’s interactions with the supernatural world of Japanese folklore, captured the hearts of so many fans.

An unusual shojo with a male protagonist and no romantic tensions, Natsume became a hit due to its uniqueness. The series’ immersive ambiance transported the viewers into the alluring world of yokai, making them want to stay in this mystical fantasy land forever.

8/10 Cardcaptor Sakura Was A Surprise Hit With Adult Fans

The most surprising part of Cardcaptor Sakura’s success is not a result of the show’s mass appeal. Instead, it has to do with the kinds of audiences the series attracted. A seemingly generic magical girl show, Cardcaptor Sakura would’ve been an explainable sensation among little girls.

However, the series’ thematic depth and unexpectedly complex character writing appealed to adults even more than the show’s intended audience. As a result, Cardcaptor Sakura became one of the only conventional magical girl shojo series enjoyed by fans of all ages.

Needlessly dramatic and morally ambiguous supernatural love polygons are a staple of shojo, often to its detriment. At first glance, Vampire Knight fits this comical description to a t, following a cheerful girl Yuuki and her romantic endeavors with a group of attractive vampires.

It’s hard to imagine this story being a hit. Yet, Vampire Knight became a shojo cult classic, appealing to viewers who enjoyed it ironically and to dedicated fans who saw hidden depths in the characters’ tragic backstories and genuinely inventive development.

Even those who have never seen Ore Monogatari, also known as My Love Story, recognize the iconic character designs of the series’ main couple – a comically muscular and intimidating Takeo Gouda and his petite love interest, Rinko Yamato.

While most would deem a genuinely touching love blooming between those two impossible, Ore Monogatari defied conventional expectations. In fact, the series became one of the most successful romantic comedies in the genre, hitting the perfect balance between heartfelt, character-driven storytelling and hilarious gags.

It’s easy to dismiss Snow White with the Red Hair based on the name alone, expecting it to be just a run-of-the-mill shojo variant of a classic love tale. Thankfully, prejudice didn’t affect the show’s popularity as expected.

Fans recognized that, instead of relying on tiresome tropes, Snow White with the Red Hair gifts viewers with a uniquely compelling fantasy story. At the same time, it ticks all the boxes of a successful romance, engrossing the viewers in the developing relationship between a free-spirited herbalist, Shirayuki, and a hardworking prince, Zen.

At first glance, Kimi ni Todoke seems like a generic “boy meets girl” shojo flick with no depth or unorthodox appeal. Similar series come out every season and rarely get noticed by more than a handful of viewers. Yet, Kimi ni Todoke sets itself apart from its generic counterparts, which explains its unexpected success.

One of the most acclaimed series in the historical fantasy genre, Yona of the Dawn is a surprisingly popular shojo franchise with all demographics. At first, many anime fans dismiss it as a generic shojo flick, with the only aspect separating it from the others being its unique setting.

Nevertheless, once enough people gave Yona of the Dawn a try, its fame began spreading. This series has something to grasp the attention of any fan, from compelling action scenes and intricate worldbuilding to gripping romance and complex character writing.

Horror and shojo are polar opposite genres that rarely mix well together. Nevertheless, Ghost Hunt managed to unite these clashing genres, being a hit with both the supernatural horror crowd and diehard shojo romance fans.

The genuinely unnerving episodic occult investigations draw in the fans of the paranormal. At the same time, the palpable chemistry between the show’s leads, a cheerful part-time assistant of the Shibuya Psychic Research Company, Mai Taniyama, and her cold yet competent superior, Kazuya Shibuya, appeal to the regular shojo audiences.

Many things worked against the success of the now universally acclaimed shojo series Banana Fish during its initial release. Firstly, the anime was based on a manga from the ’80s, mostly appreciated only by a dedicated, small group of old-school fans.

Secondly, Banana Fish has a tremendously unusual plot for a shojo series, focused on the gritty and down-to-earth tensions of New York’s criminal underground. Yet, the 2018 anime adaptation shocked everyone by skyrocketing in popularity, proving the fanbase’s interest in unconventional, daring shojo stories regardless of their source.