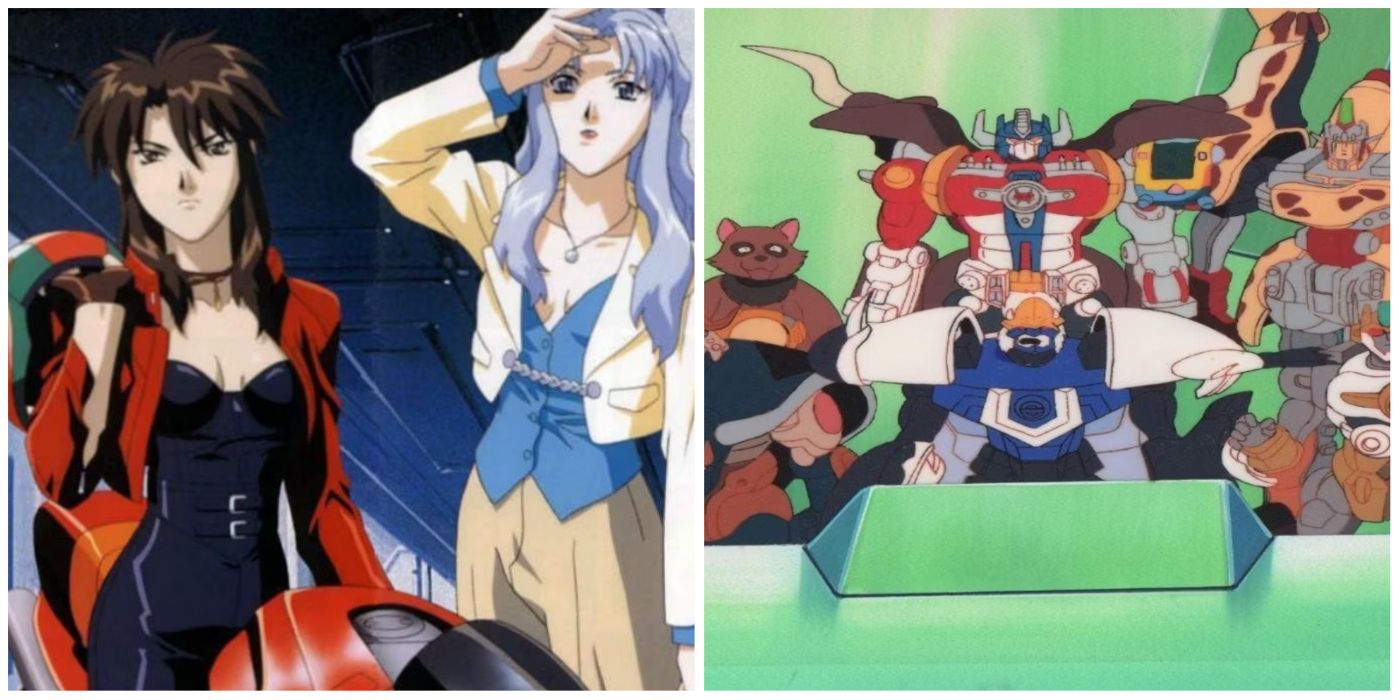 Behind all the cool robot fights in mecha anime is often insightful commentary on the state of society and conflict between humans. With that in mind, there are many mecha anime that might have been considered classics in the past that are now seen as dated.

Some mecha shows simply have bad writing or awful social commentary in retrospect, while others have become politically incorrect. That doesn’t mean there’s nothing to be gleaned from those shows, it simply means they aren’t as timeless as people once believed they were.

10/10 G Gundam’s Stereotypes Can Come Off As Offensive

Thanks to its premise and great shonen-styled fight scenes, G Gundam is one of the most beloved Gundam series in the West. In G Gundam, the creators shifted to Super Robot over Gundam’s usual Real Robot approach. They also went in a different direction when it came to the designs of the mecha.

These new Gundams didn’t resemble anything else in the Gundam world, and some designs are questionable. Many of the Gundams were based on stereotypes of the nations they were supposed to be representing. It’s possible to overlook those designs, but not every fan is going to be willing to do so.

Though Bubblegum Crisis Tokyo 2040 was seen as a mecha anime must-watch in the 2000s, things have changed considerably since that early era. While the original Bubblegum Crisis series manages to discuss how hyper-capitalism and technology used without restraint can ruin society, it remembers how to be fun.

The television series reboot on the other hand takes itself almost too seriously. It’s a dour show that drags on, taking far too long to put the team together and actually begin dealing with the boomers. Fans looking for more Bubblegum Crisis after the OVA series might find themselves disappointed.

8/10 Transformers Headmasters Gets Repetitive Over Time

The original Generation 1 Transformers were part of the amazing era of ‘80s cartoons that turned younger Generation X and older millennials into fans forever. However, the animated sequels Transformers Headmasters and Transformers Masterforce never quite made it over to the States.

But that might have been a good thing, as Transformers Headmasters quickly loses the appeal that made Generation 1 such an entertaining series. Instead, it devolves into a pretty repetitive series that involves the same cast of Autobots and Decepticons battling it out each episode.

Mobile Suit Gundam F91 was Tomino’s next work following the successful Char’s Counterattack film. Originally, it was to be a full-length series that followed another set of characters within the Universal Century. But after some production issues, it was shortened into a film instead.

Gundam F91 is a beautiful film that animation fans can spend hours gawking at, but the flaws are obvious in a single viewing. A long way from the mecha series that set the standard, the film has many moments that were clearly meant to be expanded on but were instead cut short to fit within the film’s 115-minute runtime. These days, it’s just a prologue to the much more beloved manga sequel, Crossbone Gundam.

6/10 Godannar’s Fanservice Is Out Of Control

Godannar was meant to be a 2000s version of the classic ‘70s and ‘80s Super Robot series. It focused on a married couple that piloted giant robots together to protect the Earth. The show was carried both by its animation, humor, and its giant robot designs.

However, while people may have enjoyed Godannar in the past, the fanservice in the series is far too blatant. The oversexualized character designs make Godannar the type of series that makes people get nervous about who might walk into the room while they’re watching it.

5/10 Sakura Wars Is Too Slow To Get Going

Sakura Wars is a lesser-known franchise from the late ‘90s and early 2000s that was a multi-media juggernaut within Japan. Not only was it a big video game series, but it had multiple anime series, including a television series that aired in 2000.

While the series was a faithful adaptation of the characters in the original game, looking back, it wasn’t the best. It took far too long for the main plot to get going, and each episode instead focused on the girls’ day-to-day lives working in the Imperial Troupe and battling a monster every week.

Victory Gundam is one of the strangest Gundam series in the Universal Century. There’s an entirely new set of villains, none of the cast from the older series are anywhere to be found, and its protagonist is a thirteen-year-old boy named Uso Ewin.

With the protagonist’s age in mind, Victory Gundam sets up possible romances with older women too often. These romances are mostly just teased at, aside from one character who literally stalks Uso, but that doesn’t make any of it more comfortable to watch.

Full Metal Panic’s storyline is about a military man being forced to become the bodyguard of a high school girl. Given the description, people might go into the series expecting there to be a mix between high-school shenanigans and mecha action.

But Full Metal Panic is far more comedy-focused, with mecha appearing rarely if at all in most episodes. Anyone watching this because they love mecha is going to be disappointed, and there are other series that balance high-school drama and giant robots a bit better these days.

Transformers fans generally see the Transformers universe as a serious place. After all, a war between two robot factions that’s lasted for several million years doesn’t exactly seem like a story for a bunch of jokes.

But the Beast Wars II series that’s a traditionally-animated spin-off of the original Beast Wars cartoon might be a rough sell to adults. Mecha fans who just like watching giant robots might love it, but Transformers fans going in looking for a serious story might not like it as much. Aimed at a younger audience, Beast Wars II is meant to be sillier and relies heavily on comedy for a lot of its episodes.

Gundam Wing was a smash hit for the Gundam franchise, and proved that the Alternate Universe strategy could work outside the Super Robot series G Gundam. While the series was a success, it does not hold up writing-wise.

Both the heroes and villains alike behave in ways that make them look cool rather than make logical sense. It’s still a fascinating watch from a nostalgic perspective and has some of Gundam’s best mecha designs ever, but those expecting to see the level of depth present in series like Gundam 00 or Gundam: Iron-Blooded Orphans are going to be disappointed.

NEXT: 9 Amazing Mecha Anime That Were Ruined By Their Endings