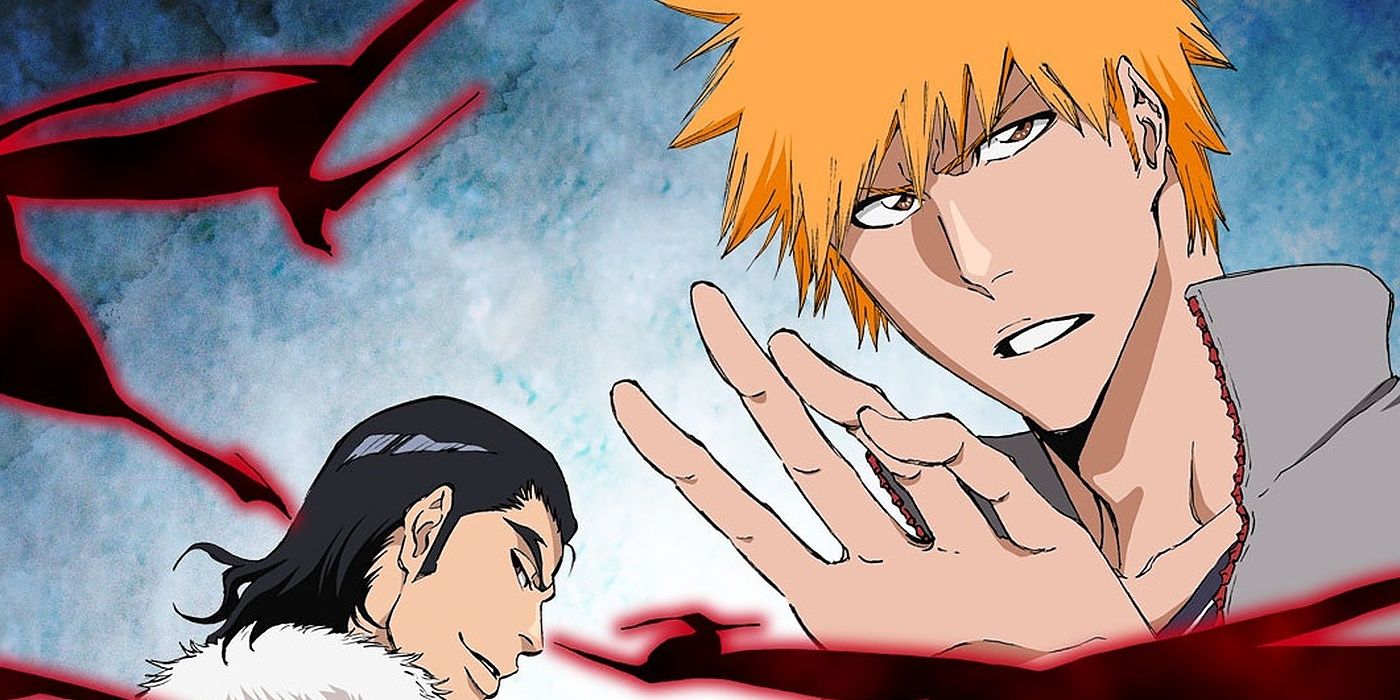 The Bleach manga, written and drawn by author Tite Kubo, launched in 2001. This was followed by Studio Pierrot’s Bleach anime in 2004, which aired until its cancellation early in 2012. Even for dedicated fans of the Bleach anime, 2012 was a pretty long time ago, and most fans may have forgotten most of Bleach‘s lore and characters by now.

The final season is almost here, and based on the trailers, the new Bleach season expects fans to be fully caught up on all the characters, lore, and combat system details when the new episodes start airing. Fans who haven’t read the manga’s final arc can dust off their knowledge of Bleach and refresh themselves on what makes this series tick before it’s time to resume the adventure.

One of the most basic but essential things for returning Bleach fans to remember is who’s in the main squad. Many shonen series feature a main team of friends, such as Demon Slayer‘s squad of Tanjiro, Inosuke, Zenitsu, and Nezuko. Protagonist Ichigo Kurosaki certainly has one, too.

Ichigo’s classmate Orihime Inoue is like a battle cleric with her supernatural barriers and healing powers, while Chad is a powerful melee fighter with his spiritually enhanced arms. Then there’s Rukia Kuchiki, Ichigo’s first Soul Reaper friend, and Uryu Ishida, Ichigo’s Quincy rival.

Uryu Ishida is more than just Ichigo’s rival turned friend. He belongs to the Quincy tribe, a group of Hollow hunters who use spiritual bows and arrows rather than zanpakuto to destroy Hollows. But while there are hundreds of Soul Reapers in operation, only Uryu and his father Ryuken of the Quincy tribe remain.

The Quincy were wiped out many years ago since their habit of completely destroying Hollows disrupted the natural flow of spirits in the Soul Society and the mortal plane. For this reason, Uryu deeply resents the Soul Reapers, and if any other Quincy exist, their anger may be far greater.

Early on, it seemed that Ichigo was the only member of his family who knew about Hollows, souls, and Soul Reapers, and he tried to hide all this from his single father, Isshin, and his twin younger sisters, Karin and Yuzu. But Isshin Kurosaki knew all along because he had been a Soul Reaper since before Ichigo’s birth.

Isshin has black Soul Reaper robes, a fire-based zanpakuto, and a connection to both Sosuke Aizen and Kisuke Urahara. All this makes Isshin highly relevant to Ichigo’s adventure, and he even helped Ichigo train to defeat Aizen with the final Getsuga Tensho.

7 Hueco Mundo Has A Power Vacuum

The desert world of Hueco Mundo is where most Hollows and Arrancars live, and for a time, the traitorous schemer Sosuke Aizen used this bleak realm as his home base. He overthrew Barragan Luisenbarn to serve as Hueco Mundo’s king from the palace of Las Noches, but that didn’t last.

After Aizen’s defeat, the world of Hueco Mundo had no ruler, and it became more of a dog-eat-dog jungle than ever. A few powerful ex-Espadas, such as Tier Harribel and Grimmjow, remain. But even so, Hueco Mundo is not the united world it once was.

6 There Are Still Surviving Arrancars, Such As Nelliel & Grimmjow

Most of Aizen’s Arrancar minions were wiped out over the course of Bleach, but a few of them did survive, and they’re still out there, roaming Hueco Mundo without a goal or purpose. The fallen Espadas Grimmjow and Harribel are the best examples, and without Aizen around, they are technically not Ichigo’s enemies anymore.

Then there’s Nelliel Tu Odelschwank, another fallen Espada who is openly friendly to Ichigo, along with her fraccione subordinates, Dondochakka and Pesche. Ichigo hasn’t seen them in a while, but there’s a chance he could run into them again for one more anime adventure.

5 The Soul King Rules Over All Of Creation

The elusive Soul King was never directly seen in the Bleach anime, but his presence was implied, mostly in terms of Aizen lamenting about the empty throne of heaven. Evidently, the Soul King is doing little to nothing to guide the universe, but he is still important.

Anime fans must remember the name and importance of this mysterious character before the new anime starts. The stakes will be greater than ever in the upcoming arc, and the distant Soul King is sure to play a role in all this. Ichigo may soon learn why Aizen made such a big fuss over the empty throne.

4 Sosuke Aizen Is Imprisoned, Not Dead

It is common for anime heroes to finish off the final villain, or in some cases, for a redeemed villain to sacrifice themselves to undo the damage they did. Slain shonen villains range from DIO the vampire to Meruem the ant king and Obito Uchiha, but Bleach showed mercy to Sosuke Aizen.

Aizen was sealed away after his defeat and not killed. In fact, he likely cannot be killed or destroyed at all, hence his capture and imprisonment deep in Muken, the Soul Society’s most secure detainment facility. When the anime resumes, Aizen will still be in there, waiting out his lengthy 20,000-year sentence.

Some shonen heroes have an inner spirit or monster, such as Naruto Uzumaki being Kurama’s jinchuriki or Yuji Itadori being Ryomen Sukuna’s living vessel. Then there’s Ichigo Kurosaki, who actually has two inner spirits, those being Zangetsu and his Hollow self.

Zangetsu is a man in dark robes who served as Ichigo’s guide, empowering him to use the power of his zanpakuto in battle after battle. Then there’s Ichigo’s Hollow twin, a white-robed battle fanatic who represents Ichigo’s bloodthirsty instincts and desire to win. Both will play a role in the upcoming arc, and they’re hiding some secrets of their own.

Ichigo has a good friend in Yoruichi, the Soul Society’s #1 martial artist and assassin. She used to command squad 2, but now Yoruichi is a heroic rogue who aids Ichigo’s party on her own terms and for her own reasons. She is also a good friend of Kisuke Urahara.

Yoruichi has never been seen using a zanpakuto, but she can use a melee-based kido form called shunko. With it, Yoruichi can greatly boost her combat power, and she just might use it again in the upcoming anime arc, complete with some new tricks.

1 The Soul Reapers Are Ichigo’s Allies & Friends By Now

Rukia has always been Ichigo’s friend, and even Byakuya Kuchiki now respects Ichigo and counts on him for support. Renji Abarai, Toshiro Hitsugaya, and Rangiku Matsumoto are also friends with Ichigo’s team, so anime fans can expect good things from them when the new story arc begins.

NEXT: 10 Longest Anime That Got Worse With More Episodes