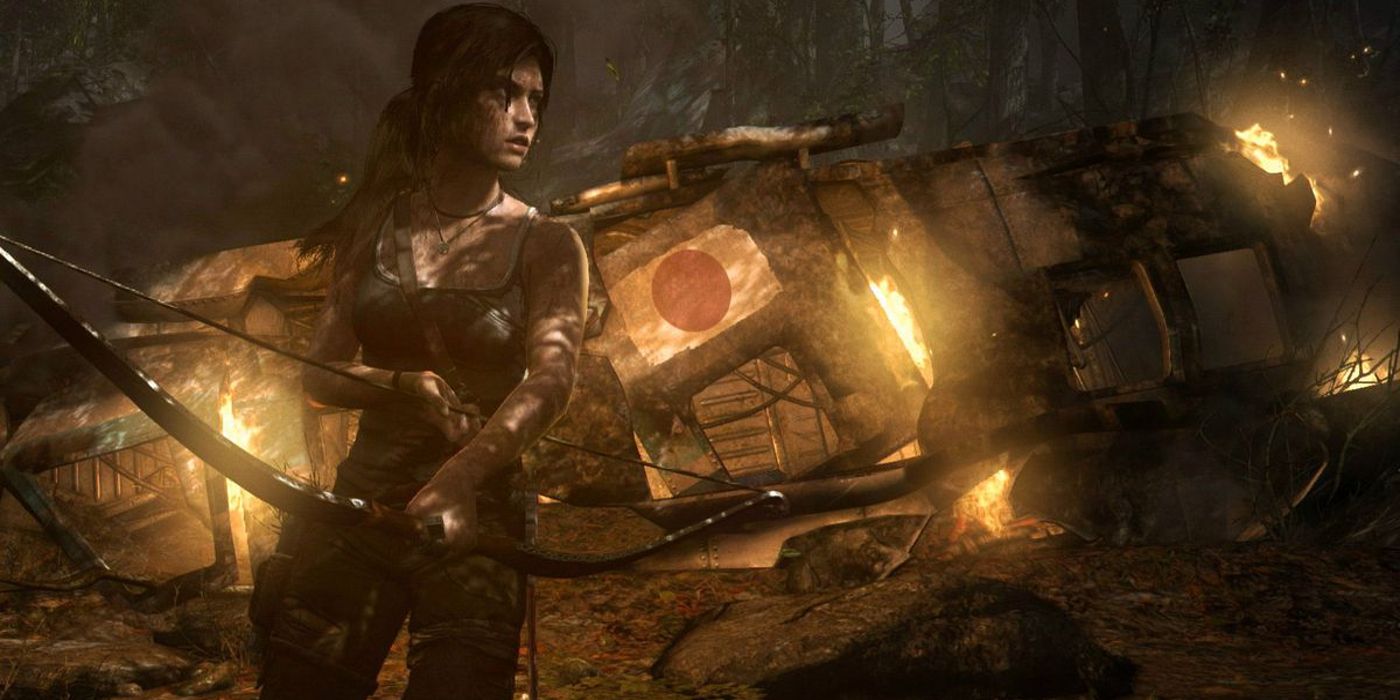 Video games have long provided a great source of cosplay inspiration, be it dressing up as Super Mario Bros., Link, Sonic, Kratos, or another popular character. This allows gamers to channel their favorite fictional costumes and personalities in ways they couldn’t in their daily wardrobe. The sense of escapist fantasy, recreating iconic moments from the game, and sharing the cosplay results online are true joys to behold.

However, cosplay can be incredibly expensive, time-consuming, and downright difficult without the proper guidance and practice, especially when trying to replicate the look of extremely complex video game characters. Fortunately, there is no shortage of simple yet instantly recognizable video game icons that will make for wonderful cosplay options in 2023, especially for those looking to do more dressing up this calendar year.

As simple as it gets, the famed video game brothers Mario and Luigi would make for an instantly recognizable cosplay in 2023, especially considering the upcoming release of The Super Mario Bros. Movie in April. All that’s needed is a pair of jeans or overalls, a red or green long-sleeve shirt, a matching flat cap, a cheap fake mustache, and brown boots.

As straightforward as Mario and Luigi’s costumes are, they are incredibly easy to coordinate. More importantly, it won’t cost the same amount of time and money as it would be to recreate the appearance of more elaborate video game characters likeMortalKombat‘s Jade and Kitana, for example. Unlike many complex video game characters that require hours of makeup, prosthetics, and ornate wardrobes, the low-maintenance plumber’s garb is effortless to achieve in real life.

Playable Street Fighter character Ken is instantly recognizable. He has made several crossover video game appearances and rarely wavers from his signature costume: a red Karate Gi with a black belt and tan hand wraps. Unlike many video game characters buried under heaps of clothing, Ken’s costume won’t take much to simulate for a novice cosplayer.

Whether springing for the official two-piece Karate Gi or using whole cloth in a DIY project, recreating the costume of Street Fighter‘s Ken Masters is as easy as it comes. All that’s required is a sleeveless red shirt that can be easily cut at home and matching pants with loosely frayed hems and black rope for a belt. Ken’s best friend, Ryu, from some of the best (and worst) Street Fighter properties, can also be done the same way but in white. While other characters, such as the beloved and well-known Chun-Li, are incredibly detailed to craft, Ken’s costume allows for easy maintenance for cosplayers.

RELATED: 10 Hardest Marvel Characters To Cosplay, According To Reddit

For those who want to dress up as an adorable Nintendo villain, Shy Guy has a basic wardrobe that isn’t hard to round up at home. Shy Guys made their first appearances in Yume Kojo: Doki Doki Panic, and have since become ubiquitous mainstays in Super Mario World, be it in Mario Kart, Mario Tennis, and other popular spinoff games.

While Shy Guys can change the color of their outfits, the uniform itself never alters. They typically wear a simple red hooded sweatshirt, blue pants, brown shoes, and a white mask. One of the unexpectedly great Mario Kart 8 drivers, Shy Guy requires little more than his signature outfit and a mask, which could be made by drawing three circles on a paper plate (two eyes and a mouth) or using an old hockey mask. Even if a hockey mask is used, the rest of the costume is so iconic and instantly recognizable that nobody will mistake Shy Guy for Jason Voorhees, even if both are iconic fictional villains.

Debuting as the protagonist in Grand Theft Auto: San Andreas, Carl “CJ” Johnson has a straightforward costume that gamers have come to instantly associate with the iconic character. While there are some harsh realities of replaying GTA: San Andreas, its customizable wardrobes, a franchise first, definitely holds up. CJ’s default outfit consists of a white tank top, baggy blue jeans, white boxer shorts, a brown belt, and black shoes.

Being set in the early 1990s, the game designers did a good job of replicating the fashion styles of the time, with the low-tech streetwear calling to mind O-Dog in Menace II Society and similar characters. Cosplaying CJ’s iconic look ahead of the game’s 20th anniversary would be a fun way for new cosplayers to pay homage to the character in 2023-24, allowing them to act out their criminal fantasies vicariously without paying real-life consequences. For extra authenticity, the protruding boxer shorts are sure to make every onlooker do a double-take.

RELATED: 10 TikTok Sounds That Are Perfect For Cosplayers

While many kids would prefer a funny movie character Halloween costume, dressing up as the cute little ghosts from Pac-Man is an incredibly simple prospect. Whether looking to be Clyde, Blinky, Pinky, or Inky, all that’s needed are orange, red, pink, or blue bedsheets with holes cut around the eyes. With jagged bottoms to round out the look, being a Pac-Man ghost for Halloween couldn’t be easier or more nostalgically rewarding.

As one of the earliest video game character creations, the amorphous pixilated blobs are small, bite-sized, and diametrically opposed to the elaborate Final Fantasy costumes that would take hours to complete. Whether wearing head-to-toe replicas or simply wearing a shirt top with the requisite color, cutout eyes, and zigzagging hem, this cost-effective family cosplay could allow parents to share some little-known facts about Pac-Man and the ghosts.

Anyone with fitness gear and urban sportswear in their closet can turn their household wardrobe into the iconic look of the Splatoon 2 Inklings, video game characters that have become so universally recognized that they’ve appeared in crossover titles like Mario Kart 8. To attain the look, all that’s needed are colorful sneakers, stretch athletic pants, and an official Squid hat. It’s perfect for a young first-time cosplayer going off to their first convention.

While the plastic ink-splatting guns are nice accessories that round out the cosplay appearance, they are not necessary for fashioning a simple homemade version. Instead, one of the best Nerf guns or a water gun will suffice. The last thing a new cosplayer wants to do is invest time, energy, and valuable resources into a video game costume that is either uncomfortable or impossible to recognize. Cosplaying as Inklings can be done with the comfort of regular clothing or form-fitting athletic garb, which will allow a new cosplayer to test out the hobby without a major time commitment.

Telltale’s The Walking Dead is an emotionally charged spinoff game that finds Lee Everett as the heroic protagonist who cares for a young girl as the zombie apocalypse rages on. With no time to worry about appearances, Lee wears a long-sleeve blue button-up shirt, white undershirt, faded jeans, weathered boots, and bloodstains. As one of the most beloved Telltale Walking Dead characters, Lee’s simple outfit would be instantly recognizable to fellow gamers.

With The Walking Dead TV show concluding a few months ago, 2023 is a great time to cosplay Lee Everett, especially since the video game was released 10 years before the show’s finale. Aside from the very simple and straightforward costume itself, which requires what many people already have hanging in their closets, dressing as Lee is a great way of honoring the lasting memories from the video game have provided over the past decade.

While Lara Croft has been a popular video game mainstay since the mid-90s, she has undergone a few different wardrobe changes over the years. Despite these changes, some of the best cosplay is Tomb Raider’s Lara Croft. Whether using the iconic 90s short shorts or the more recent dark khaki swap, the Tomb Raider series and its title character allows for a relatively easy cosplay for anyone new to the hobby to test out.

Along with a white or blue tank top with spaghetti straps and dark khakis or shorts, a cosplayer can simply swaddle their appendages with a few tattered rags to simulate Lara’s bandages. Beyond those simple clothing items, a pair of sturdy hiking boots will complete the basic costume. Lara has always been low-maintenance and resourceful by using nature to her advantage and her costume reflects as much.

Joel Miller – The Last Of Us

The Last of Us, has great main characters, including protagonists Joel and Ellie, two unlikely souls who help each other survive a post-pandemic zombie apocalypse and trek across the land in very ordinary clothing. As a result, Joel typically wears a flannel or denim long-sleeve shirt, work boots, a pair of khakis or cargo pants, and a watch, all of which are fairly simple to find.

Recently adapted as an HBO TV show, there’s no better time or easier way to cosplay as Joel Miller. Starring Pedro Pascal, the series follows an angst-ridden society coming out of a devastating pandemic and speaks to the zeitgeist of the moment in the real world. This proves once again that HBO is at the forefront of the best TV adaptations with a popularity that will allow first-time cosplayers to copy Joel’s style.

With the meme-ability of Uncharted‘s Nathan Drake, it’s not surprising that his assuming fashion sense will catch the eye of any novice cosplayer. Due to the recent movie adaptation starring Tom Holland in the lead role, the character is experiencing a resurgence in popularity. An understated look, Nathan’s rugged attire includes a basic white or blue Henley shirt, well-worn jeans or cargo pants, a blue neckerchief, and a pair of boots.

As such, anyone can manage to cosplay as Drake with as few resources as possible, so long as they have access to a thrift store. Much more important is Drake’s iconic ring that he wears around his neck, which belonged to his longtime ancestor, Francis Drake, and Drake now uses as a makeshift key to decode an ancient mystery. A simple ring worn on a neck chain will suffice and become instantly noticeable when paired with the rest of the costume.

MORE: Most Popular Video Game Characters To Cosplay, According To Data