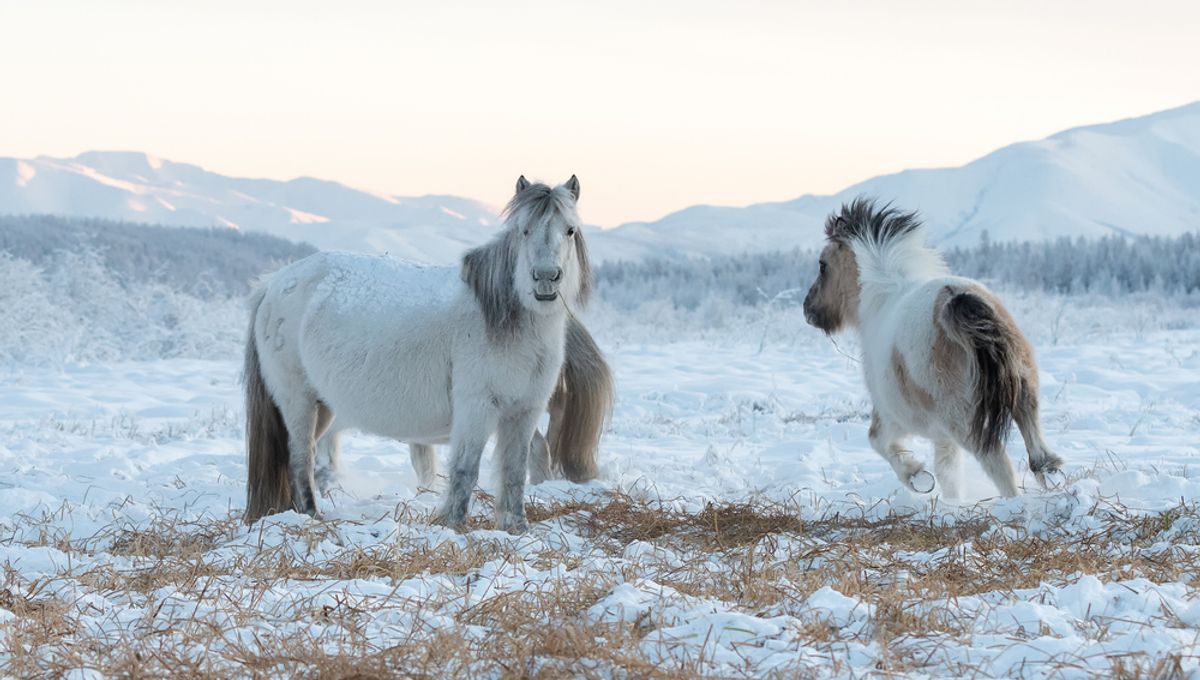 Scientists have revived a number of ancient viruses that have been locked deeply in the Siberian permafrost since the Ice Age. While the research undoubtedly sounds risky, the team believes it’s a threat worth looking into when we consider the growing perils of thawing permafrost and climate change.

In a new paper, which is yet to be peer-reviewed, the researchers explain how they identified and revived 13 viruses belonging to five different clades from samples collected in the icy Russian far east.

Among the haul, they managed to revive a virus from a permafrost sample that was around 48,500 years old.

They also revived three new viruses from a 27,000-year-old sample of frozen mammoth poop and a chunk of permafrost stuffed with a large amount of mammoth wool. This trio was aptly named Pithovirus mammoth, Pandoravirus mammoth, and Megavirus mammoth.

These viruses infect amoebae, little more than single-celled blobs that live in soil and water, but experiments indicated that the viruses do still have the potential to be infectious pathogens. The team introduced the viruses into a culture of live amoebae, showing that they were still capable of invading a cell and replicating.

The project comes from a team of researchers at Aix-Marseille University in France who previously revived a 30,000-year-old virus found in Siberian permafrost in 2014. With the latest bunch of viruses including one that dates to 48,500 years ago, the researchers have possibly revived the oldest virus yet.

“48,500 years is a world record,” Jean-Michel Claverie, one of the paper’s authors and a professor of genomics and bioinformatics at the Aix-Marseille University’s School of Medicine, told New Scientist.

Writing in their paper, the researchers explain that more work needs to focus on eukaryote-infecting viruses, noting that “very few studies have been published on this subject.” They explain that rising temperatures from climate change are likely to reawaken many microbial threats, including pathogenic viruses, from the ancient past.

“As unfortunately well documented by recent (and ongoing) pandemics, each new virus, even related to known families, almost always requires the development of highly specific medical responses, such as new antivirals or vaccines,” the study authors write.

“There is no equivalent to ‘broad spectrum antibiotics’ against viruses, because of the lack of universally conserved druggable processes across the different viral families. It is therefore legitimate to ponder the risk of ancient viral particles remaining infectious and getting back into circulation by the thawing of ancient permafrost layers,” they add.

The paper was recently posted on the preprint server bioRxiv.