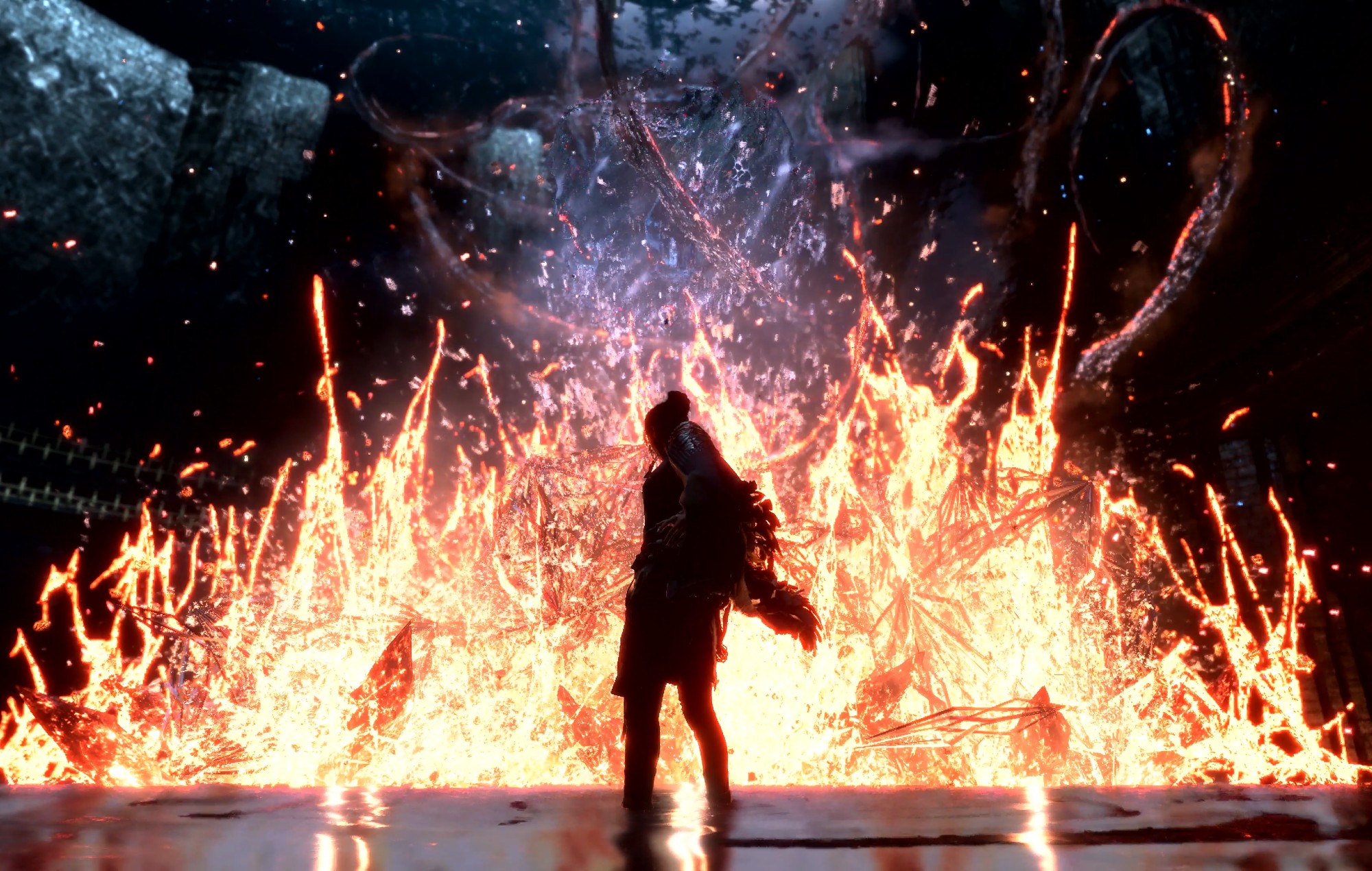 Forspoken is a bit of a mess. The next game from Final Fantasy XV’s Luminous Productions is a mechanically solid open-world adventure game with a fantasy narrative that has been focus-tested much too far. Plucky orphan Frey Holland is whisked into a magical world and lumbered with divine purpose, superpowers and a smarmy British sidekick. You’ve seen it all before, but Forspoken’s New York opening, with its foreshadowing pockets of heavy-handed gameplay, doesn’t miss an opportunity to bat you over the head with a familiar premise and some seriously hammy dialogue, leaving a difficult first impression.

The only vibrant book on Frey’s dining room table is Alice In Wonderland, and she’s got a cardboard escape plan on her bedroom wall. It’s not technically long in truth, but it sure feels like a while before you land in Athia, the sizable mythical realm where the meat of Forspoken takes place. Four big bosses are spread across its landscape, which is corrupted by a suspicious environmental plague called The Break. Your first stop is the chatty hub town of Cipal, which provides Forspoken’s archetypal supplementary cast.

Even then, a slow-burn introduction of systems and abilities makes it feel like one long tutorial until about Chapter 5. Forspoken runs the gamut of dated mission types, from forced stealth to escort and plenty of interact-a-thon exploring jaunts. What’s tragic about all the cutscenes you wish you could play is that the ambient open-world gameplay is actually heaps of fun when Forspoken lets you off the leash.

The much-marketed magical parkour mechanics feel as high quality as they look, and if you aren’t holding Circle at all times to add flourish to Frey’s movements, you’re doing something wrong. Especially when you unlock the mid-game ‘Zip’ spell —and eventually, surfing — Forspoken ekes out some Spider-Man-esque traversal bliss. If only it didn’t have fall damage, which feels like a purposeful bullet to the foot. It helps that the combat is just as fluid and very moreish, with a hack-and-slash letter-grading system that teases you into some cool combos. Frey blasts, slices and guns down her enemies with a variety of arm-mounted attacks, building towards cool special moves and timely finishers. 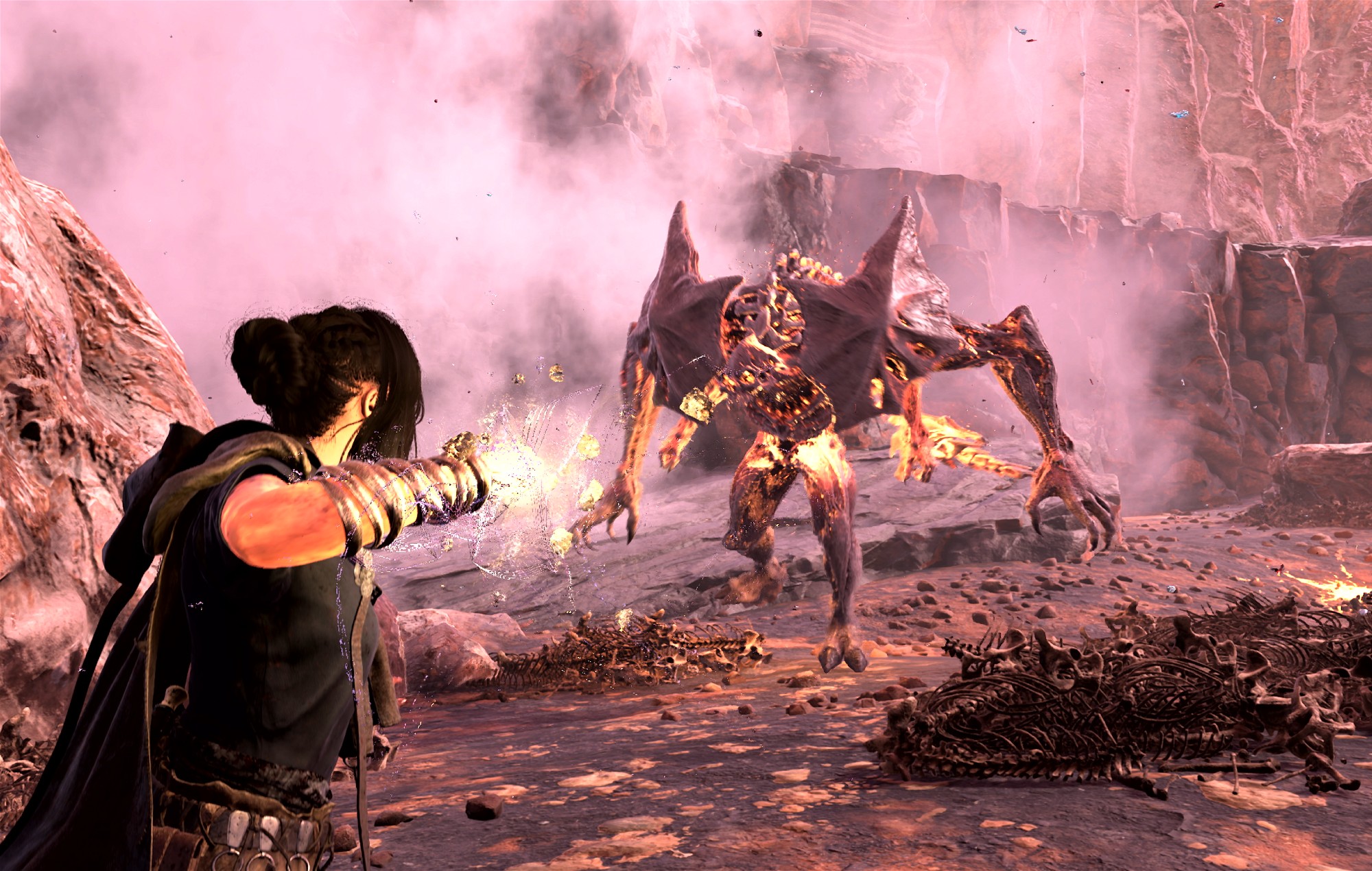 It has shades of Remedy’s Control as you drift through the air and deliver satisfying trick shots and projectile ripostes, but it lacks the quality encounter design. Outside of arena-based boss battles, you’re pretty much always fighting in open areas against a litany of spongy predictable creatures. Luckily, the variety of magicks, like quirky Gundam lock-on spells and feinted swashbuckling, will keep your fingers interested. Forspoken can feel a bit like Dynasty Warriors when you run into a crowd of Break-suffering dorks and start throwing them around like an empty tracksuit with your elemental Musou magic.

Like its drop-in drop-out, open-world combat, I loved Forspoken’s blase approach to resource collection and its pop-up stat-building battles and dungeons. After slogging through tiresome scripted missions, it was a breath of fresh air to peel through the environment, see some nice vistas and build Frey’s skills via optional exploration. Forspoken even has some cool ideas in this regard, like its collectable nail-painting techniques that provide special ability buffs.

Environmentally speaking, Forspoken is a perplexing mix of detail and absence. It looks like Dark Souls 1 and 3 in equal measure. Sometimes, when it’s just Frey and the environment, the stunning particle effects and nifty animations make Forspoken uniquely beautiful. There’s a sequence in the late-game where you parkour through a facsimile of New York that was a real feast for the eyes. But it’s when the game slows down, in its cutscenes, hub areas and close-ups, that you start to notice the juxtapositional cracks.

Held items are weirdly big, the creature design is all over the place, and some NPC movements are cut together awkwardly. Background characters are uncanny androids that look like they’ve just walked out of a FIFA crowd, so they stick out like a sore thumb next to the photorealistic main cast.

One complimentary holdover from Final Fantasy XV is the wonderful clothing asset work. The outfits in Forspoken are fantastic. The lustre of a puffer jacket, the brilliance of a feathery cape, and the way coin accessories and chains glimmer and swing stood out to me. Similar praise must be given to Forspoken’s use of typography, and its general user experience and interface design, which goes unnecessarily hard. As a tech demo for the Luminous Engine, Forspoken is a remarkable thing — I just wish there was a better idea to make the most of its technical prowess.

Unfortunately, I found a serious clash between the widest-net-possible themes and the photorealistic humanity of Forspoken. There’s plenty of the old ‘Did I just do that? How is this happening — to me?!’ Whedon-esque whimsy until suddenly there’s an oversized gun and a threat of ‘leaving your body in the fucking alley’. Some of the story beats are pretty heavy, too, especially early on. 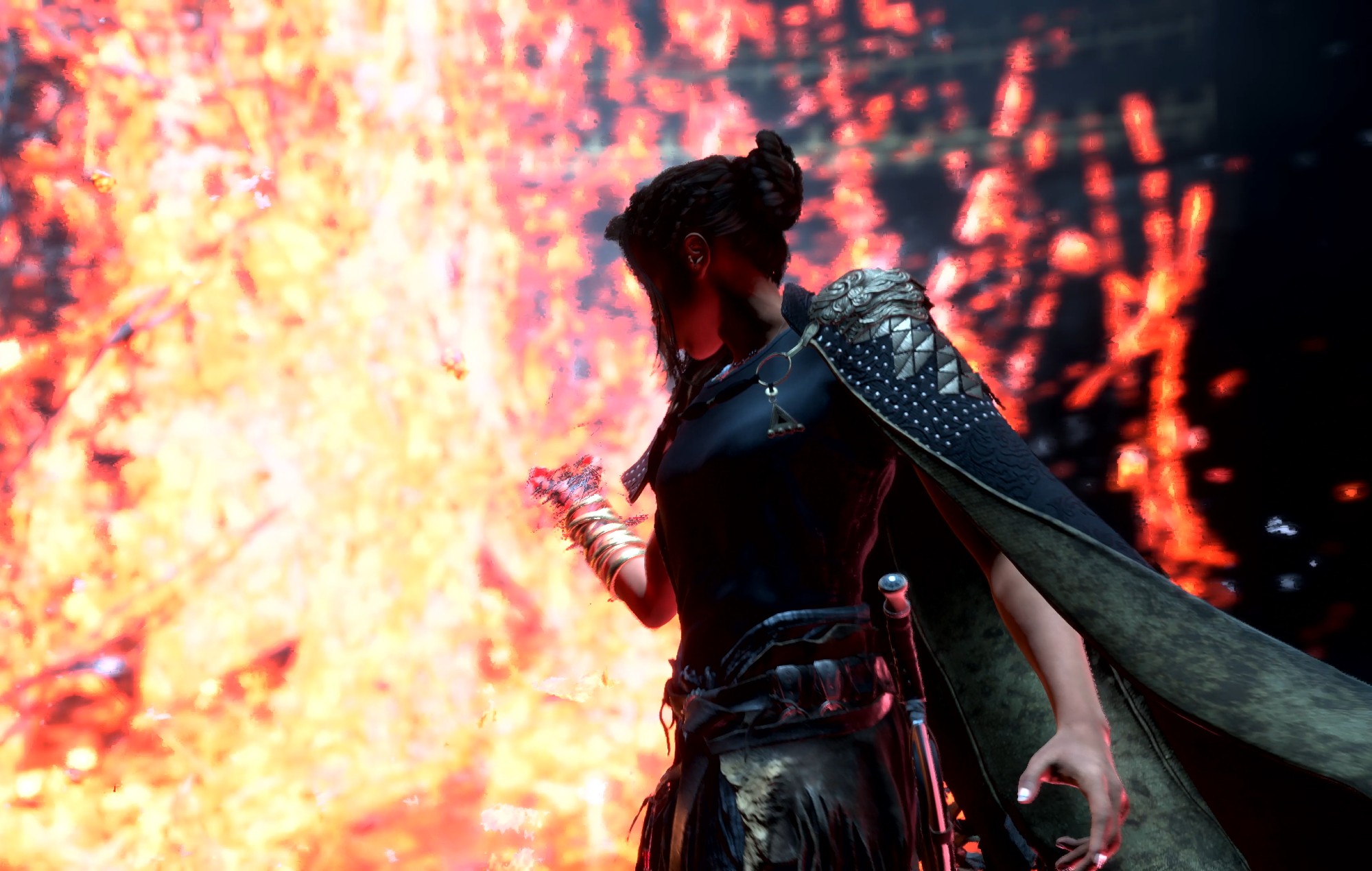 Forspoken loves effing, jeffing and being a bit edgy, but wields its swears like an impressionable teenager who’s just come out of The Wolf Of Wall Street. It’s one of the more baffling writing choices, as it puts the game at odds with its ‘development hell Marvel movie’ vibes. I feel like a script revision to make it family-friendly would only have been a positive for its potential audience, as it doesn’t achieve much with the specifically adult parts of its script beyond creating viral bait for the irony-poisoned. Forspoken is a lot more palatable when it is riffing off of trite-and-tested millennial comedy vehicles like the absurd clash of real-world objects with fantasy settings and characters who don’t understand them. Not exactly groundbreaking, but hey, it works.

It’s a shame because the voice acting talent behind characters like Frey and Cuff is of obvious quality throughout. Most of the side performances are solid too, and there are some jokes that actually land in the script beyond the clips that have made the rounds online. The actors just seem to be working within a half-baked world, where the protagonist is written to be derisive of their potentially interesting surroundings and extremely determined to equate everything to some aspect of New York culture. The humble Knish gets a surprising amount of script time…

Forspoken is out now on PC and PS5. We played it on PS5.

There’s nothing bespoke about Forspoken’s world, which is why it’s so hard to get caught up in its atmosphere, no matter how it feels to play. It’s a long-haul montage of middling action movie trailers beamed directly into your skull, and you don’t even get to watch a cracking film at the end of it. I’m sure the mechanical joy hiding under its disjointed set dressing will be worth it for some, but it feels like the kind of flat tire that is destined to have its ‘so bad its good’ merit extolled in YouTube videos later down the line. It’s a rare miss for Square Enix, as its big RPGs usually tend to find an audience, even if they do have a bit of jank about them, but I’m not sure Forspoken even knows who it’s targeting.