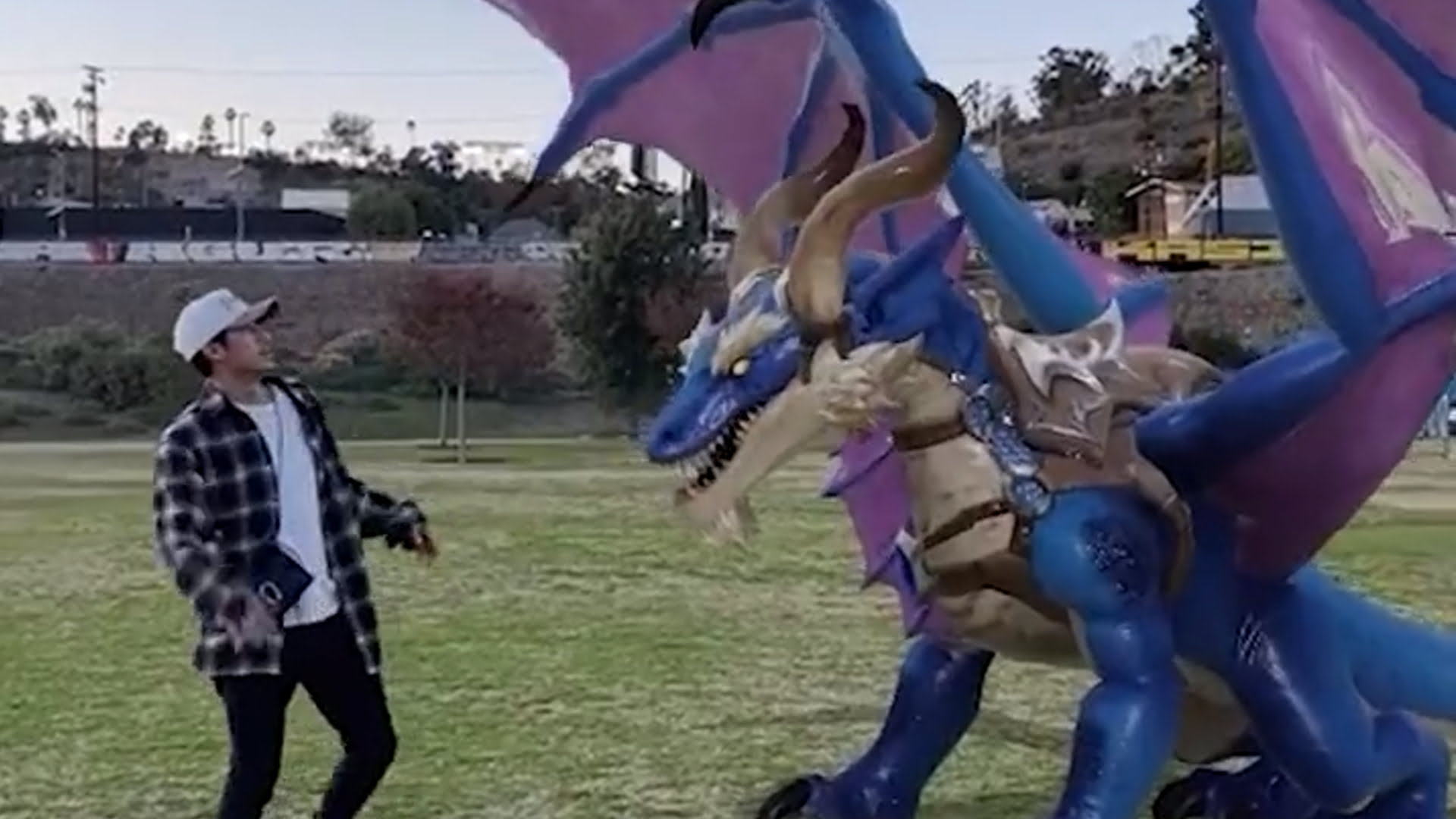 Hold your own AR dragon from the World of Warcraft universe in your own living room with the Dragonflight AR experience from Blizzard.

World of Warcraft is one of the most successful MMORPGs of all time and generates billions in revenue for publisher Activision Blizzard. The PC-exclusive online role-playing game is regularly updated with new expansions and a total player base of almost 150 million users. Now there’s also an augmented reality experience themed around the next expansion of the main game.

On November 28, 2022, the ninth expansion pack “World of Warcraft: Dragonflight” releases, introducing dragon riding as a feature for the first time. All heroes get their own customizable dragons.

Shortly before the release of the expansion pack, Activison Blizzard is doing a lot of advertising and has brought in well-known actors such as Pedro Pascal (Game of Thrones, The Mandalorian) and David Harbour (Stranger Things).

They are not promoting the upcoming WoW expansion itself, but a free AR experience for Dragonflight. With it, you can bring the dragons from World of Warcraft into your own home. The experience works with any smartphone, regardless of whether it’s iOS or Android.

How to get your AR dragon

The Dragonflight AR Experience is browser-based, so you don’t have to install an app. Scan the QR code on the Dragonflight website and allow access to the smartphone camera. Next, choose from one of four dragons. These include a veloci dragon, an erneverter protodragon, a wild dragon, and a highland dragon.

Using the smartphone camera, the digital dragon appears in any physical location, such as your living room or a meadow. Tap and hold the dragon and drag it across the smartphone screen to move it around or zoom in and out by simultaneously spreading two fingers apart.

Use the action buttons at the bottom of the screen to trigger a gesture or roar while taking snapshots or videos. If you switch to the front camera, you can even take a selfie with the dragon. If you don’t like WoW but still have a soft spot for AR dragons, you should take a look at the AR app for House of the Dragon. It also offers a bit more functionality. You have to raise and feed your dragon and can give it voice commands.

Note: Links to online stores in articles can be so-called affiliate links. If you buy through this link, MIXED receives a commission from the provider. For you the price does not change.