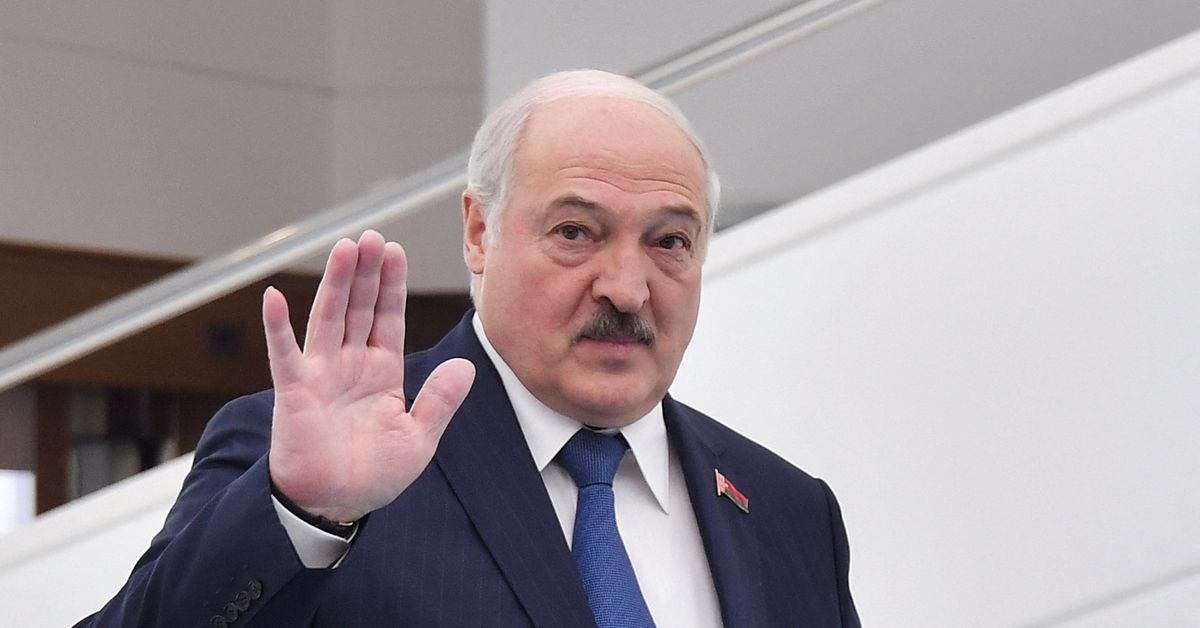 Jan 24 (Reuters) – Belarusian leader Alexander Lukashenko said on Tuesday that he had been asked to conclude a non-aggression pact with Ukraine, the Belta state news agency reported, citing comments that suggested he saw Kyiv as a potential threat.

Lukashenko, a close ally of Russian President Vladimir Putin, disclosed the alleged offer to a meeting of government and law enforcement officials at which he also accused Ukraine – without evidence – of allowing its territory to be used by the West to train and arm militants who could destabilise the situation in Belarus.

Lukashenko was quoted by Belta as saying:

“…They are asking us not to go to war with Ukraine in any circumstances, not to move our troops there. They are proposing we conclude a non-aggression pact.”

It was not immediately clear from his comments whether Ukraine itself or the West had made the alleged offer.

There was no immediate response from Kyiv, where officials have said they are worried that Moscow may use Belarus as a launching pad for a new attack on Ukraine from the north.

The Kremlin declined to comment “for now” on whether Lukashenko would discuss the alleged offer with Putin.

Minsk allowed Moscow to use Belarusian territory to send troops into Ukraine on Feb. 24 last year. Its own troops have so far not fought in the war however, while stepping up joint military training with Russian forces deployed in Belarus.

In the same speech, Belta cited Lukashenko as accusing Ukraine of hosting militants who could be part of an alleged long-term Western plan to destabilise his country.

“I don’t know why the Ukrainians need this,” Lukashenko was quoted as saying. He said his security forces would respond harshly to any threat to internal order and did not want a repeat of mass protests against him in 2020/21 which he cast at the time as part of an alleged Western regime change plot.