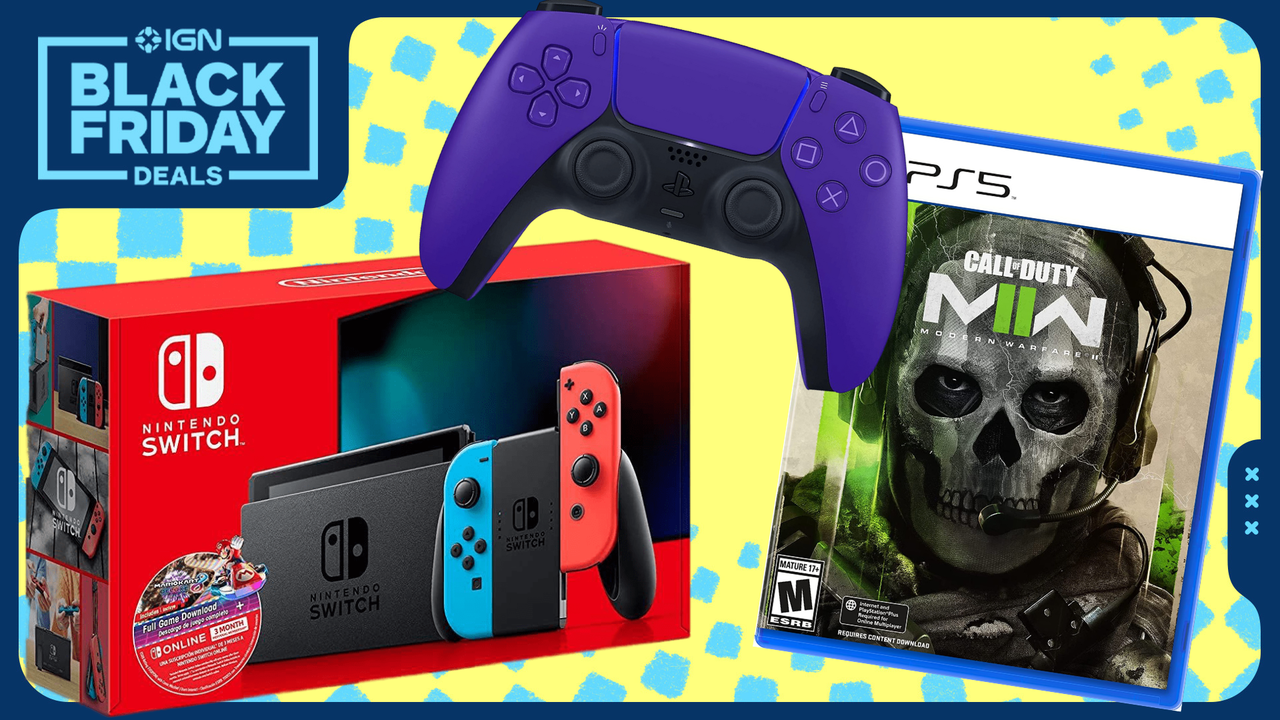 Read on to find all the best deals, or you can also scroll down or click the shortcuts to jump directly to your console of choice. Happy deal hunting.

PS5 and Xbox Series X|S Are in Stock

The only difference between this Xbox Series S and the normal one is the (holiday themed) box it comes in.

If you or someone on your gift list would like to find a shiny new game console under the tree this year, you an actualy make that happen. Right now, for the first time in two years, Walmart has PS5 and Xbox Series X consoles just sitting in stock, ready for anyone to buy. Grab ’em if you want ’em.

The official Meta Quest 2 Black Friday deal is live now at all the major retailers. It saves you either $50 or $70 off the MSRP, depending on the storage you choose. Plus, it includes Resident Evil 4 VR and Beat Saber.

Sony has already kicked off Black Friday pricing on PlayStation games across almost all of the retailers. Plus, accessories like PS5 DualShock controllers are on sale for $49.99. Enjoy just about all things PlayStation for a cheap.

Nintendo has brought back its ultra-popular Black Friday console bundle, which gets you a Switch, a digital copy of Mario Kart 8 Deluxe, and a three-month membership to Nintendo Switch Online. That gets you access to online play as well as a wealth of classic games from NES, SNES, Nintendo 64, and Sega Genesis.

All the retailers have dropped prices on Nintendo games, now that the official Nintendo Black Friday sale is live. You can snag some great first-party games for a relative pittance. And as for accessories, the main one available now is on Switch memory cards. We’ll add more early Black Friday deals as they go live, so check back soon.

The only difference between this Xbox Series S and the regular one is the box it comes in.

This is neat: those who want to embrace the digital-only future can save $50 off a brand-new Xbox Series S right now at a number of retailers. Walmart, Best Buy and the Microsoft Store are all participating, but Amazon has it for $10 cheaper. Noice.

Visit Night City and prepare for the upcoming DLC pack in the current-gen version of CDPROJEKTRED’s first person RPG.

Xbox controllers are already on sale for their Black Friday prices, so don’t hesitate to grab the color you’ve had an eye on.

Home arcade machines are getting big discounts at Best Buy right now, with up to $400 off. Not too shabby.

Sign up during the Black Friday sale season and save 25% on an annual membership. You can also sign up for a free 30-day trial.