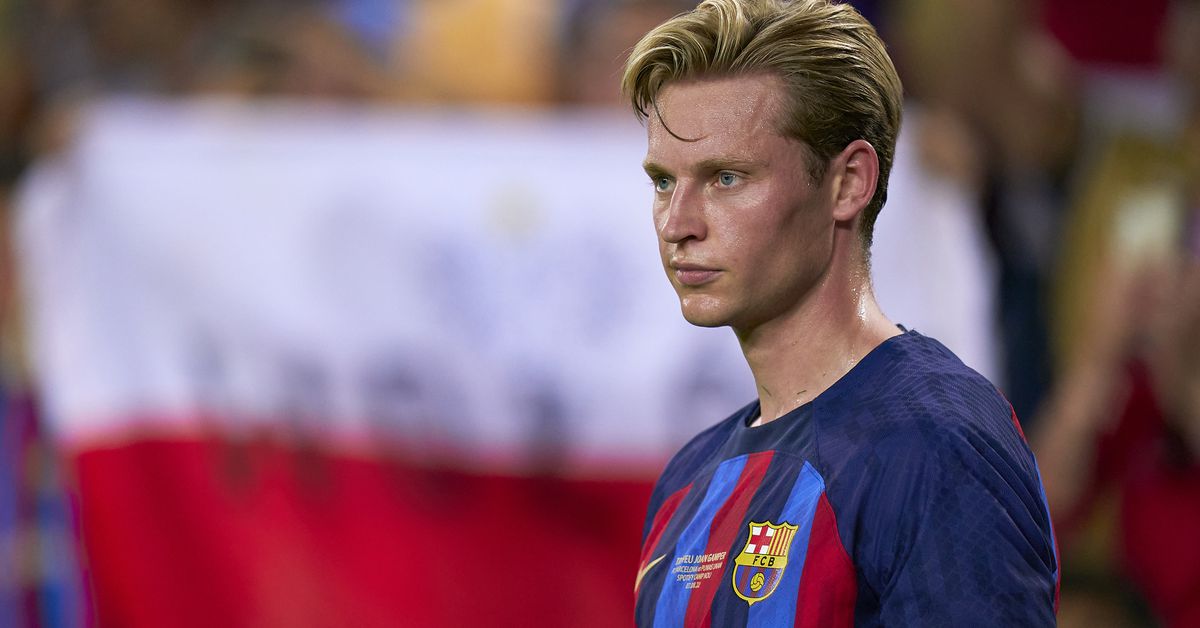 And yet, Frenkie De Jong still wants the latter.

He’s rejected an approach from Manchester United and, as detailed in the Telegraph’s rundown of United’s failure, he also gave Chelsea “so little encouragement” that we haven’t even bothered to submit a bid yet — even though we could match United’s €75+10m offer, and also cover the €18m in deferred wages that he’s owed by Barcelona, and which Barcelona are trying to fight in the Spanish courts. Because nothing says we love you than a bit of legal action, right?

Barcelona have reiterated to Frenkie de Jong he must take a 50% pay cut or leave. They expect decision imminently. They want it today. Threat of legal action against current deal hasn’t moved further yet. As reported, #CFC optimistic of an €80m+ deal but waiting on FDJ decision.

While some reports continue to maintain the possibility that Chelsea could un-brainwash De Jong, the Barca Kool-Aid is strong and apparently the 25-year-old’s family would also prefer to stay, which obviously plays a big role as well.

With three weeks to go until the end of the window, there’s plenty of time for things to change dramatically, but right now, it sure looks like we’re just wasting our time.

FDJ’s agents have told Chelsea & Barça not to use intermediaries in talks after Barça pres. Laporta tried to involve Pini Zahavi. Feeling is that will only hinder things. For now, FDJ camp remain clear that they don’t intend to move