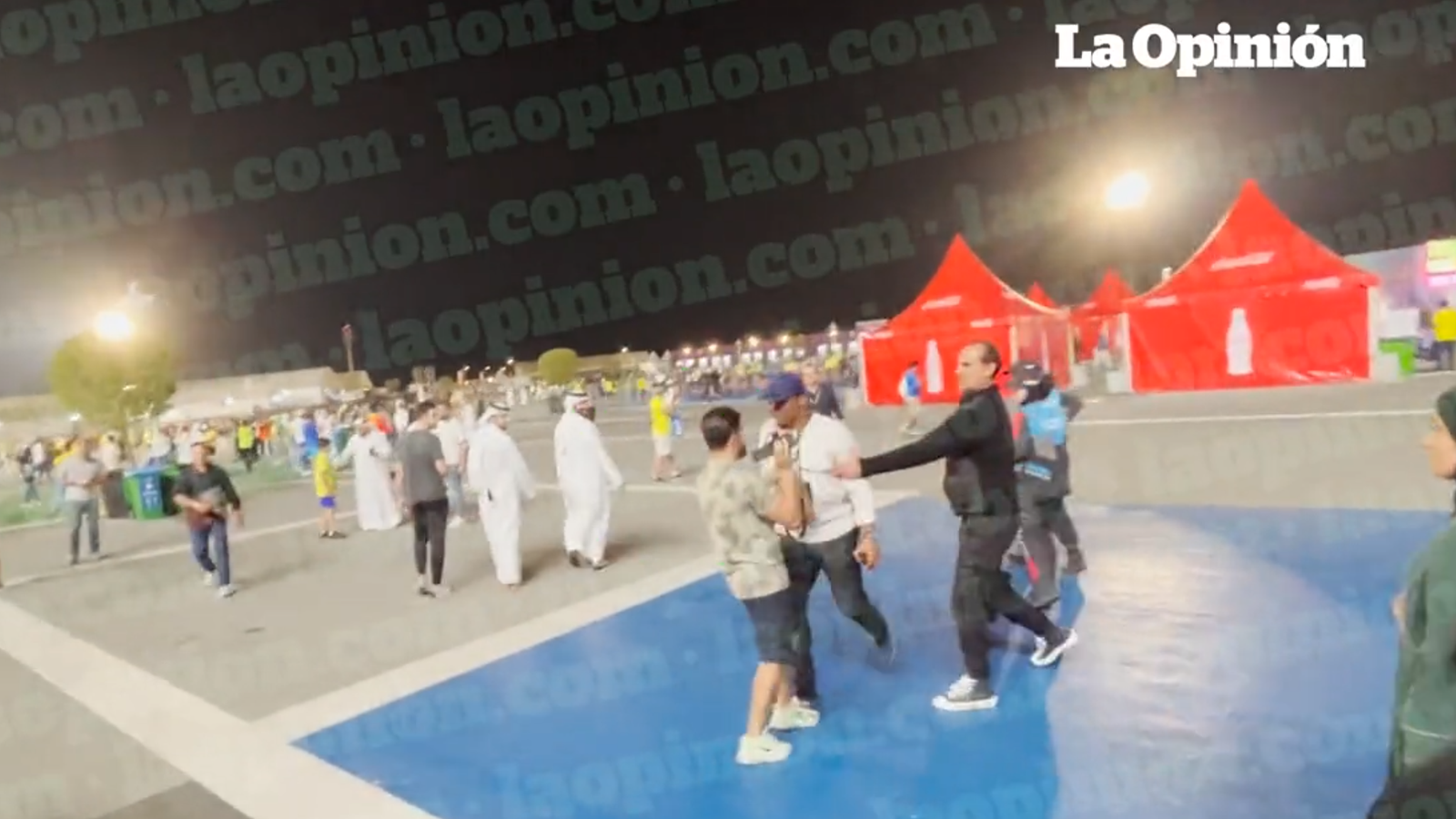 The retired Cameroon footballer Samuel Eto’o has been filmed appearing to knee a man in the face outside a World Cup stadium in Qatar.

Eto’o, 41, was involved in the altercation after Brazil’s 4-1 last-16 victory over South Korea last night.

Footage shows Eto’o, who is president of the Cameroonian Football Federation, surrounded by fans as he walks away from Stadium 974 in Doha.

In the clip, filmed by La Opinion, a Spanish-speaking news website based in Los Angeles, Eto’o is then approached by a man carrying a small camera and microphone.

After initially walking away, Eto’o walks back towards the man to confront him.

The man, who continues recording the incident on his own device, attempts to back away from a visibly angry Eto’o, who is held back by passers-by.

The footage then shows Eto’o breaking through and approaching the man again, before appearing to knee him in the face.

He is pulled away from the incident as the man’s camera is thrown to the ground.

In a self-recorded video said to have been taken in a police station after the incident, the man, understood to be from Algeria, claims he had asked the footballer for a photograph when he “came towards me and hit me”.

A former Real Madrid, Barcelona, Inter Milan and Chelsea star, Eto’o is widely regarded as one of the best African footballers of all time.

Read more:
Who is predicted to win the World Cup?
The footballers targeted by criminal gangs

He scored 56 goals in 118 games for Cameroon, helping them to two African Cup of Nations trophies and an Olympic gold in 2000.

Eto’o retired in 2016 and was appointed as head of the football federation last December.

Sky News has approached the federation for a comment.

Eto’o has been out in Qatar watching his national side, who failed to make it past the group stage despite beating Brazil, the favourites, 1-0.