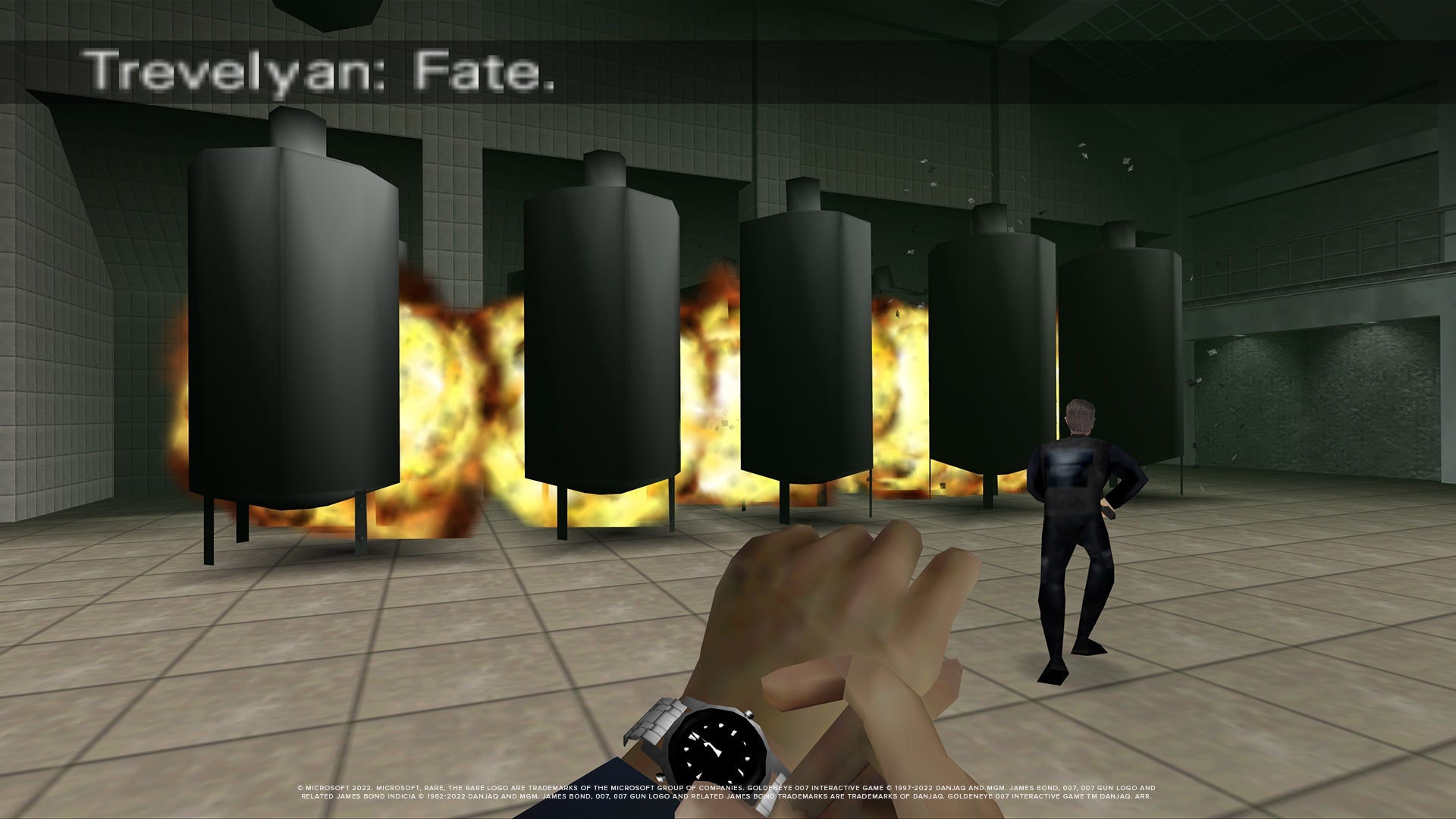 The GoldenEye 007 Remaster will arrive faster than you can shake a martini at. One of the most beloved video games of all time will return this Friday January 27, it has been confirmed.

Back in September, it was announced Rare Studios’ groundbreaking N64 classic would be making a comeback with 16:9 resolution and up to 4K Ultra HD visuals where supported.

Now we know the date it’ll arrive on Nintendo Switch and Xbox One and Xbox Series S/X. The game will be free to play for Xbox Game Pass and Switch Online + Expansion Pack subscribers. After 25 years, this is the first revamp the game has received.

Beyond the visual overhaul and new aspect ratio, Rare has promised a faithful recreation of the game, which set the standard for stealth shooters following its release in 1997 and introduced a generation of gamers to the James Bond Universe.

While the game has stood the test of time, an entirely new crop of Xbox and Switch owners will be able to take aim at the scores of henchmen and baddies.

“The version of GoldenEye 007 set to appear on Xbox Game Pass is the classic game that made waves in 1997, based on the movie that introduced audiences to a thrilling new era of James Bond,” Microsoft said in an Xbox Wire blog post.

“It comes packed with objective-based stealth shooter gameplay and, of course, a legendary local multiplayer mode for split-screen showdowns with friends. It also offers a few key additions for a modern audience, including alternative control options, achievements to unlock and native 16:9 resolution up to 4K Ultra HD (where supported).”

Things are about to get even more interesting for Xbox gamers with the Developer Direct live stream taking place tonight, where we’ll learn more about massive 2023 releases like Redfall and the Forza Motorsport remake.