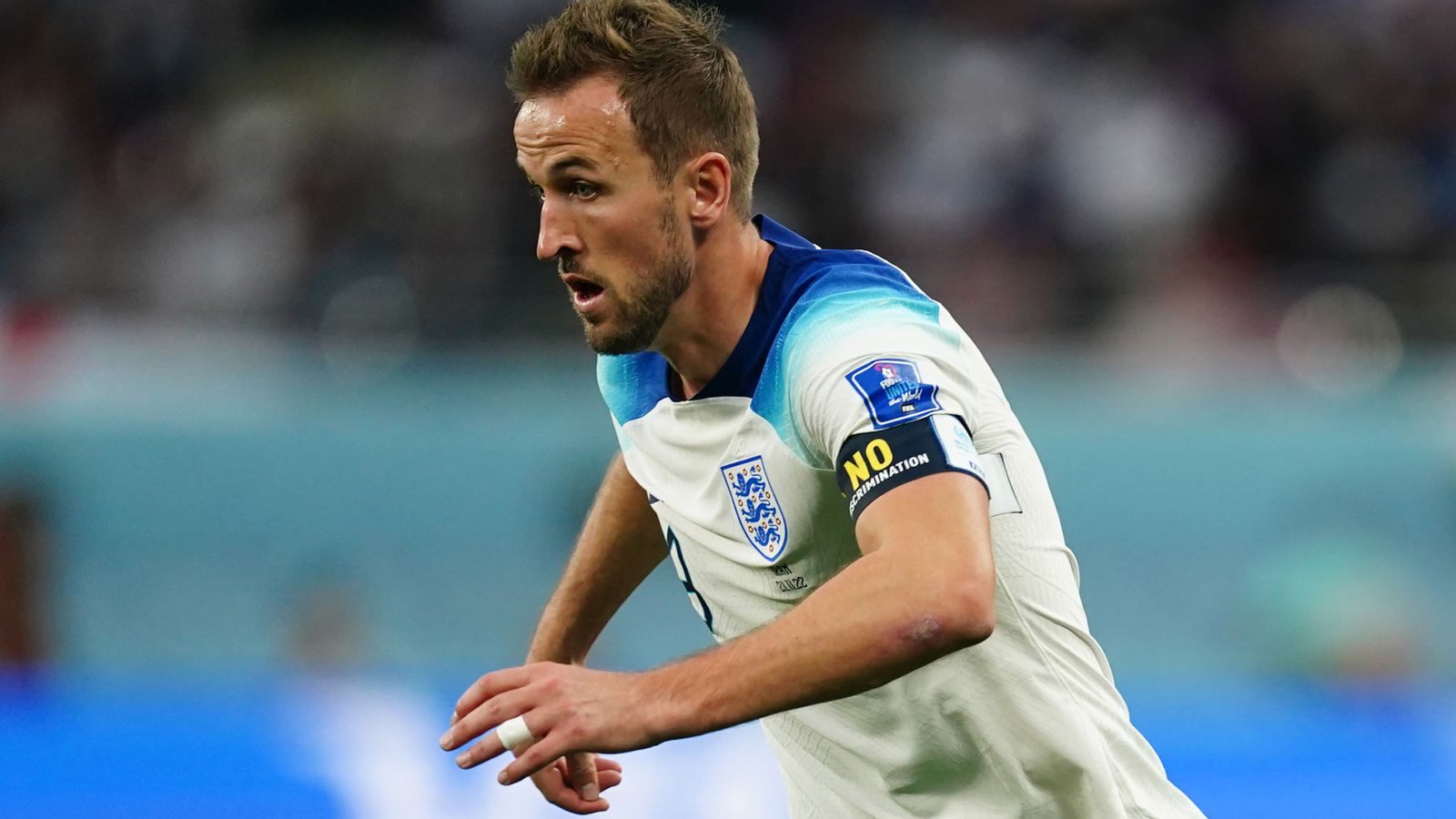 England manager Gareth Southgate has confirmed captain Harry Kane will be available for Friday’s World Cup clash with the USA.

England’s captain suffered a knock to his right ankle in the second half of Monday’s 6-2 win over Iran and played on for 25 minutes before being substituted after 76 minutes and underwent a scan to determine the severity of the injury.

In an interview with ITV, Southgate said: “He’s good. He’s worked a little bit more individually today, but he’ll be back in with the team tomorrow and all good for the game.

Jamie Redknapp explains why Harry Kane’s leadership will be key to England’s chances of going all the way in Qatar.

“We just checked him out just to see. I think, sometimes, when you’re treating things, it’s important to know exactly what is there and that was all good.

“It’s not so much the ankle, it’s more the foot. It was a poor challenge, really, but I think it’s one that, fortunately, we’ve got away with reasonably lightly.

“I was [holding my breath] when he went down on the pitch, but once he’d carried on playing, everything has been good.”

Following his early departure in England’s game against Iran, Jordan Pickford tells the media that Harry Kane is back out on the grass with his teammates.

The update followed on from Jordan Pickford’s admission that Kane had trained with the rest of the squad on Wednesday.

“I think he is good, probably a bit sore but he’s out on the grass today with us. He’s fine, yeah,” the goalkeeper said.

Maguire to start against USA

Harry Maguire will start for England against USA tomorrow, and is set to win his 50th cap.

A controversial selection for the starting XI in England’s opening-day win against Iran, Maguire put in one of his most assured performances of the season.

He hit the bar with a header early on and then earned an assist for Bukayo Saka’s first goal.

There were concerns about Maguire’s fitness for the second Group B game after he was forced off against Iran through illness.

But he has now recovered and taken a full part in England training.

England teammate Jordan Pickford, meanwhile, has jumped to Maguire’s defence after a host of criticism and a lack of game time for Manchester United this season.

“He needs to be respected a lot more but every footballer gets criticised. I think it’s a bit unfair. His performances on the pitch have shown how good he is.

“He has been unbelievable. He was really good the other night, got an assist and maybe could have got us a penalty with that VAR decision that went against us.

“I have a great relationship with him. The majority of my camps have had Harry in front of me and he’s in a very good place now. “

Souness: Kane needed saving from himself

“I’m watching England with a manager’s head on and when I see the challenge, I’m thinking, ‘this boy’s got a history with his ankles’.

“He stayed down a bit, he wasn’t right, he was walking gingerly on it. I’m thinking, ‘he has to come off now’. That happened in the 48th minute and he went off in the 75th. He had 27 minutes running on that ankle.

“Some players need saving from themselves. He’s a goalscorer. He’s thinking, ‘there are goals in this game against Iran and I’m going to stay on’. I think that’s a mistake.

“I think the manager should have had him off immediately, You’re three-nil up at that point as well. You don’t need to risk Harry any more.

“I’ve written about this competition prior to coming here and I think England could do really, really well, as long as Harry scores lots of goals. I’m not sure when they are playing proper teams, who else is going to get goals.

“So I see that as something that was avoidable, and that, for me, is down to the manager, because a player who wants to be top scorer in this competition will act in a selfish way in that situation. He needs saving from himself there.