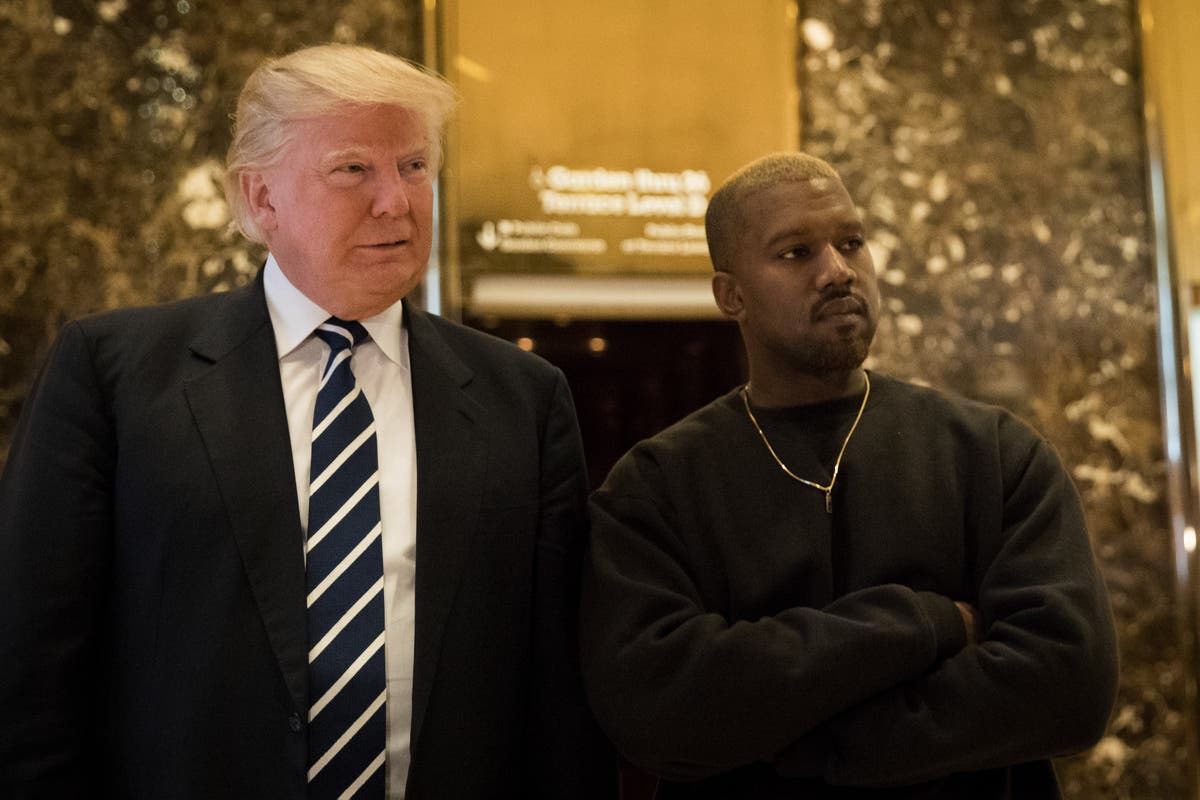 Get our Now Hear This email for free

Kanye West revealed that he has asked former US president Donald Trump to be his “running mate” for the 2024 presidential elections.

In a tweet shared on Wednesday (23 November), the 45-year-old rapper said he visited Trump’s Mar-a-Lago resort for the first time.

“First time at Mar-a-Lago,” wrote West, who legally changed his name to Ye. “Rain and traffic. Can’t believe I kept President Trump waiting. And I had on jeans.

Trump, the first president in US history to be impeached twice, declared earlier this month that he will run for office for the third time.

Ye revealed that he intended to run for president in 2024 as well earlier this week.

In a video posted to the X17 YouTube Channel on Sunday (20 November), Ye appeared with far-right commentator Milo Yiannopoulos in which he appeared to refer to him as his campaign manager.

Ye’s 2020 campaign became known for its unpredictability amid claims that he could win over some Black voters who may have voted for president Joe Biden, Reuters noted at the time.

While Ye had conceded at the time, he immediately appeared to set up expectations for another run, posting a picture of himself in front of an election map with the words “WELP Kanye 2024”.

In a radio interview at the beginning of this month, Trump suggested Ye would not have been treated the way he was after making antisemitic statements if he hadn’t previously said “good things about Trump”.

“Well, I was very honoured, because I didn’t know him that well but I liked him, I obviously got along with him very well, and I was very honoured in a sense because he said all of those great things about me on Tucker Carlson,” Trump told right-wing radio host Chris Stigall.

“He made some statements, rough statements, on Jewish (sic), you heard them and you know them well, and they’re saying that was the reason, so then you ask would it be the same if he didn’t say all those good things about Trump, you just don’t know,” he added.