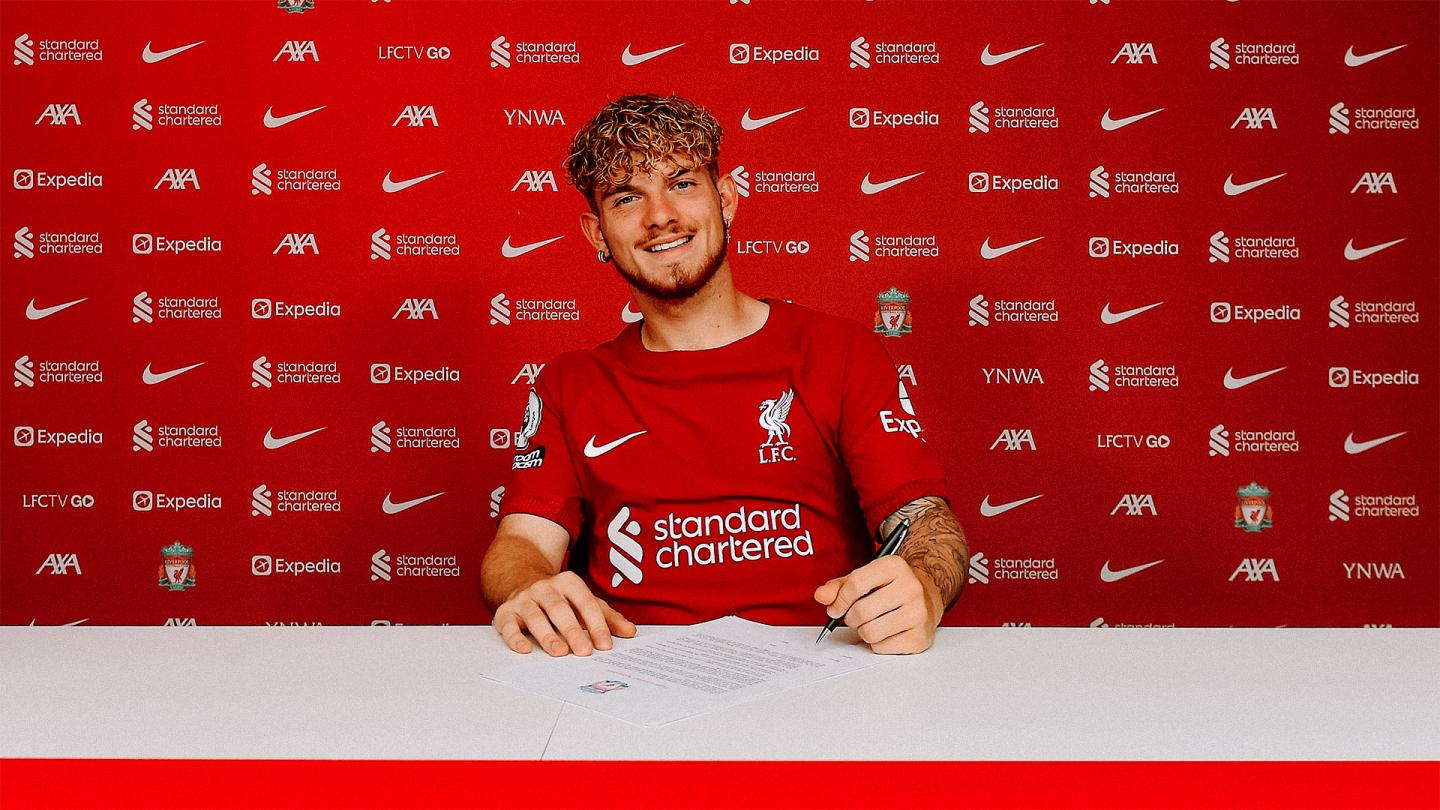 Liverpool FC can confirm Harvey Elliott has signed a new long-term contract with the club.

The 19-year-old put pen to paper at the AXA Training Centre on Thursday and then spoke of his delight at doing so.

“It’s always nice to know that I’m going to be here for many more years, which is always a great thing with it being my boyhood club and there is nothing in this world that makes me more happy and more excited than this,” Elliott told Liverpoolfc.com.

The No.19 made his breakthrough into Jürgen Klopp’s first team in the early stages of last season following an impressive loan spell with Blackburn Rovers in 2020-21.

After signing fresh terms with Liverpool in July 2021, Elliott started three of the Reds’ opening four Premier League games of the campaign before his progress was curtailed by a serious ankle injury sustained at Leeds United in September.

He made a goalscoring return in the Emirates FA Cup win over Cardiff City in February and came off the bench in the Carabao Cup final, scoring a penalty in the shootout victory against Chelsea at Wembley, before winning his first England U21s cap in March.

In total, Elliott has recorded 22 senior appearances since arriving at Anfield in the summer of 2019, including substitute showings versus Manchester City and former club Fulham so far this season.

He continued: “It’s been a big rollercoaster for me and my family and even for the club. So much has happened in the years that I have been here.

“We’ve already won so much and hopefully we can win so much more, so just to know that I am going to be here for a long time again – as I said, it’s always a wonderful feeling for myself and my family [and] being Liverpool supporters there is no better place in this world to be than playing for Liverpool and to put the shirt on and go out and play for the team and the fans.

“I’m hoping there are many more memories to come with it but I’m just so excited to put pen to paper and stay here for a lot longer.”