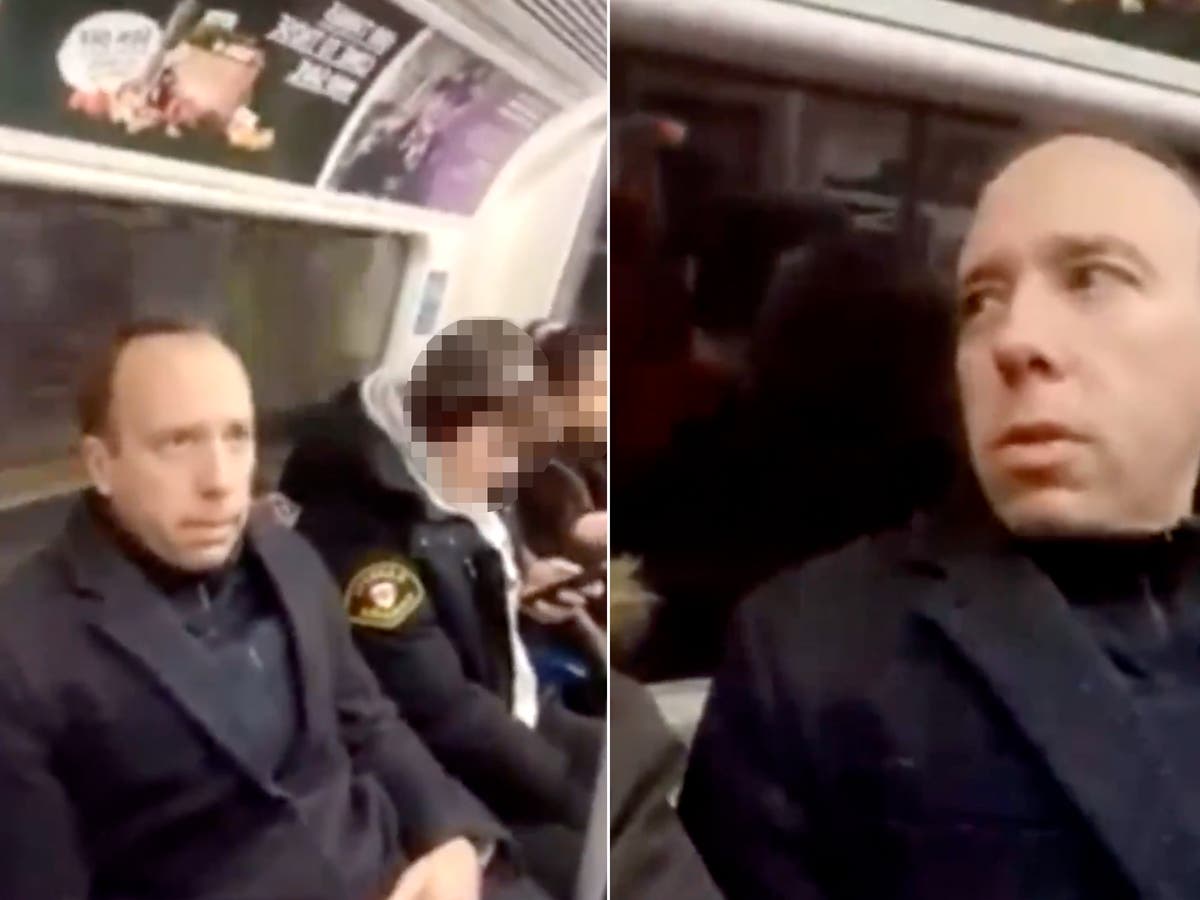 A man has been arrested on suspicion of assaulting former health secretary Matt Hancock on the London Underground.

A 61-year-old man is in custody, on suspicion of common assault and a public order offence, after an incident at Westminster Underground station, British Transport Police said.

It happened on Tuesday morning, but details have only just been released.

British Transport Police said: “We received a report of a man being assaulted and harassed at Westminster Underground station at 8.47am yesterday morning (January 24).

“A 61-year-old man has been arrested on suspicion of common assault and a public order offence and remains in custody. Enquiries into the incident are ongoing.”

Footage posted to social media shows a member of the Tube staff walking with Mr Hancock along a platform and getting on a Tube train, then pleading with a man to stop following them and making accusations.

At one point, the MP for West Suffolk, who was unhurt in the incident, tells the employee that he appreciates her walking with him.

A spokesman for Mr Hancock said the encounter with the man was “unpleasant”, adding: “Both Transport for London (TfL) staff and the British Transport Police were fantastic and the man has since been arrested.

“This sort of behaviour is a rare occurrence,” and stressed the “importance of shutting down baseless misinformation which causes so much harm”.

“Matt wants to put on record his thanks to TfL and the British Transport Police for their extraordinary work,” the spokesman added.

After leaving office in June 2021, Mr Hancock in for harsh criticism over shortages of personal protective equipment (PPE) in the NHS in the early stages of the pandemic, the award of contracts to supply masks and the decision to move elderly patients into care homes without Covid testing to free up hospital beds.

High Court judges ruled last April that discharging patients who had had the coronavirus to care homes without testing them was unlawful.

The minister quit as health secretary after being caught breaching Covid lockdown rules by having an affair with aide Gina Coladangelo.

He left his wife when photographs of the pair embracing were published in The Sun.

His spokesman said most interactions on the Tube and in public were “really friendly” and most people approaching the MP wanted to take selfies.

The former minister also prompted outrage when he decided to be absent from his constituency to appear on reality show I’m a Celebrity…Get Me Out of Here! last year.

He said last month he would not stand as an MP at the next election and would instead find “new ways to reach people” who were disengaged with politics.

But after making it to the final three contestants, he said he would give up his seat at the next election, saying he realised there were different ways to “reach people” other than representing them in parliament.

The programme was one of the most complained-about of last year, when viewers objected to the inclusion of Mr Hancock in the series.

He lost the whip over his decision to appear on the show without seeing his party’s permission, and Parliament’s anti-corruption watchdog ruled that he broke government rules by not consulting it beforehand.

His local Tory association chairman wrote to the party’s chief whip Simon Hart to say the group had decided he was “not fit to represent this constituency”.