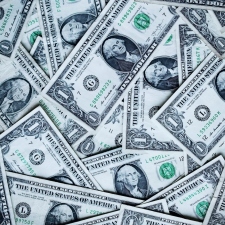 We recently looked at the 10 biggest mobile game industry trends in 2023 – and beyond. To follow on from this article we’ve created a series of features that plot the course for what we think will be big for 2023.

In this series, I will expand upon themed groups from our trends piece with further data, find out what the industry has to say about them and what developments we can expect to see in the future.

For this first instalment, we will look at the latest revenue models changing how developers and publishers monetise their games.

With a user base that has become accustomed to free-to-play games on mobile, developers are looking for ways to generate revenue to replace an initial purchase price. Perhaps key amongst these new mechanics is the mobile subscription-based gaming market which is expected to grow by 16.8% by 2030. The overall growth is staggering, and the total revenue for the subscription market across all platforms is forecast to reach $24.1 billion that same year.

This model has become so established that the two main mobile stores now offer their own à la carte subscriptions in the form of Apple Arcade and Google Play Pass. Both cost in the region of $5 per month to the consumer, offering approx 130 and 600 games respectively.

Outside of these gatekeepers, game makers offering subscription mechanics directly to their users can reap several benefits, most notably increased retention. User acquisition is becoming more expensive, so it makes sense to make every effort to retain those users once they have been onboarded.

Players that invest in a subscription plan are likely to engage more often and for longer periods, representing improved Average Revenue Per User (ARPU) and Lifetime Value (LTV). This results in more accurate revenue forecasts based on renewal rates, reducing the risk of investing time and money in developing new content or additional features.

But getting players to take the plunge and commit to recurring costs demands gaming companies deliver value worth the price. That’s where Larry Hsieh, Principal Product Manager at MobilityWare, makes a strong case for engaging and retaining users through customised events and live ops. In a recent PG.biz podcast, he told me how providing player segments with an experience aligned with their actions and motives extends your game’s lifecycle and the lifetime value of your players.

The same holds true in the burgeoning market for subscription games. But the effort needed to deliver value (personalisation at every level, from pricing to perks) requires capabilities that are out of reach — and budget — for most studios. This is why 2023 will also witness the advance of cloud-based gaming and Liveops approaches that fuel subscription growth.

“The past decade has been the story of the rise of mobile gaming, capturing 50% of all gaming revenue worldwide in 2022,” Momchil Kyurkchiev, co-founder of the mobile engagement platform Leanplum, told me in an interview. The driver was the introduction of a novel monetisation model in the shape of microtransactions and free-to-play. “With the advent of cloud-based gaming, we are now witnessing yet again the introduction of a new monetisation model: subscriptions,” he explains. “If history is to repeat itself, we could easily see subscription gaming revenue account for a large portion of the gaming market in the years to come.”

Variations on a theme

We’ve already seen more than one type of subscription model and expect to see even more variety as developers better understand its potential.

The most popular model is the season pass – also known as a battle pass – as seen in games like PUBG Mobile and Call of Duty: Mobile. In October, GameRefinery reported that 64% of the top-grossing 100 games in the US charts utilise the battle pass feature, while Zynga has implemented a ‘battle pass’ system into 13 of its games.
Another approach is the Premium or VIP access, as seen in Pocket MapleStory and WarFriends, as well as numerous casino games.

Subscriptions usually grant access to in-game content, from multiplayer modes and campaign maps to avatars and accessories. Still, there is potential to integrate subscriptions more tightly into the gameplay itself, such as Supercell’s Boom Beach and its monthly subscription for Extra Builders and Instant Training.

But some mechanics will cash in on player actions, not just their motivation to play the game repeatedly.

A glimpse into what this model can look like — and how it harnesses “out of app” technologies comes from Kindred For Business COO Mike Gadd. In this scenario, game publishers earn a commission on their players’ transactions – an entirely new source of monetisation, all from outside of their app environment.

“The result,” Gadd explains, “is a new incremental revenue stream, continuous player engagement outside of the app, and an extension of benefit beyond the lifecycle of the game – for as long as the game is installed, the publisher can keep generating revenue even if the user has stopped playing.”

Six to Start CEO Adrian Hon went even further, saying, “I don’t only think it’s a good thing – I think it’s essential to the flourishing of digital culture, and it’s astonishing how so many people have become convinced otherwise.”

The leading app stores from Apple and Google take between 15 and 30 per cent of all in-app digital sales. It’s been a long-running point of contention for the games industry, prompting legal battles in many global territories and recently inviting investigation from the UK’s Competition and Markets Authority (CMA) over the perceived duopoly.

Even though Microsoft is poised to enter the market with its ‘next generation game store’, of more interest is new legislation ensuring that developers can sell cross-platform In-App-Purchases (IAP) outside of mobile apps in territories including the US and Europe. We expect these concessions to reach more regions while developers and publishers increasingly adopt this strategy as it becomes more established.

As well as sidestepping those steep store fees, game makers can service a broader range of payment options – crucial in some emerging territories – and engage in a direct relationship with the consumer through branded content.

That might explain why Xsolla’s Hannah Zhang identifies changing dynamics in store ecosystems as the next big opportunity in the mobile games market: “The app economy is becoming more democratised”.

Other revenue trends to watch include the burgeoning Web3 games market – and with it, the completely new play-to-earn and/or play-to-own game mechanics – but we will address that in a future instalment in this series.

Next week, we will look at publishing predictions, followed by companies and markets, and then emerging and disruptive tech.