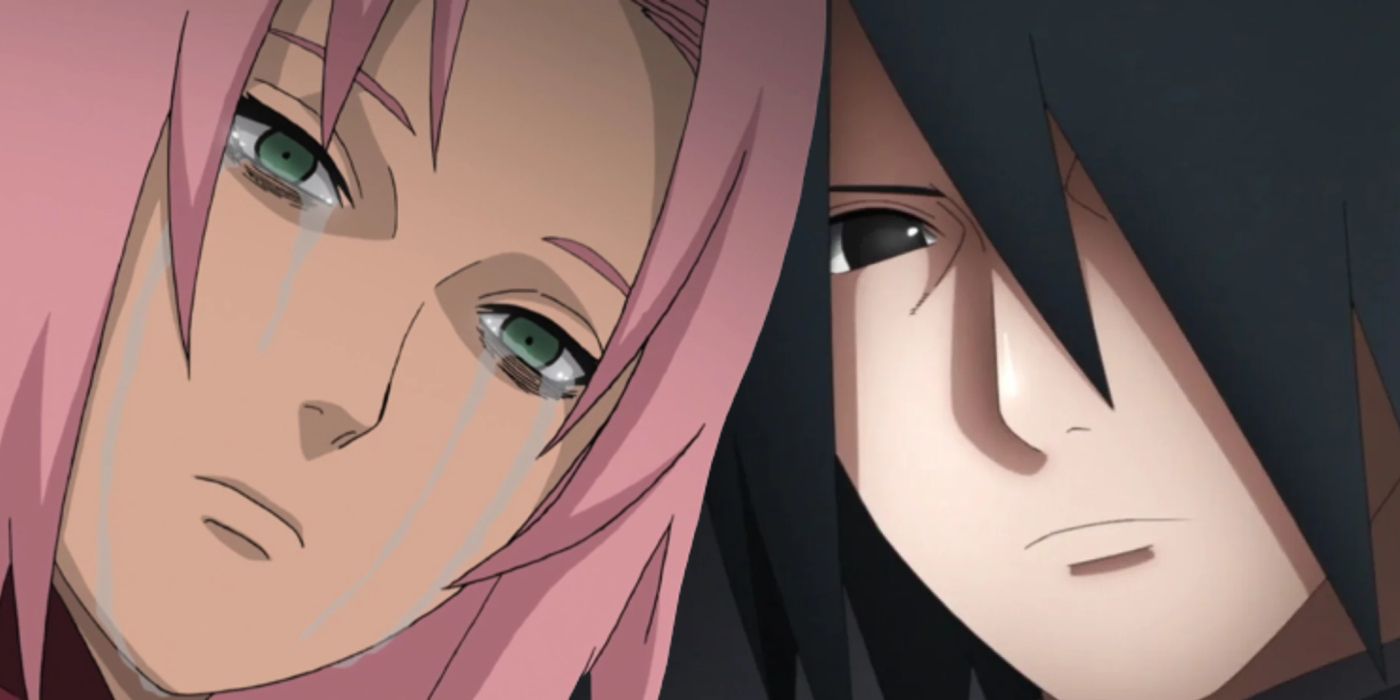 Chapter 3 of Sasuke’s Story introduces a way in which Sasuke could try and fix his relationship with Sakura – but will it be enough for Naruto fans?

Warning: Spoilers for Naruto: Sasuke’s Story—The Uchiha and the Heavenly Stardust: The Manga chapter 3A new Naruto sequel just gave Sasuke a way to prove that he actually deserves Sakura, but even then it might not be enough for fans to forgive the controversial ninja.

Many fans have always hated the fact that Sakura allowed Sasuke to marry her because of how badly he mistreated her throughout Naruto. Boruto only reinforced their feelings on the subject because of how Sasuke has essentially abandoned not only her but their daughter Sarada as well for years at a time. The fact that Boruto‘s creators are forcing Sakura to continually stand up for and stay with a man who clearly doesn’t deserve her or their family will likely be a sore point with fans for many years to come unless something changes soon.

An allusion to such change may have just arrived in chapter three of Naruto: Sasuke’s Story—The Uchiha and the Heavenly Stardust: The Manga by original story writers Masashi Kishimoto, Jun Esaka, and mangaka Shingo Kimura. When Sasuke’s cellmate Jiji tells him that a married couple should always be together, Sasuke shows genuine concern that he hasn’t been and even brings up the topic again after the conversation steers to something else. That’s when Jiji reintroduces the importance of the wedding ring and how it could give him peace of mind because other men could hit on her while he’s away.

What Will Sasuke Have to Do to Prove He Deserves Sakura?

Based on how Sasuke reacts to Jiji’s comments, it’s clear that Sasuke is taking Jiji’s opinion very seriously, even going so far as to come to grips with the fact that he is, in fact, absent from his family too much. It isn’t a coincidence that Sasuke’s Story has mentioned wedding bands twice now, and it’s possible that Sasuke could suggest to Sakura about them adopting the custom even though it doesn’t exist in Konoha. Could symbolizing their commitment with wedding bands make Sasuke more deserving of Sakura though?

On some level, wedding bands could prove that Sasuke actually cares about her, since it demonstrates that he’s afraid of losing her. It would also serve as the second way in which he shows affection to Sakura. Before now, Sasuke has only done so through his infamous forehead poke, a nod to how his own brother Itachi once expressed love for Sasuke. Additionally, the gesture would prove that he’s willing to go above and beyond what’s required of him by his own village’s customs to ensure their marriage is legitimate.

The only caveat is that how Sasuke presents this new ritual into his relationship with Sakura could be understandably construed as him trying to possess her. If she does wear his wedding ring but he doesn’t change his ways by continuing to leave her for years at a time, Sasuke would essentially be using these bands to justify his own questionable behavior while further shackling Sakura to him in a marriage that’s terribly one-sided. In a marriage, sacrifices must be made, and if wedding bands are introduced into their marriage, then Sakura will be sacrificing more of her freedoms while he continues gallivanting off on his years-long missions. As Jiji said, Sasuke would be giving himself peace of mind – peace of mind that he can continue getting away with abandoning his family. To truly deserve Sakura, Sasuke must re-propose with a wedding ring at the end of this Naruto sequel and stay by her side like he should have from the start.

Next: Boruto Nerfed Hinata Much Worse Than Fans Realize

Naruto: Sasuke’s Story—The Uchiha and the Heavenly Stardust: The Manga is available at Viz.com!