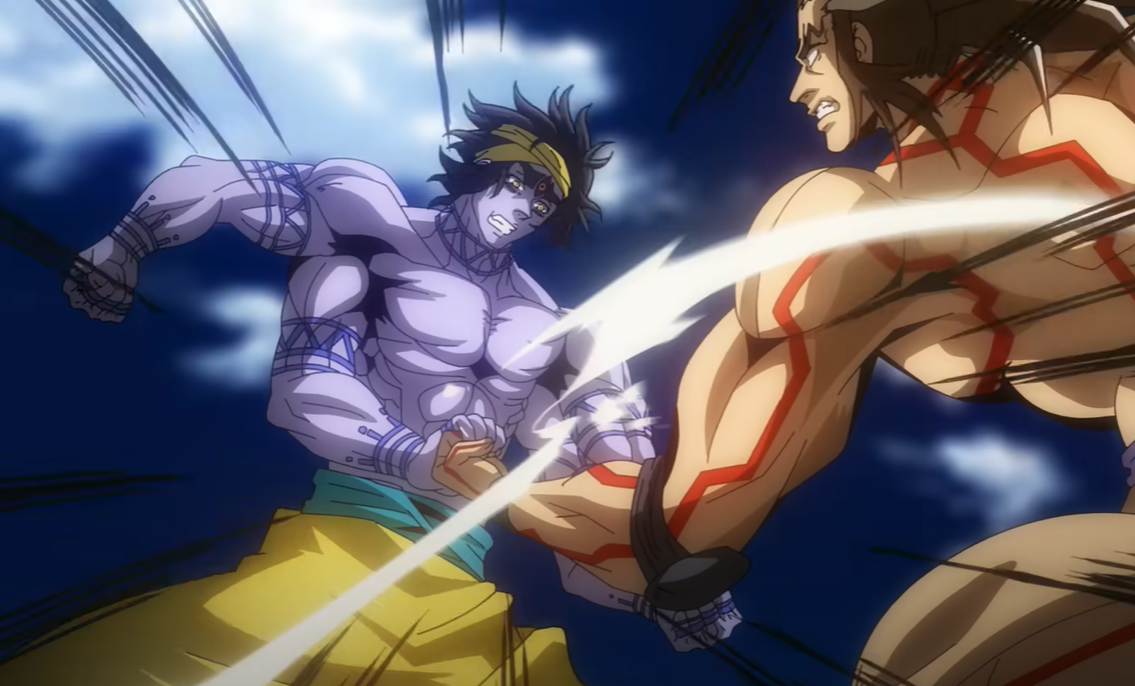 What date and time will season 2 of the brutally brilliant Record of Ragnarok anime adaptation release worldwide on Netflix?

In June 2021, the global anime conversation was dominated by Netflix’s utterly-entertaining Record of Ragnarok series. Whilst the storyline of humanity vs gods was nothing new, not many shows could match the action sequences and stakes of the series; an adaptation by Graphinica of Shinya Umemura and Takumi Fukui’s iconic manga series.

Season 1 ended with a tease of the fourth match in the Gods vs Humanity tournament between Jack The Ripper and Hercules, and almost immediately fans began clambering for the second season. Here is everything that fans need to know about Record of Ragnarok season 2, including the synopsis for round two and the release details for Netflix customers worldwide.

Record of Ragnarok season 2 is scheduled to premiere around the world via Netflix on Thursday, January 26.

Whilst Netflix has not confirmed a specific release time via the Media Center, the anime is expected to be made available to stream from the following international times:

10 episodes from season 2 will release on January 26; the remaining five episodes will premiere later in 2023; a more specific release date remains TBA.

“The anime based on the popular manga serialized in Monthly Comic Zenon and which has sold over 10 million copies enters its second season! The 13 one-on-one battles between representatives of gods and humans across the entire world for the survival of humanity begin once more! Blood flows and fists fly in these intense battles of strong convictions!” – Record of Ragnarok season 2 synopsis, via Netflix Media Center

Interestingly, there are some major changes coming to Record of Ragnarok in season 2, most notably the production team. The studio which animated season 1, Graphinica, will be joined by Yumeta Company to help co-produce the series; they are best known for producing Muv-Luv Alternative (2021-22), My Sweet Tyrant (2018) and Cue (2022).

“During the first season, it was my first time working with Director Okubo. I think we were exploring each other’s ideas as we created the work. But now that we are in the second season, we have a better understanding of how the director wants the pictures to be created. We are making adjustments to realise the director’s particular points. I hope you will pay attention to the overall atmosphere and action on the screen in the second season. – Producer Urushiyama, via ragnarok-official.

There are also plenty more heroes left to represent humanity on his cosmic-level battlefield, including:

A more brutal second round is on the way

A few months after the series premiere, it was announced on August 18, 2021, that the hit Record of Ragnarok anime would be returning for a second season. As part of the renewal announcement, a special illustration from character designer Masaki Sato was shared online, featuring some of the fantastic characters to throw down in season 1, see below.

In response to the renewal, director Masao Okubo described season 2 as “A fierce battle in the heavenly realm between Hanzoku (Chinese characters), born out of pre-existing relationships and conflicts!”

“Confrontation in the night streets of London. The battle of wills between men in the ring, etc. Friendship and trust born in battle. The feelings of the friends who watch over them. There’s plenty to see in this edition. The entire staff is working hard to create a film that everyone will enjoy.” – Masao Okubo, via ragnarok-official.

Whilst news of the renewal was welcomed, the vast majority of fans were expecting such a confirmation following the conclusion of the first broadcast in 2021.

Despite some rather underwhelming ratings of 6.2/10 on IMDB, 65% on Anilist, and 3.5/5 on Anime Planet, the series certainly made an impression on fans. On MyAnimeList for example, Record of Ragnarok only managed a 6.66/10 rating, but with over 131,000 reviews and over 220,000 members, the series was obviously popular enough to merit a second season.

“It’s an anime made to show incredible fights. Its story is different, although it doesn’t present any kind of complexity, it’s direct and it does what it promises. The art and animation are decent, although they slack from time to time, it also has moments where they get amazing… The characters are interesting and endearing, since they start from existing characters and make small changes to them can achieve a great construction, although, of course, they lack originality.” – User Juank000, via MAL.

Then we have source material, i.e., the availability of more source material from the original light novel series that the production team can utilize. Per AnimeGeek, episode 12 corresponded to the end of manga volume 5; however, there are a total of 17 complete Tankobon volumes currently available in Japan.

If the anime maintains the same pace of episode-chapter adaptations, there is potentially enough source material from the manga for three Netflix seasons.