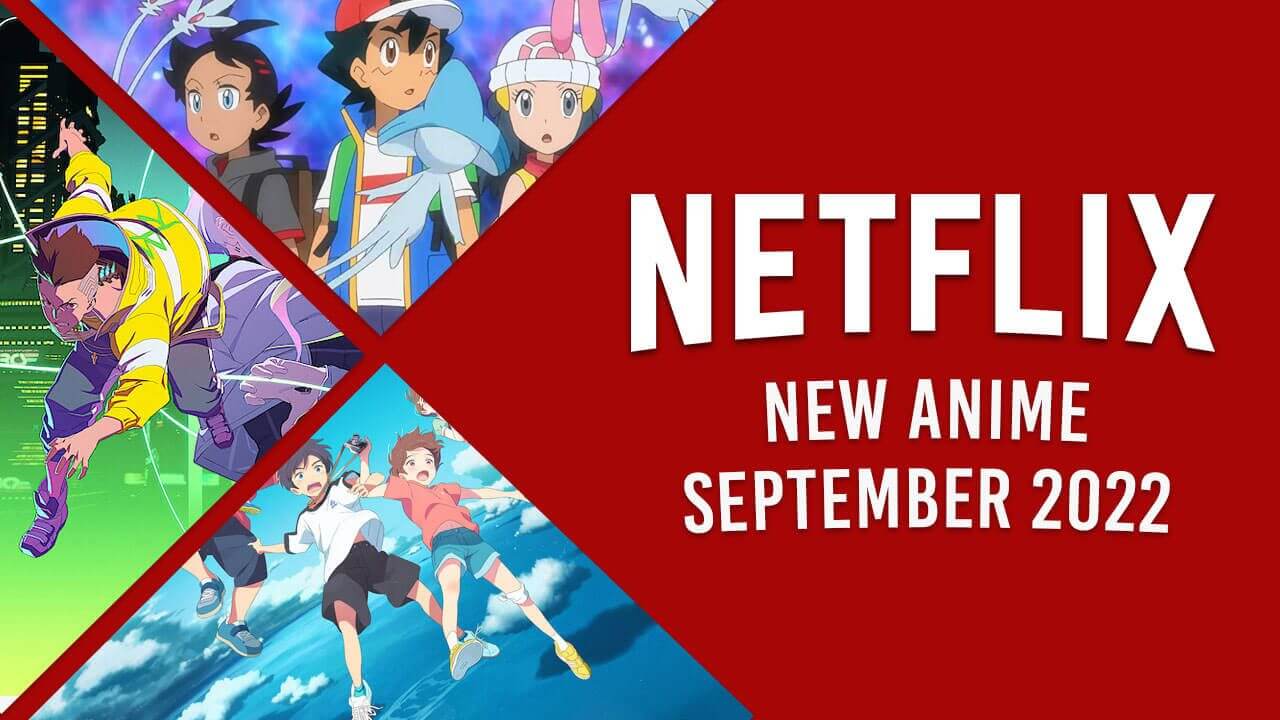 By Netflix’s standards, it’s going to be another busy month of new anime on Netflix. Anime fans can look forward to more Pokemon, new episodes of the most metal anime on the library, a visually stunning film from the creators of Whisker Away, and finally, an anime set in the world of CD Projekt Red’s Cyberpunk 2077. Here’s all the new anime on Netflix in September 2022.

In case you missed it, we’re also keeping track of all of the anime coming to Netflix in August 2022.

Below is the scheduled list of anime coming to Netflix US in September 2022:

Based on the 90s video game, Bastard!! certainly pushes boundaries and fully confirms that not all anime is for children. A further eleven episodes will arrive soon!

The Dark Rebel Army, which plans to resurrect the god of destruction Anthrasax, continues to expand its power in a bid to rule the world, led by the overwhelmingly powerful Four Divine Kings. The Kingdom of Metallicana on the Central Metallion Continent is assaulted by the sorcerer-led Dark Rebel Army. In order to save the kingdom, Tia Noto Yoko, daughter of the Great Priest, has a decision to make — she must resurrect the ancient great wizard who once plotted to rule the world, and who is sealed within her childhood friend Lucien Renren. The only thing that can undo the seal is a virgin’s maiden kiss. Facing imminent danger, Yoko puts her lips on Lucien’s, and in that moment, a dark and powerful energy fills the air. The strongest, wildest, and most beautiful protagonist, the legendary wizard Dark Schneider, is finally revived!

A beautiful new anime film from the studio behind A Whisker Away, Drifting Home is visually already one of the best-animated titles on Netflix in 2022.

With Pokemon Ultimate Journeys currently airing in Japan, before it arrives on Netflix fans can look forward to the Arceus Chronicles, a four-part special that was released in Japan in January 2022 to help promote the release of the video game Pokémon Arceus.

When Ash, Pikachu, and friends receive a mysterious message from the Mythical Pokémon Arceus, they meet up with their old friend Brock and head to Mount Coronet to investigate. There, they find a rampaging Heatran and the group responsible—Team Galactic, previously thought to be dismantled. The team’s commanders are determined to find their missing leader by opening a gate between dimensions. With a trio of Legendary Pokémon and Sinnoh Champion Cynthia on their side, our heroes have a lot of help, but they’ll need all they can get to save Sinnoh!

CD Projekt Red’s Cyberpunk 2077 was one of the most anticipated video games of the past decade, and while it hasn’t always lived up to the ginormous expectations, it has spawned one of the most fascinating fictional worlds in video games. We’re approaching two years since its release, and finally, the highly anticipated anime from Studio Tigger, set in the world of Cyberpunk, arrives.

A Street Kid trying to survive in a technology and body modification-obsessed city of the future. Having everything to lose, he chooses to stay alive by becoming an Edgerunner: a Mercenary outlaw also known as a Cyberpunk.

What anime will you be watching on Netflix in September 2022? Let us know in the comments below!