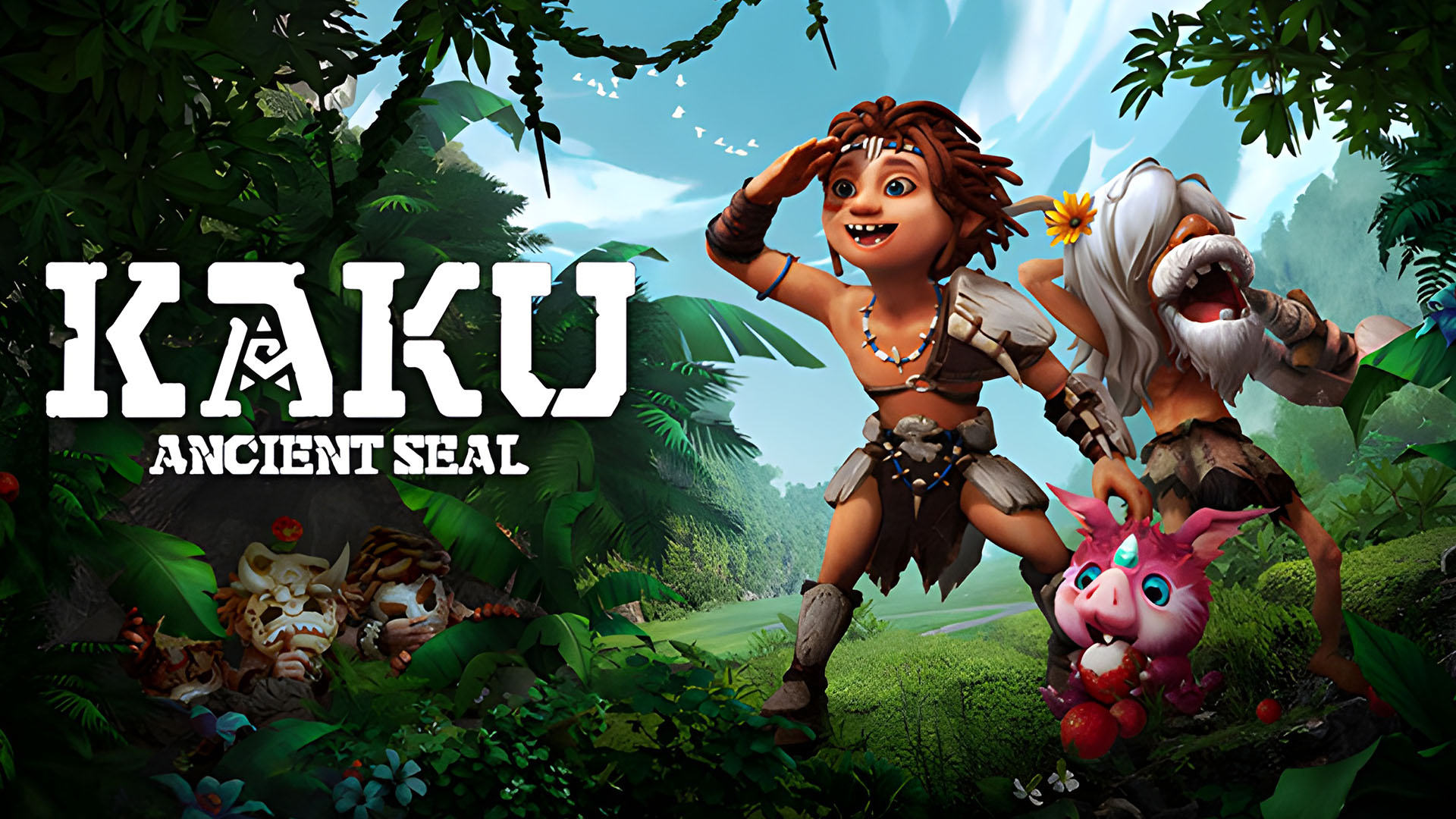 Here is an overview of the game, via BINGOBELL:

KAKU: Ancient Seal puts players in the role of a young primitive child, Kaku, who’s tasked with going on a journey across a sprawling continent. Accompanied by your pet pig, you’ll have to brave the four elemental regions—Flaming Mountain, Dragon Bone Desert, Misty Swamp, and Windy Snow Field—and conquer their lords if you’re to fulfill your destiny. Most importantly, you’ll have to find food, since your pig pal isn’t for eating.

It will take guts, whits, and skill to unearth the mysteries that lie deep within the ancient ruins of this land. Gather your own weapons, from wood, stone, and metal swords and shields to slingshots and other ranged weaponry. Gain access to multiple costumes and acquire new abilities by defeating bosses and completing quests. Maybe you’ll even make some new friends along the way!

“With KAKU: Ancient Seal we wanted to create a sense of mystery and adventure, where you can forge your own path to victory,” said BINGOBELL producer Brian Wang in a press release. “We offer players little guidance, as we find it more rewarding to experiment and find what works for you. It’s that feeling of freedom and adventure, peppered with small goals all throughout, that we can’t get enough of, and we’re very proud of the strange, varied world we’ve come up with.”

Watch a new trailer below. View a new set of screenshots at the gallery.