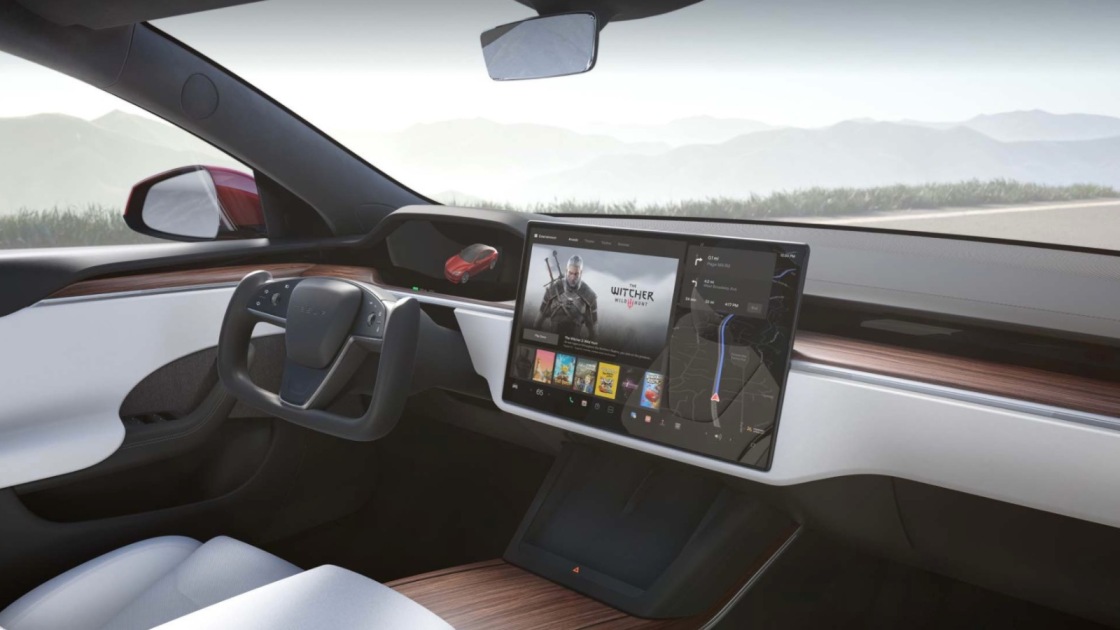 Ever wanted to play Steam games from the car? Tesla is trying to make it happen.

CEO Elon Musk brought up the effort on Twitter this week after someone asked when the PC game Cyberpunk 2077 would be available on the latest Tesla vehicles. “We’re working through the general case of making Steam games work on a Tesla vs. specific titles. Former is obviously where we should be long-term,” Musk responded(Opens in a new window).

Some Tesla vehicles already have the computing power to run PC games. Last year, the automaker began switching from Intel silicon to AMD’s Ryzen chips to power the infotainment systems inside the newest Tesla models.

In June, Musk demoed Cyberpunk 2077 running on a new “Plaid” Model S vehicle. “There’s never been a car that has state-of-the-art computing technology, state-of-the-art infotainment, where this is literally at the level of a PlayStation 5,” he said at the time.

The company’s marketing for the Plaid vehicle also showed The Witcher 3 (above), but in reality, Tesla is still working to offer AAA PC games for the Tesla Arcade platform, which runs on the car’s infotainment system.

Recommended by Our Editors

“It’s complicated, but hopefully (Cyberpunk 2077 will be) out next quarter, along with Witcher,” Musk tweeted(Opens in a new window) in December. “Lot of internal debate as to whether we should be putting effort towards generalized gaming emulation vs making individual games work well.”

So it’s possible Tesla still has to overcome some compatibility issues before bringing more PC games and Steam to company vehicles. In the meantime, Musk added on Tuesday that Cyberpunk 2077 will also be available on Tesla’s Cybertruck, which has been delayed(Opens in a new window) to 2023.

Get Our Best Stories!

Sign up for What’s New Now to get our top stories delivered to your inbox every morning.

This newsletter may contain advertising, deals, or affiliate links. Subscribing to a newsletter indicates your consent to our Terms of Use and Privacy Policy. You may unsubscribe from the newsletters at any time.