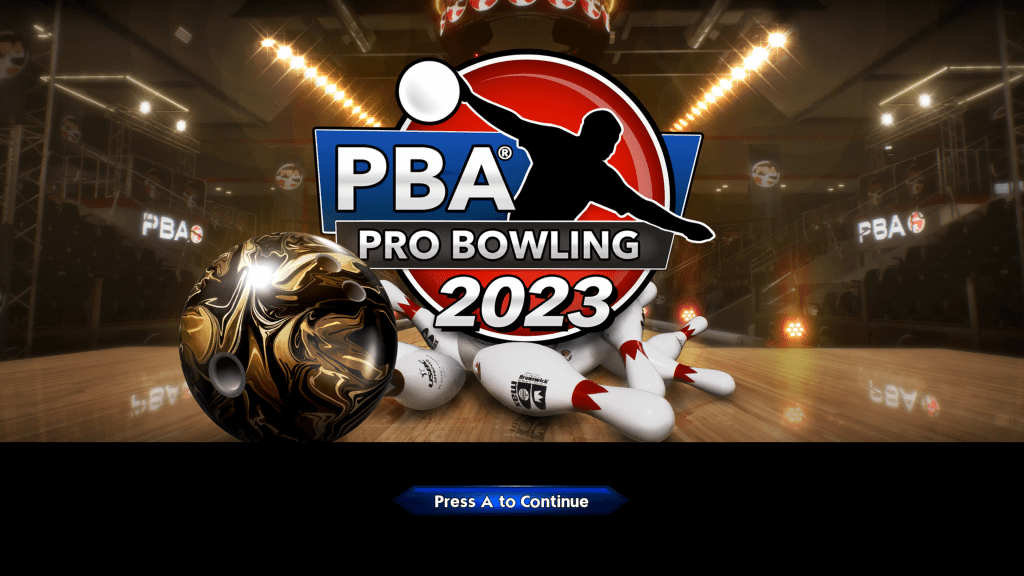 Bowling and video games aren’t exactly a bizarre match, but more often than not, bowling is added to titles as a minigame, or part of a bigger compilation of games, such as the bowling mode in Wii Sports or the incessant bowling sessions with your cousin in Grand Theft Auto IV. Very rarely, if ever, do you see modern games based entirely around bowling in this day and age. How do you convince people to shell out their hard-earned cash on such a simple gameplay loop, when other games have that included as part of a bigger package? Let’s see what PBA Pro Bowling 2023 has to offer.

Being able to play a bowling game without your annoying cousin talking to you is a plus, I suppose.

Reviewing PBA Pro Bowling 2023 was an odd job, because at its core there’s nothing inherently bad with the game. Sure, it looks dated and features some underwhelming music, but as a bowling game, it does offer everything you would want (I suppose) from a bowling-centered gaming experience. Licensed pro players with their (poorly) digitized likenesses, different balls with different stats, a career mode, the single most bare bones character creator in gaming history (you choose a portrait out of a whopping four, and that’s basically it), and so on. PBA Pro Bowling 2023 gives it all, tries to punch above its weight, but you can’t help but think that similar experiences can be found elsewhere, attached to meatier games.

PBA Pro Bowling 2023 might possibly have the simplest and blandest character creator in the history of video games.

I will give the game credit for three things, though. First of all, despite the cheap presentation, it is not a completely janky experience. It runs really well, at a rock-solid 60fps. Not that a lower framerate would have impacted the gameplay that much, considering the “source material”, but it’s still something worth praising. I also have to commend that, all things considered, the controls are excellent. There are two gameplay styles, Arcade and Simulation, and both are surprisingly intuitive and responsive. The game features a sizeable amount of narration and commentary, with its hosts sounding way too excited for what’s happening onscreen. Finally, to top things off, the game does offer decent tutorials to explain the nuances of digital bowling, such as applying effect to your throws.

The definition of pain.

It’s hard to recommend PBA Pro Bowling 2023, even though there’s nothing inherently bad about it. Sure, its presentation is really subpar, but as a bowling experience, it does offer more than I was expecting. That’s the problem, though: it’s a bowling video game. It’s very limited in terms of scope and gameplay, despite featuring a career mode and licensed players. You can’t help but feel like you could get similar experiences in other games that just so happen to feature bowling as one of their side activities.

Reviewed on Xbox One.

A copy of PBA Pro Bowling 2023 was provided by the publisher.