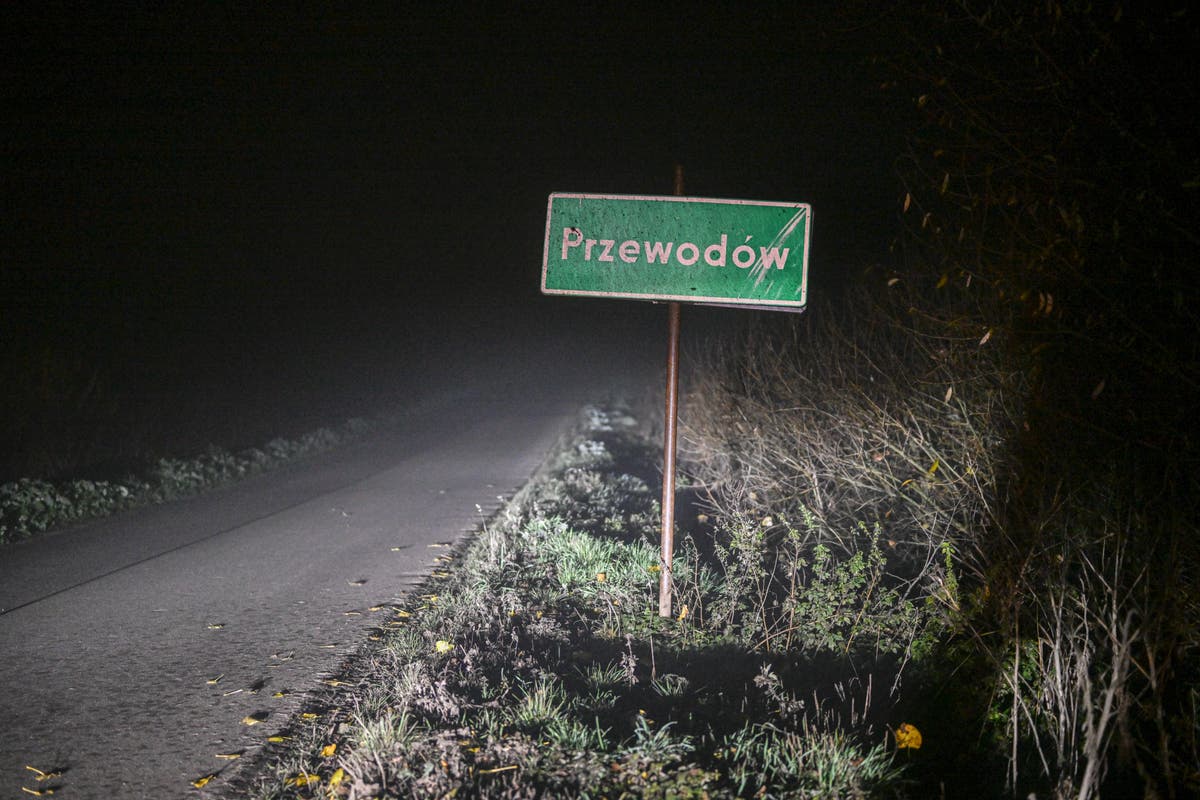 In a briefing about the situation in Poland amid the Ukraine war, officials said the Polish government handled the incident in a “calm” manner but flagged that if it was “badly handled, it could escalate in a different way”.

“If it happens again- and Polish politicians think it will- they need to manage it in a way that is not unhelpful.”

However, the officials stressed that the “unfortunate accident” would not have happened at all without Vladimir Putin’s invasion.

It comes as Volodymyr Zelensky hit out against Russia’s “formula of terror” after Ukraine was battered with over 70 missiles in just one day.

The Ukrainian president appealed to the UN to act against Vladimir Putin’s strategy of wiping out vital energy infrustaructure, leaving Ukrainians without power this winter.

“Today is just one day but we have received 70 missiles. That’s the Russian formula of terror,” Zelensky said.

Romania to keep supplying power to Moldova, interconnections a problem

Romania is willing to continue supplying neighbouring Moldova with electricity as Russian shelling in Ukraine hits its energy supply, but insufficient interconnections are a challenge, Romanian President Klaus Iohannis said on Thursday.

“Up until now we have delivered everything we were asked for,” Iohannis told reporters after meeting Lithuania’s president in Vilnius. “But outages happen because … Romanian-Moldovan interconnections are completely insufficient. Most of the power Romania is offering passes through Ukraine.”

Romanian power producers started selling electricity to Moldova at a capped price in October. Foreign minister Bogdan Aurescu said earlier this week the European Union state was providing between 80 per cent and 90 per cent of Moldova’s electricity needs.

Russia and Ukraine to free 50 prisoners of war each, Moscow-backed leader says

Russia and Ukraine will each hand over 50 prisoners of war to the other on Thursday, the Moscow-backed administrator of Ukraine‘s Donetsk region, Denis Pushilin, said on the Telegram messaging service.

The Kremlin on Thursday denied that its attacks on Ukraine‘s electricity network were aimed at civilians, but said Kyiv could “end the suffering” of its population by meeting Russia‘s demands to resolve the conflict.

Repeated missile barrages against power infrastructure across Ukraine over the last few weeks have forced millions of people to go without light, water or heating for hours or days at a time, just as outdoor temperatures fall below freezing.

But Kremlin spokesman Dmitry Peskov told reporters that “there have been no strikes on ‘social’ targets and there are none – special attention is paid to this”.

“As for targets that are directly or indirectly related to military potential, they are accordingly subject to strikes,” he said.

Peskov was asked how the suffering of Ukraine‘s civilian population could be reconciled with President Vladimir Putin’s positions. Putin has said Russia does not wish to destroy Ukraine or its people.

Kremlin spokesman Dmitry Peskov said on Thursday that Ukraine‘s leadership could “end suffering” in Ukraine by meeting Russia‘s demands to resolve the conflict.

Peskov was asked whether Russia was worried about the effect on the civilian population of its strikes on energy infrastructure, which have caused repeated mass blackouts.

Peskov said Russia only attacked targets of military relevance, not ‘social’ ones.

Russia caused a “real danger of a nuclear and radioactive catastrophe” by launching attacks in which all Ukraine’s nuclear reactors were disconnected from the power grid for the first time in 40 years, Ukraine’s nuclear energy chief said.

Petro Kotin, head of nuclear power company Energoatom, said in a statement on Thursday the vast nuclear power plant in the Zaporizhzhia region had been reconnected to the national power grid after Russian air strikes on Wednesday, and that the backup diesel generators at the site had been turned off.

“Today is just one day but we have received 70 missiles. That’s the Russian formula of terror,” Zelensky said via video link to the council chamber in New York.

Hospitals, schools, transport infrastructure and residential areas had also all been hit by Russian strikes.

Ukraine is waiting to see “a very firm reaction” to Wednesday’s air strikes from the world, he added, also calling for Russia to be denied a vote on any decision concerning its actions.

The European Union is pressing ahead with a ninth sanctions package on Russia in response to Moscow’s attack on Ukraine, European Commission chief Ursula von der Leyen said during a visit to Finland on Thursday.

“We are working hard to hit Russia where it hurts to blunt even further its capacity to wage war on Ukraine and I can announce today that we are working full speed on a 9th sanctions package,” von der Leyen told a news conference.

“And I’m confident that we will very soon approve a global price cap on Russian oil with the G7 and other major partners. We will not rest until Ukraine has prevailed over Putin and his unlawful and barbaric war,” she said.

In a briefing about the situation in Poland amid the war in Ukraine, western officials said Polish politicians think the stray missile strike that killed two people last week is likely to happen again.

The Polish government handled the situation in a “calm” manner but the incident flagged that if it was “badly handled, it could escalate in a different way,” the official said.

“If it happens again- and Polish politicians think it will- they need to manage it in a way that is not unhelpful.”

The European Union is pressing ahead with a ninth sanctions package on Russia in response to Moscow’s attack on Ukraine, European Commission chief Ursula von der Leyen said during a visit to Finland on Thursday.

Power was gradually being restored to Ukrainian cities including the capital Kyiv on Thursday, a day after Russian missile strikes caused Kyiv’s biggest outages in nine months of war.

Regional authorities said 25 per cent of homes in Kyiv was still without electricity but the water supply had been restored in some areas and would start working in other areas later on Thursday.

In a big improvement from Wednesday, when authorities said power was lost across the entire Kyiv region, public transport was operating in the capital, with buses replacing trams to save power.

“Let’s persevere, despite everything” the Kyiv regional military administration said in a statement.