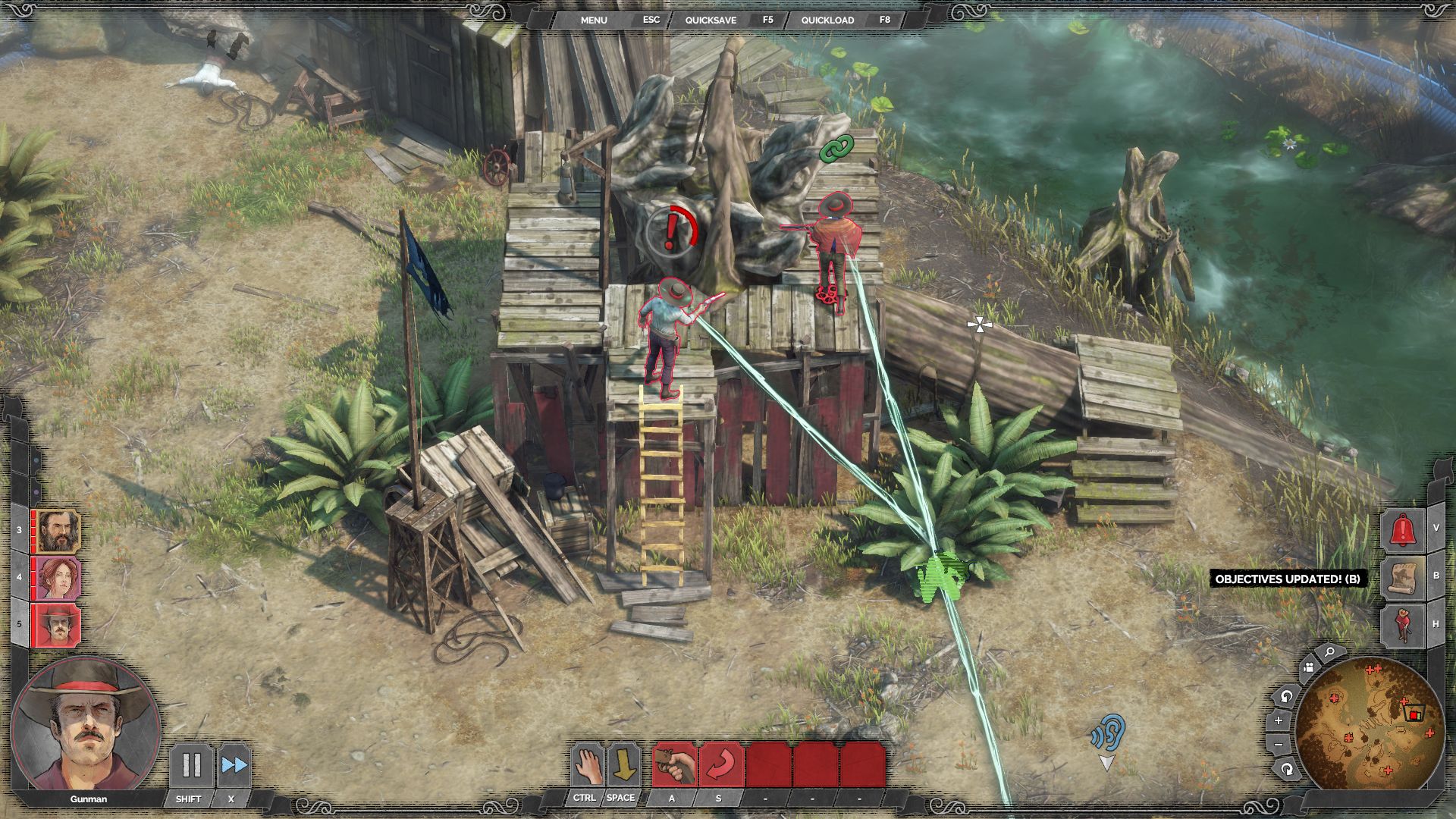 Mimimi Games have revealed their new game, Shadow Gambit: The Cursed Crew. It is set to release sometime in 2023. Like their two previous games, Desperados III and Shadow Tactics: Blades of the Shogun, Shadow Gambit will be a top-down strategy game with stealth mechanics. Unlike those games, its characters will have many supernatural abilities.

Set during the Golden Age of Piracy, players will hunt for special pearls in the Lost Caribbean. Each pearl will revive one of the eight crew members from The Red Marley pirate ship. Players can then journey to islands and complete missions in a non-linear fashion with the crew members of their choice. Each island also has multiple starting points that players can choose after getting an overview of the island.

Among the characters shown so far, the supernatural powers include the ability to sink into the ground to hide from patrolling guards and a way to launch friendly players via a canon. Each of the characters from The Red Marley will have their own character missions to uncover more about them. In addition, the ship itself has the ability to freeze time and rewind, to help the players complete missions without relying so much on quick-saving.

Shadow Gambit: The Cursed Crew is coming to PC, Xbox Series X|S and PS5 in 2023.