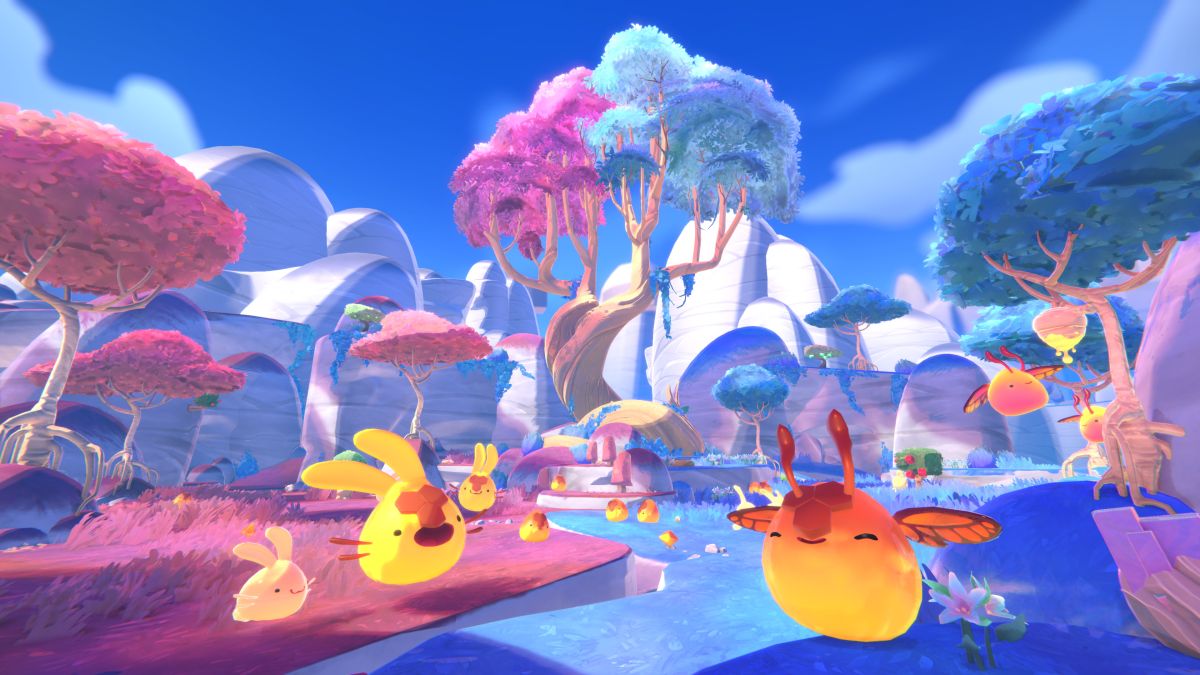 Monomi Park CEO and Slime Rancher series director Nick Popovich told GamesRadar+ earlier in the year that the sequel “feels just like Slime Rancher, only smoother, more expansive, more rich in details, and with a lot of tweaks and quality of life changes,” and it seems new and long-time fans are enjoying the heck out of the result.

Steam’s review section (opens in new tab) is “overwhelmingly positive” overall, and there are 896 reviews that fall under that category at the time of writing. For a casual indie game on its first day in Early Access, that’s a staggering amount of positivity in user reviews. Popovich also took to Twitter (opens in new tab) to announce that Slime Rancher 2 had topped the studio’s previous best sales day “by a literal order of magnitude.”

I reached out to Popovich to congratulate him and Monomi Park on the sequel’s successful launch, and we were told everyone at the studio is “totally blown away” by the reaction. He also revealed to me that his “pie in the sky” dream for the game’s first day sales was topped in just a few hours.

“The level of support we’ve received from our community and partners is beyond anything we could have imagined,” Popovich said. “I had in my head a kind of crazy pipe dream for launch that maybe we could sell 100k copies in the first 24 hours and we’ve eclipsed that in less than 6 hours, with Overwhelmingly Positive reviews on Steam on top of it all (something we’ve personally cherished about the original for years now).

We have delighted in watching players explore the prismatic world we’ve created and especially all the reactions people have shared of their kids seeing the game for the first time. So if I can say anything it would be an enormous, gordo-sized thank you to everyone who have began their adventures on Rainbow Island and that we can’t wait to show you what we have in store for this world in all the updates that will follow.”

For everything on the horizon, check out our extensive guide to new games of 2022.