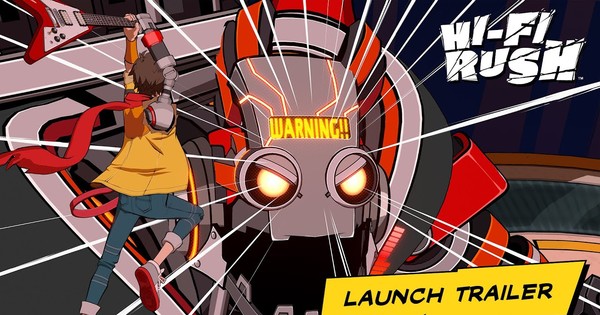 Microsoft Xbox and Bethesda revealed during its first Developer_Direct stream a trailer for a new rhythm action game by Shinji Mikami (Resident Evil) and his Tango Gameworks studio (The Evil Within, Ghostwire: Tokyo) titled Hi-Fi Rush. John Johanas (The Evil Within 2) is the game’s director. The game launches on Xbox Series X|S, PC, and Xbox Game Pass on Wednesday, on the same day as the announcement.

The game follows Chai, a “wannabe rock star.” Due to a corporate experiment, he can sense the rhythm of the entire world, represented by the game’s soundtrack. His attacks sync to the beat. Enemy attacks, cutscenes, and obstacles also sync. Chai teams up with partners including Peppermint and Macaron.