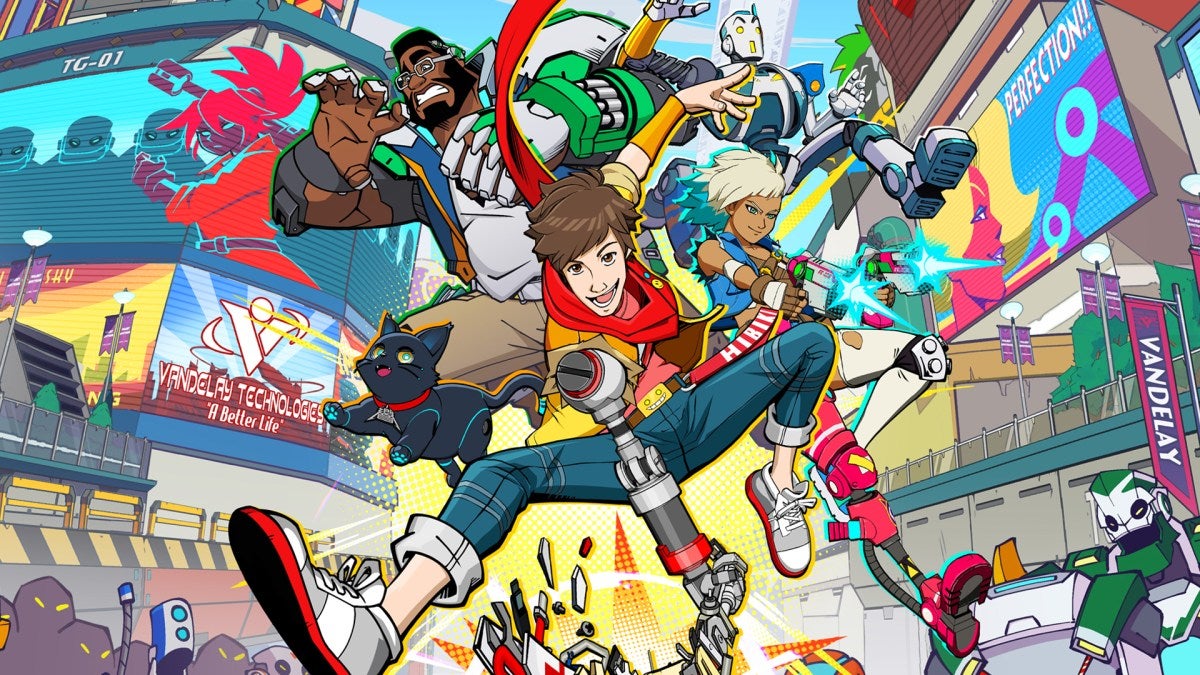 Following a bit of a leak ahead of Microsoft’s Developer Direct showcase, Tango Gameworks has formally unveiled its latest project, Hi-Fi Rush – a rather glorious-looking rhythm adventure that’s getting a surprise release today on Xbox, PC, and Game Pass.


Hi-Fi Rush – which follows the eye-searingly colourful escapades of wannabe rockstar Chai and his pet cat – is quite the departure from Tango’s largely horror-focused previous output (which includes the likes of The Evil Within and Ghostwire: Tokyo), trading spooks for something considerably more exuberant.


Calling to mind some of Sega’s classics (Eurogamer’s Martin Robinson excitedly described it as “PNO3 meets Jet Set Radio Future” at one point during its unveiling this evening), Hi-Fi Rush is a rail-swinging, robot-pummelling adventure that all unfolds to the rhythm of its music.


Environments twitch, UI elements pulsate, and combat follows the incessant beat. Those lacking rhythm will be pleased to hear beat-matching isn’t compulsory, but the more players are able to keep time as they jump, dodge, and launch Chai’s guitar-like bludgeon at enemy heads, the better their attacks, abilities, and combos will connect, building on the soundtrack with additional musical flourishes.


As Hi-Fi Rush unfolds, Chai teams up with new allies who’ll be able to lend fresh moves to his own, expanding the potential for “over-the-top combos and dynamic action”. There are bosses, mini-games, chase sequences, and a soundtrack featuring the likes of Nine Inch Nails, The Black Keys, The Prodigy, Wolfgang Gartner, and Zwan.


Hi-Fi Rush made an extremely positive first impression during its Developer Direct debut, and players can slip into its distinctive rhythms starting today on PC, Xbox, and Game Pass.