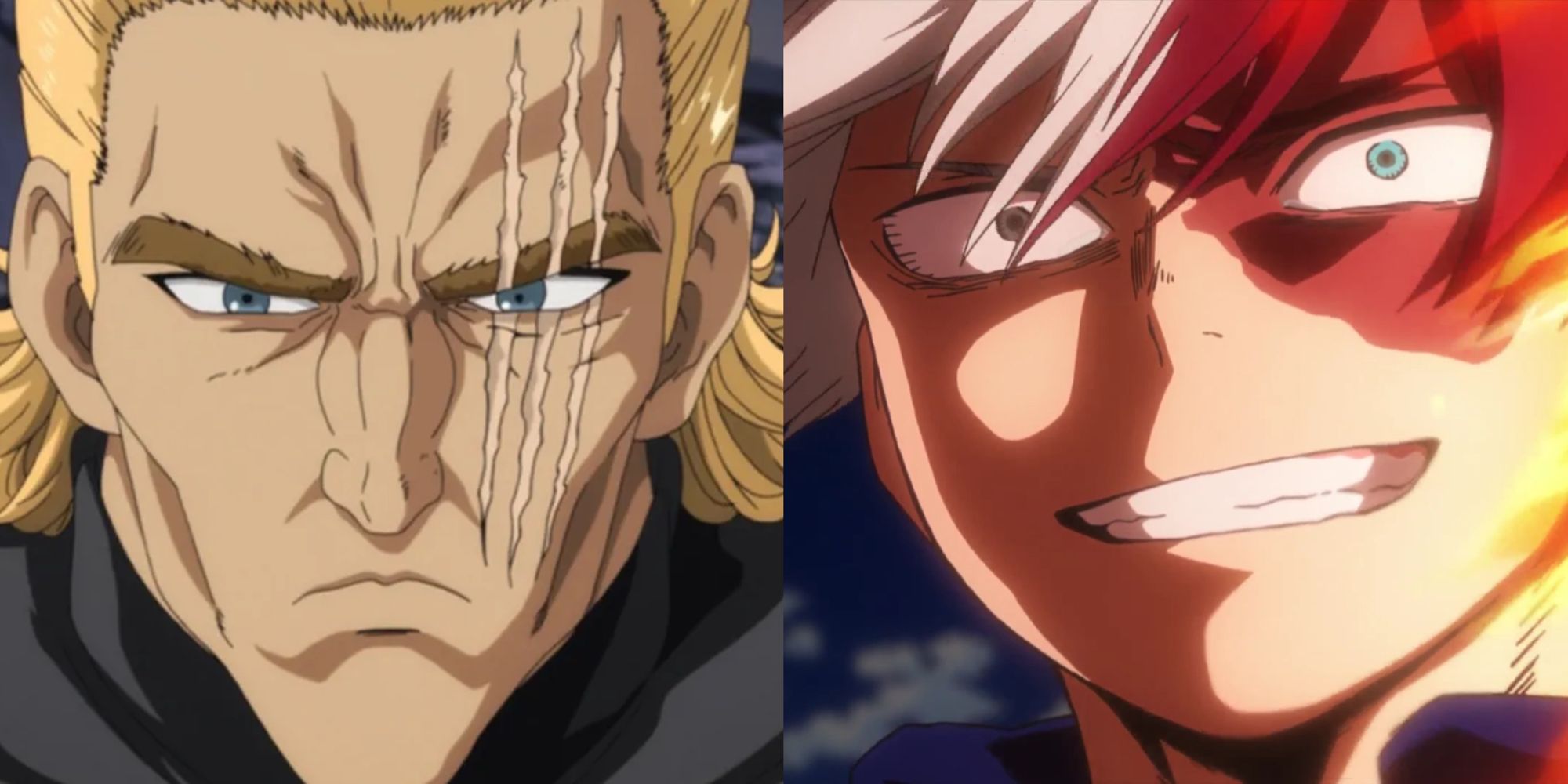 Anime characters tend to be unique and original as a way to differentiate themselves from each other and become iconic. Some anime characters have cool hairstyles, while others have awesome tattoos. However, another method to leave a long-lasting mark on viewers is to have one or many scars.

Scars can easily let anyone understand a little more about the character and their past. Scars are usually signs of trauma or a past fight that someone has managed to survive. Scars may not be the most attractive thing a person can have, but they can be endearing. These are just a few of the most famous anime scars of all time.

One Punch Man‘s King is known as “The Strongest Man on Earth” and is a professional hero in the Hero Association. One facial feature that many fans (and people in general) notice when first meeting him is his scar. Over his left eye, King has three long vertical lines after being scratched by a monster called Octopus Claw Man.

Although this scar makes him seem intimidating, King is actually a caring guy who can easily be scared of certain situations. His close friends know he can be a coward at times but when things get rough, he’s someone they can count on.

Kakashi, aka Kakashi of the Sharingan, is one of the most famous and most talented ninjas in the popular series Naruto. Kakashi had his left eye damaged in the Third Shinobu World War. Although he hides his face behind a mask most of the time, he once used to wear a Sharingan before getting his old eye back with the help of Naruto.

Kakashi, being a fan-favorite character, has one of the most iconic anime scars. It doesn’t diminish his good looks either, as many girls still consider him to be handsome.

Monkey D. Luffy is the main character from the classic pirate anime, One Piece. He’s the founder and captain of the Straw Hat Pirates, and his goal is to become the Pirate King someday. Luffy also has a few iconic scars on his body that fans of the show know well enough.

His first one is under his left eye and did require two stitches after Luffy stabbed himself with a knife to prove how unafraid of pain he was. During the fight of the Summit War of Marineford against Akainu, Luffy was left with an X-shape scar on his chest too.

Sanemi is a recurring character in Demon Slayer. He’s the Wind Hashira of the Demon Slayer Corps, and his hatred for demons is pretty well-known. His hatred comes from a traumatic childhood experience in which his mother was turned into a demon and killed most of his siblings.

Sanemi got his first two facial scars after fighting her and acquired many more all over his body after spending years killing demons. His scars are now a part of him and show everyone just how hard he fights for his cause.

Dabi is one of the many villains in My Hero Academia. He possesses the Blueflame quirk, which allows him to control, create and manipulate any blue flames. His most iconic physical feature is his purple-burnt scars, which can be found all over his body after he lost control of his quirk as a kid and burned himself.

He has scars under his eyes, ears, arms, torso, legs, and below his jawline to his collarbone. His scars are attached with metallic piercings to give him a more menacing and deranged look.

Tanjiro is the protagonist of Demon Slayer. He’s a member of the Demon Slayer Corps and has made it his mission to save his demon sister, Nezuko, by turning her into a human again.

Tanjiro has a unique scar on his forehead that stems from saving his younger brother from a falling pot of boiling tea and getting burned in his place. After his fight with the Hand Demon during the Final Selection, his scar changed into a flame-like shape before officially becoming his Demon Slayer Mark.

Shoto is one of the main characters of My Hero Academia. Although he possesses fire and ice abilities, he prefers to use ice as a rebelling method against his father, Endeavor. Shoto tends to be quiet and reserved due to his harsh upbringing. His rough childhood also left him physically scarred after his mother threw scalding water on his face during a mental breakdown.

Shoto’s burn mark is on the left side of his face and runs from his hairline to the top half of his cheek. Despite his scar being large, Shoto doesn’t let it affect him. Plus, many girls at his school consider him one of the most handsome guys in their class. His burn mark makes Shoto an even more interesting and complex character.

MORE:Cool Anime Hairstyles, Ranked By How Much Maintenance They Must Require