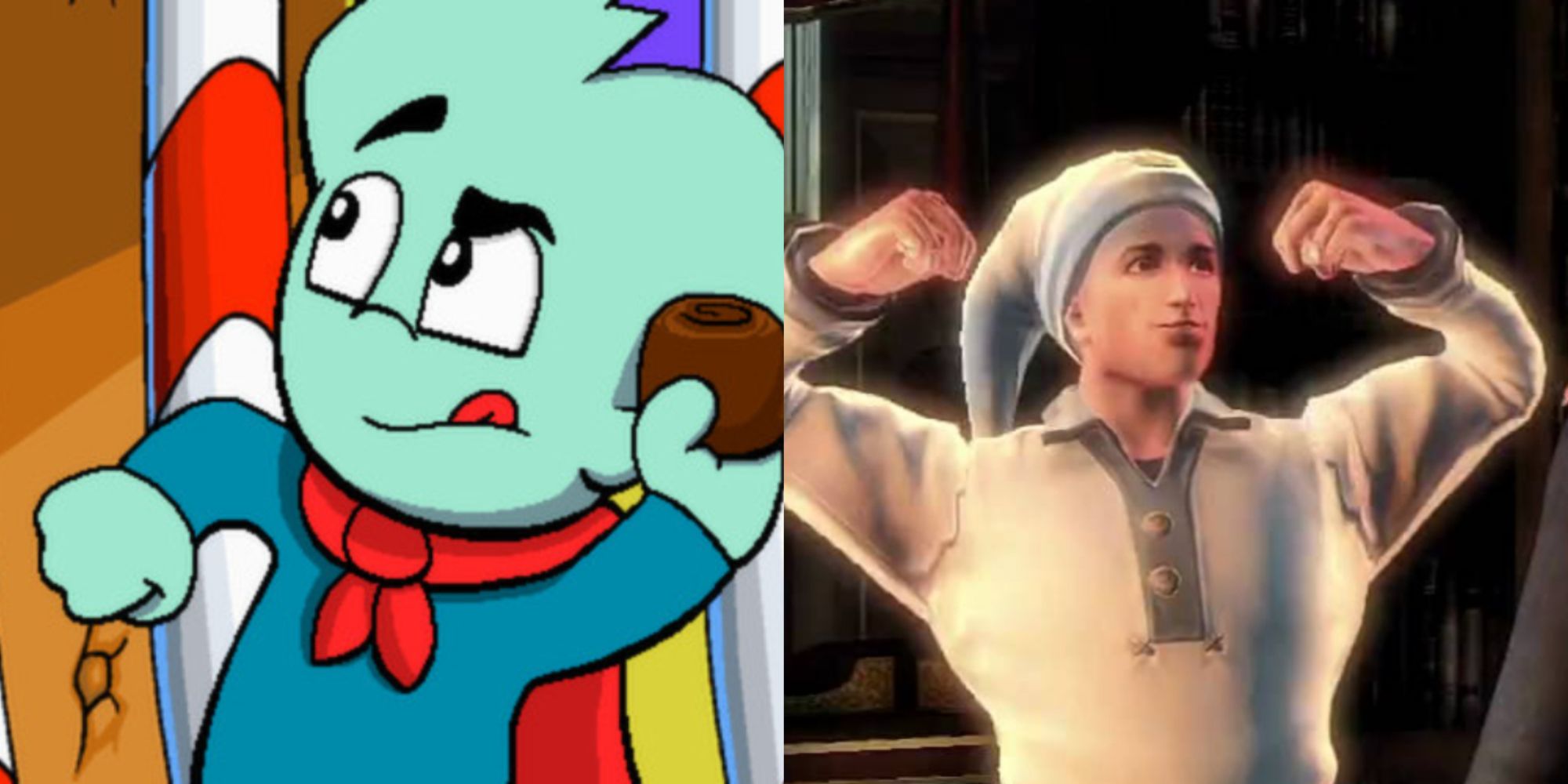 Armor is perhaps the most common choice of attire for video game characters, whether it’s the traditional silver one or the more futuristic spartan getup. It makes sense, as these characters often go on dangerous adventures where protection is needed.

RELATED: RPG Adventures I’d Rather Sleep In To Avoid

However, many gaming heroes opt for different sorts of clothes, from suave suits to magical cloaks to little tunics. One of the more unusual choices of clothing is pajamas. They’re a perfect option for sleeping but don’t seem like the best attire for important missions and quests. Yet, there are several characters who always wear PJs in their games. The following examples are the most notable. Characters who only wear pajamas for small sections of games are not included.

The protagonist of this game isn’t the most courageous hero seen in the RPG genre. After all, he spends much of his time crying his eyes out. Yet, unlike some iconic protagonists, he is a chosen one. And it’s up to him to save his world from corruption.

To do that, you’d think he’d need to do some serious preparation. But he never really gets the chance, as he leaves his house in his pajamas and is quickly pulled into an adventure. The said pajamas are a black and yellow stripy getup. Due to the 2D perspective and distinct art style, it is hard to get a good look at his choice of bedwear. However, he is clearly donning some PJs.

Pajama Sam prefers the American spelling of pajamas and stars in his own series, where he’s the titular character. All the games are point-and-click adventures designed for kids. As such, he is a pretty wholesome hero who goes on imaginative adventures. He looks like some sort of alien with his teal skin and hair, but he’s just supposed to be a young boy.

The kid lives up to his first name by always wearing pajamas. It’s not the most detailed outfit, as it’s simply a plain blue onesie with little boots. When going out on adventures, he also puts a cape on to resemble his hero, Pajama Man.

There has been a bunch of Touhou Project games over the years, and Patchouli Knowledge features in several of them. Sometimes she’s a boss, while other times, she’s a playable character. Regardless of her role in the game, her personality pretty much remains the same. She is an introverted woman who loves to acquire more knowledge, which is why she spends much of her time in the library.

She’s also a significantly powerful witch and will use her abilities if needed. However, she doesn’t don a witch’s hat or cloak. Instead, she prefers PJs. To be more specific, she always wears a long frilly pink nightgown with a matching cap. It looks like a comfortable outfit.

This unique game stars a young man called Thomas. Unfortunately, he is plagued by constant nightmares. Every time he wakes up from one, he enters another. And they progressively get darker, more messed up, and more terrifying. This is because not only do they include monsters and death, but depression and self-harm features in them, too.

While traversing the nightmares, Thomas sports a simple set of pajamas. As the game is in black-and-white, there’s not much to say about the color. Yet, the outfit clearly has checkered pinstripes all over it, so it isn’t completely basic. However, as Thomas is facing of collection of his worst nightmares, he probably isn’t too worried about his fashion sense.

The Hyperdimension Neptunia series contains some of the most unusual RPGs of the 2010s. This is because most of the main characters represent different video game consoles. In her human form, Plutia represents the unreleased Sega Pluto. So, she isn’t one of the most famous consoles. But she is a great character nonetheless.

In her standard form, she is incredibly laid-back and loves naps. Therefore, her typical choice of attire is very fitting, as she wears pajamas. Yet, these aren’t typical PJs, as her outfit looks like a fancy and colorful dress. In fact, the only thing that really confirms that it is bedwear is the fluffy slippers she has on her feet.

Fable 3 is all about a prince or princess organizing a revolution to overthrow the King of Albion, which is also their brother. Later, they gain the title of The Hero Of Brightwall. Yet, before they accomplish all that, they’re just a sleepy prince or princess waking up in bed.

In that opening scene, they’re wearing a very traditional set of pajamas. The men’s version is a full white suit with some blue trimmings. And the standout feature is the large nightcap that goes with it. The woman’s version of the outfit is a bit different. It’s a more frilly getup with a big bow on the chest and little shoes. The hat is also different, as it’s more rounded. They’re just starter outfits, but because you choose what the protagonist wears, one can become the hero’s signature attire.

NEXT: Games That Take Place Over A Single Night