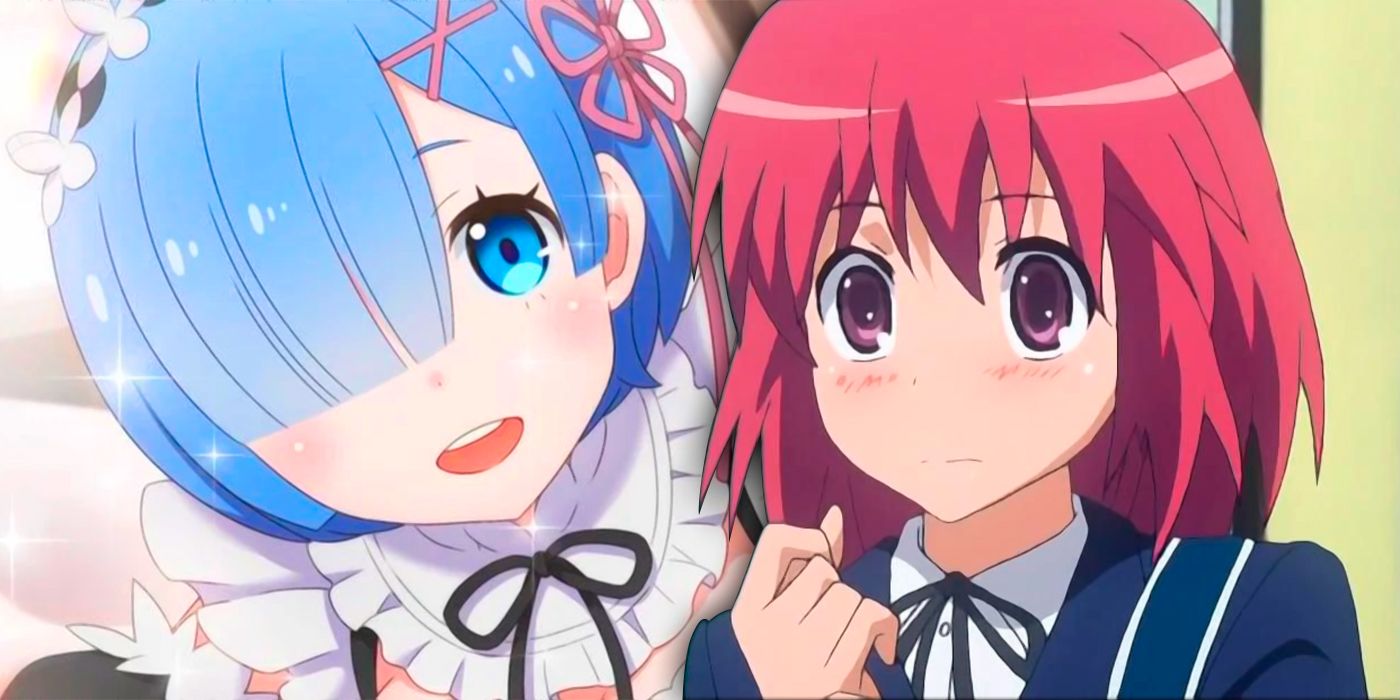 Love confession are a fan-favorite trope and a great plot device in anime, but not every character who gets the chance to tell their feelings receives a happy ending. While it takes courage to open up and put your feelings into words, there are instances where heartbreak becomes a reality.

Although heartbreak caused by a failed love confession may not be devastating compared to, for example, the profound sadness of losing a loved one, being rejected, especially at a certain age, can leave a deep scar on one’s heart. Here are some of the most brutal rejection scenes that left the viewers with heartache or made them cry along with whoever got rejected.

There is no doubt that one of the most heartbreaking rejections in anime was in Re:Zero when Subaru told Rem that he is in love with someone else. When Rem was rescued by Subaru, she started to see him as a savior — a hero that saved her in every way a person can be saved. After dying, being reincarnated several times, and everything the two have been through, Subaru ended up being the one and only in the eyes of Rem.

When Rem found the courage to confess her true feelings, she gave an impassioned romantic speech, explaining everything she loved about Subaru — even his fingers. However, it seems that Subaru wasn’t impressed, as he somehow managed to make Rem’s momentabout himself and rejected her by saying that he loves Emilia. In time, Rem moved on, but the scene remains one of the cruelest rejection scenes.

Minori Loves Ryujii, But So Does Taiga

Toradora is actually about two characters — Taiga and Ryuuji — who agree to help each other to get closer to their love interests. However, at some point, the initial plot changes, and the series becomes a love triangle, or square. On Christmas Eve, Ryuuji finally decided to confess his feelings to Minori. After giving Taiga her Christmas present in a bear suit, he went to find Minori without wasting any time. Before he could even start talking, Minori rejected Ryuuji by telling him she no longer wanted to see ghosts and UFOs, referring to a previous conversation they had a year ago. Later, without letting him say anything, she left the scene, leaving Ryuuji shocked and speechless.

What Ryuuji didn’t know, however, was that right after he left Taiga’s place, Taiga subtly confessed her feelings to Ryuuji, while Minori was watching from afar. Although Minori also had feelings for Ryuuji, once she saw her best friend screaming and crying out loud about Ryuuji, Minori decided to keep her feelings to herself. Rather than the scene itself, realizing what a selfless decision Minori made left the audience heartbroken.

Muge’s Feelings Are Mocked By Her Classmates

The Netflix original anime A Whisker Away was not the biggest success of 2020, still, Muge’s confession scene deserves time in the limelight. From the very beginning of the film, protagonist Miyo Sasaki, or Muge, was trying to cope with her feelings toward her classmate Hinode. Although she couldn’t get close to him during the day like she wanted, at night, she transformed into a cat named Taro and was visiting Hinode. Finally, Muge decided to write a letter confessing her feelings and present it to Hinode in class.

However, before she could deliver the letter to him, a bully snatched it from her hands and started to read it aloud as Muge chased him around the classroom. At last, Hinode intervened and took the letter from the hands of the bully. While the viewers were expecting a delicate rejection, the embarrassed Hinode publicly declared that he hates Muge to save face, which made Muge run away in tears.

RELATED: One Piece: Uta Has a Dangerously Similar Ideology to Two Naruto Villains

Sakura was rejected more than once — by more than one person — in the Naruto franchise. However, the scene where she was rejected by Sasuke before he joined Orochimaru remains one of the most painful rejection scenes, both in the series and in anime in general. In a desperate attempt to stop Sasuke from leaving, Sakura confessed her feelings — without any preparation or a plan — and told him the love she feels for him is unbearable. However, sadly, her words did not affect his decision.

By thanking her and acknowledging her feelings and everything she has done for him, Sasuke demonstrated he is not as heartless as he looks. However, to stop Sakura from following him further, he put her under genjutsu, leaving her unconscious and in tears. Although Sakura is not a fan-favorite character and her most outstanding personality trait is her feelings for Sasuke, no one deserves to be knocked out after confessing their feelings.

Last but not least, Lovely Complex’s bear curry rejection scene is gut-wrenching. Koizumi and Otani started out as rivals who couldn’t stand one another. However, later they realized that they have plenty of things in common. Although Koizumi was the first who fell for Otani, she couldn’t immediately bring herself to express her feelings. Once she confessed, however, Otani misunderstood and thought that Koizumi was only expressing her friendly admiration. In her second attempt, she was less prepared and basically shouted it at his face, so he could understand without getting confused.

Otani did not give an immediate answer and asked for time to think. Eventually, during their school trip to Hokkaido, Otani told her that he could not see her as a girlfriend while holding a can of bear curry. The rejected Koizumi brushed it off by laughing and told him not to worry. However, once she got back to her friends, she couldn’t find the words to explain what happened and cried by mumbling the words “bear curry” over and over again. To this day, this tragically comedic scene is the first one that comes to mind when talking about rejection scenes.