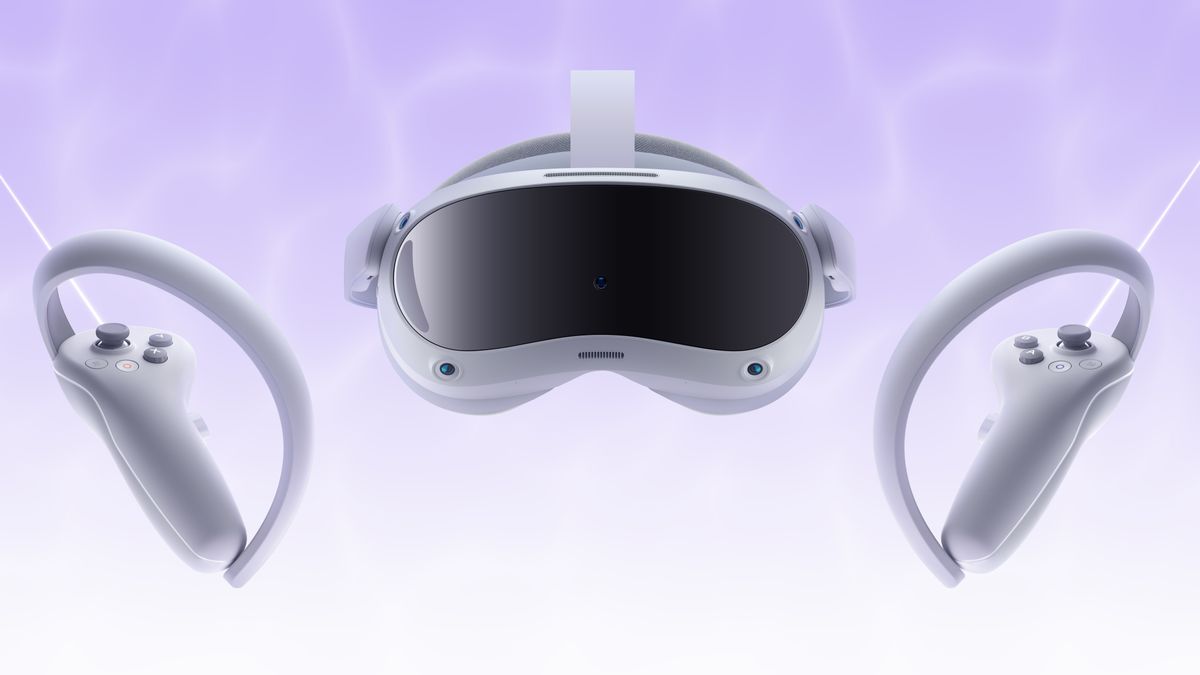 After months of rumors, ByteDance and Pico have finally unveiled the Pico 4 VR headset, and frankly, it bests the Oculus Quest 2 in almost every single way.

Pico devices aren’t well known in the West – as opposed to Oculus Quest devices – but the brand is expanding into this market after many years of thriving across Asia. In early 2022, the company’s Neo3 Link headset launched in Europe, and there were rumblings that a budget-friendly Pico headset to rival Meta’s Oculus Quest 2 was on the way. What’s more this device was expected to adopt features exclusive to Meta’s premium Project Cambria headset (the Quest 2’s successor).

Now with the Pico 4 VR headset officially unveiled (opens in new tab), it’s clear that the rumors were true. This is the Quest 2 rival we’ve been waiting for.

In many ways, the Quest 2 and Pico 4 are very similar devices. Both headsets are standalone (meaning you don’t need a PC or external device to run them), and both offer inside-out tracking for 6DoF VR (also known as full VR) experiences. Just slip either device on and you can wander around and interact with a VR space as if it were real; minimal setup is required.

What’s more, each headset comes with two storage options:128GB or 256GB. Both even use identical Qualcomm Snapdragon XR2 CPUs and offer controller-free experiences. But that’s about it as far as similarities go since the Pico 4 headset pulls ahead of the competition in almost every other regard.

Despite these upgrades, because of the Pico 4’s pancake lenses – a slimmer form of optics being used by next-generation VR headsets – the headset is only marginally heavier than the Quest 2, at 586g compared to 503g. You might not even notice that extra weight since the Pico 4 places its battery at the back of your head – the opposite side to its display – as opposed to Quest 2’s front-loaded design.

Last, but not least, the Pico 4 will include a 16MP RGB camera that facilitates full-color passthrough. This means it can record a full-color video of the real world around you, whereas the Oculus Quest 2 can only show you the real world in grayscale.

Full-color passthrough is set to be a major feature on the Quest 2’s premium successor (Project Cambria) as it will allow developers to create more realistic and engaging AR experiences.

Oh, and to top it all off, the Pico 4 headset will only cost you £379 for its 128GB version and £449 for the 256GB version. That’s £20 and £50 cheaper than the equivalent Oculus Quest 2 models respectively following the Quest’s upsetting price hike back in July.

Preorders for the new headset are available now for people in Europe’s Neo3 Link beta program and will be open to the general public in the UK, Europe, and Asia at some point in October.

Meta seemed like an unstoppable force in the VR space, thanks to its hugely popular Oculus Quest 2 headset. But, thanks to the headset’s increasingly outdated hardware – in combination with its recent price hike – the Quest 2’s place at the top feels shakier than ever.

Given how impressive the Pico 4 seems, ByteDance-owned Pico could soon be taking the VR headset crown for itself.

We’ll have to test the Pico 4 headset a bit more before we can deliver our final verdict, but when Rhys Wood, TRG’s Hardware Writer, got hands-on time with the Pico 4 at Gamescom 2022 he loved it.

The high-resolution display produced a crisp image, and the 105-degree field of view gave experiences a wonderfully open feel. Compared to Sony’s PlayStation VR headset this was a clear step up, but a good side-by-side comparison with the Quest 2 is still needed to determine how much better the new Pico device is.

Right now, the only major downside we can see is that despite the rumors, the Pico 4 isn’t going to be available to VR enthusiasts in the US – unless you import one from the UK, Europe, or Asia. That said, given that almost every other major Pico 4 rumor ended up being true, we wouldn’t be surprised to see this piece of tech launch in the US sometime in 2023.

But for those of you who can choose between the Pico 4 and Oculus Quest 2, we’re leaning towards recommending the Pico. Unless you’re after an exclusive game that’s only on the Quest 2 – like Resident Evil 4 VR or the hotly anticipated GTA San Andreas VR port or Ghostbusters VR – Pico’s rival headset might soon earn the top spot on our best VR headsets list.