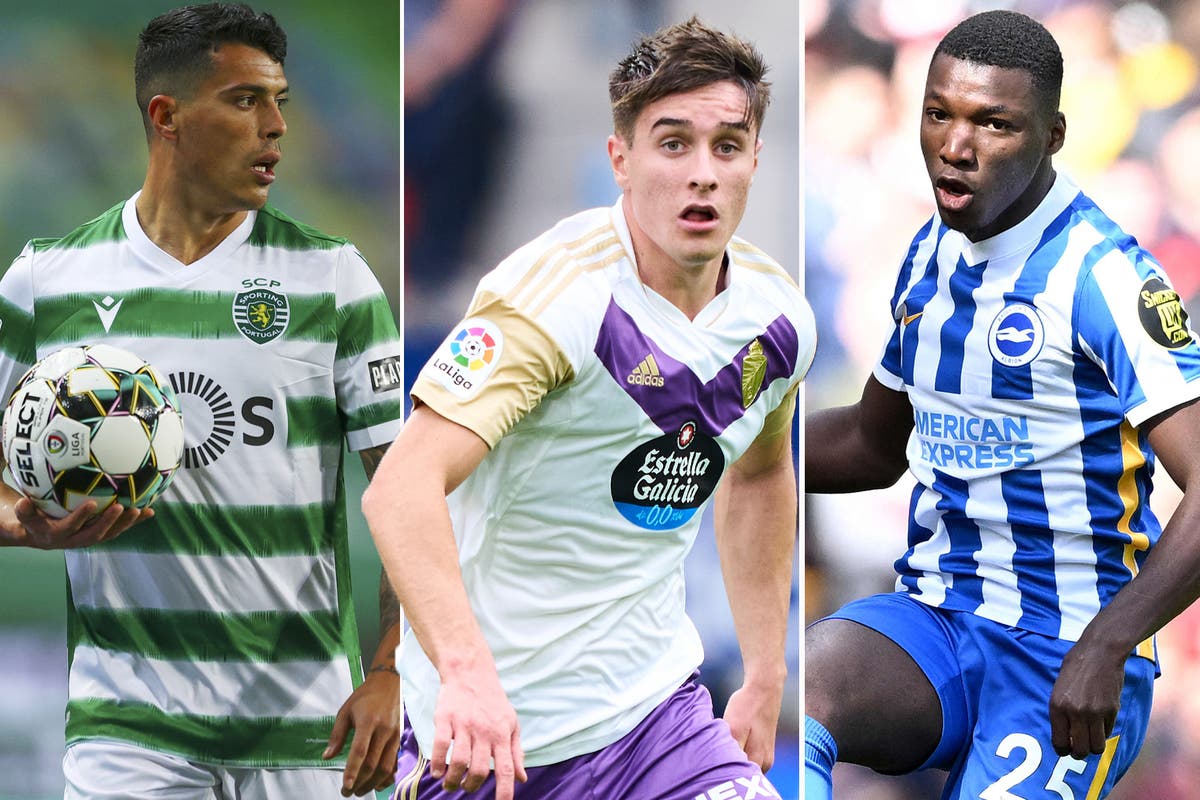 Arsenal, Chelsea and Tottenham are working hard to wrap up late deals as the January transfer window nears its deadline. Despite leading the Premier League, the Gunners have already snapped two players in the form of Leandro Trossard and Jakub Kiwior and still want Ivan Fresneda and Chelsea target Moises Caicedo.

The Brighton midfielder has already been the subject of a £55m offer from Chelsea, who have again failed in a fresh push to sign Argentina star Enzo Fernandez amid reports of an £87m offer from Stamford Bridge. The Blues are also ready to launch another bid for Anthony Gordon after failing to sign him in the summer.

Over at Tottenham, Arnaut Danjuma has now joined on loan after hijacking Everton’s agreed deal and a fresh round of talks over the potential signing of top target Pedro Porro are planned for this week amid interest from Chelsea, while links with Nicolo Zaniolo continue to bubble along. Follow all of the latest transfer news, gossip and rumours below!

A first look at Arnaut Danjuma at Tottenham

Arsenal manager Mikel Arteta would like to add a midfielder to his squad before the January transfer window closes next week.

There are “concerns” around the fitness of midfielder Mohamed Elneny, who has been out since the middle of this month with a knee injury.

Arteta has not confirmed when Elneny could be back playing as he is still being assessed, but he is out of Friday’s FA Cup fourth round tie at Manchester City.

Tottenham have confirmed the signing of Arnaut Danjuma on loan until the end of the season.

Danjuma had agreed to join crisis club Everton, but Spurs hijacked that deal for the Villarreal forward, who will boost Antonio Conte’s attacking options. The deal includes an option for Spurs to buy the 25-year-old in the summer.

The Netherlands international, who was not selected for the World Cup in Qatar, underwent a medical yesterday and will replace Lucas Moura in Conte’s squad.

Djed Spence has barely had much of a look-in at Tottenham this season and could now be on the move.

Spurs are pushing to sign Pedro Porro during what remains of this month’s transfer window, forcing Spence further down the pecking order.

As a result, the former Nottingham Forest defender may be allowed to leave with Brentford and Leicester said to be keen.

Fabrizio Romano has given it the here we go treatment!

With Arnaunt Danjuma heading to Tottenham, what could that mean for some of Antonio Conte’s other attacking options?

In the immediate term, Danjuma’s signing could pave the way for Lucas Moura to leave this month or Bryan Gil to return to Spain.

Perhaps the biggest question, however, is whether Danjuma is truly an Antonio Conte signing or a piece of opportunistic club business. The Spurs boss has already demonstrated that buying players for him is risky, with Djed Spence, labelled a “club signing” by Conte, still waiting for his first start since a £15million summer move.

Arsenal have already signed two players this month but it seems they remain in the hunt for more signings.

Indeed, Mikel Arteta has confirmed the Gunners will still move for targets should the right deal present itself.

Frank Lampard became the latest fall-guy for Everton owner Farhad Moshiri when he was sacked on Monday night, but few Toffees fans hold the former Chelsea and England midfielder responsible for their precarious position or the civil war engulfing the club.

Lampard was, in fact, well-regarded for steering Everton clear of relegation last season and speaking openly to supporters about the club’s many shortcomings.

Brighton have had an offer rejected for RB Leipzig midfielder Amadou Haidara, in a pursuit which could free up Moises Caicedo to move to Chelsea, writes Nizaar Kinsella.

Leipzig do not want to sell Haidara this month because of the difficulty of finding a replacement.

Manchester United and Liverpool have previously shown an interest in the 24-year-old Mali international, who has a clause in his contract allowing him to leave in the summer for a Champions League club.

Chelsea, meanwhile, have had several approaches turned down for Caicedo, 21, who is deemed not for sale by Brighton.

Arsenal have made Juventus star Federico Chiesa their No. 1 transfer target, according to reports in Italy.

Juve need to cash funds and the Euro 2020 hero is reportedly up for sale and Mikel Arteta said to be a huge fan.

Calciomercatoweb claim Chiesa could be available for as little as €20million (£17.6m).