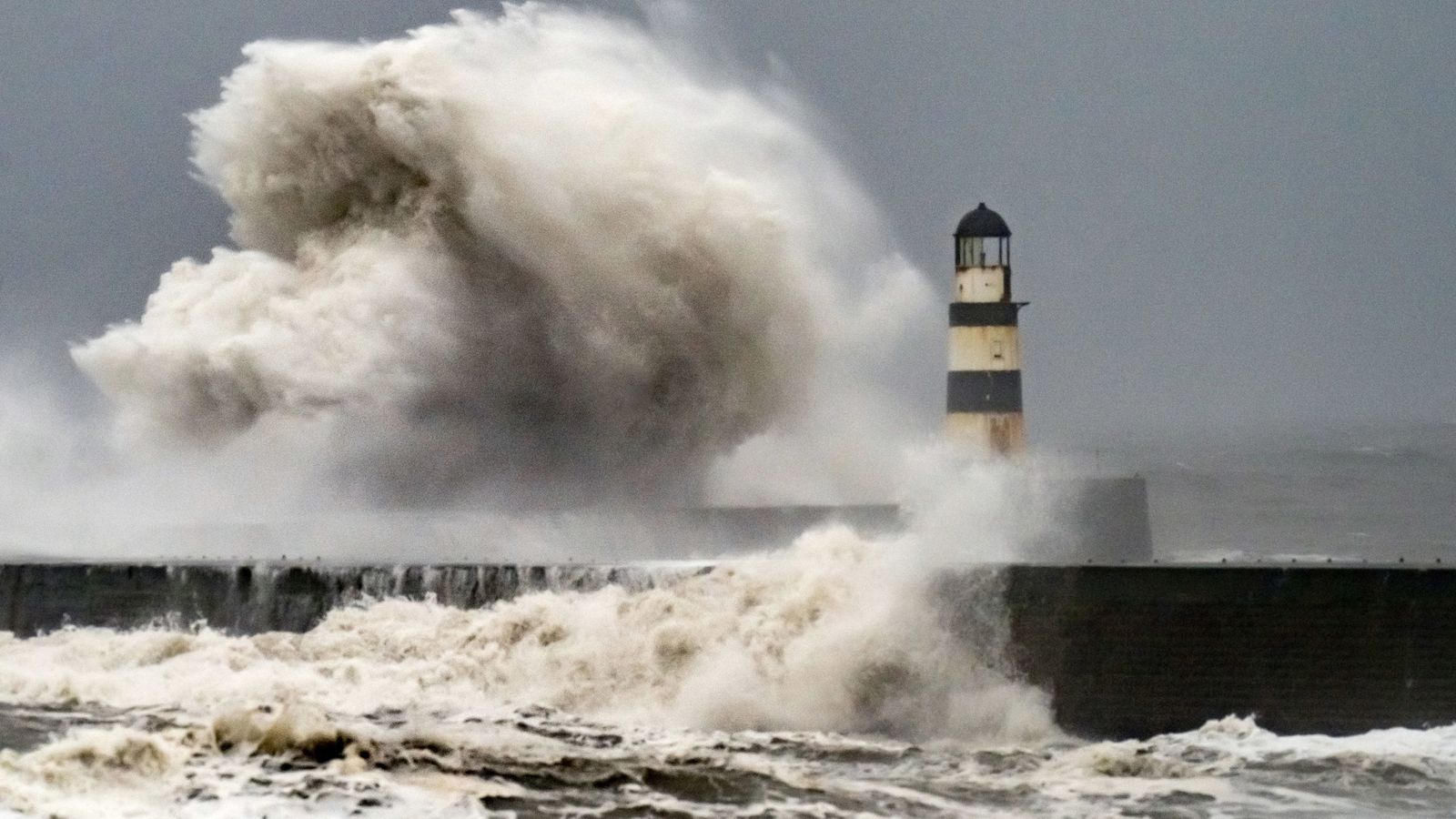 The Met Office has issued a further yellow warning for wind, adding to earlier alerts about gusts and heavy rain in several areas of Britain.

The areas affected on Thursday include large parts of Wales, southern and western England, Northern Ireland and southern Scotland.

Blustery winds and downpours could batter parts of Cardiff, Plymouth, Truro, Exeter, Portsmouth, Bath and Brighton from around 10am to 7pm.

From 7pm, in the western half of North and South Wales, a further spell of squally winds is expected.

Check the weather in your area

Across the affected areas, some disruption to road, rail, air and ferry transport is also likely, with spray and flooding on roads likely to delay journeys.

The Met Office also warned that some homes and businesses could also be affected by flooding.

It predicts there could be 1mm to 22mm of rain with 40 to 50mph gusts inland, which could rise to 60 to 70mph on exposed coasts, with a band of rain sweeping across the entire country from west to east.

“A narrow band of rain, heavy at times and perhaps briefly intense, will move eastwards late on Thursday morning and into the afternoon, clearing Kent during the evening.

“Ten to 15mm is likely to fall in a one-to-two-hour period, with around 20mm in a few places.”

It continued: “With saturated ground, this is likely to lead to a fair amount of surface water on roads and flooding in one or two places.

“Strong winds will be an additional hazard with gusts of 40 to 50 mph inland and perhaps briefly 60 to 70mph along some exposed coasts, especially in Cornwall, Pembrokeshire, Gwynedd and Anglesey.”

It said from 7pm, the squally gusts could result in some short term loss of power and other services.

Strong winds could also hit parts of Northern Ireland, including Belfast, Newry, Londonderry and Omagh from 8am to 2pm on Thursday.

Forecasters say some areas of southern Scotland such as Dumfries and Ayr are expected to be affected, with some transport disruption also likely.

They said some coastal routes, sea fronts and coastal communities could also be affected by spray and large waves.

The Met Office added: “A spell of strong southerly winds will develop during Thursday morning, with gusts of 40 to 50mph inland and perhaps briefly 60 to 70mph along some exposed coasts, accompanied by a short period of heavy rain.

“Winds easing from the west during the late morning and early afternoon.”

The Met Office’s forecast for the weekend is that there will be a fine start to Saturday, before rain, already affecting western areas, spreads erratically east, accompanied by strong winds. Sunshine and showers follow later on Sunday, and into Monday.

It is expected to be mild this weekend.