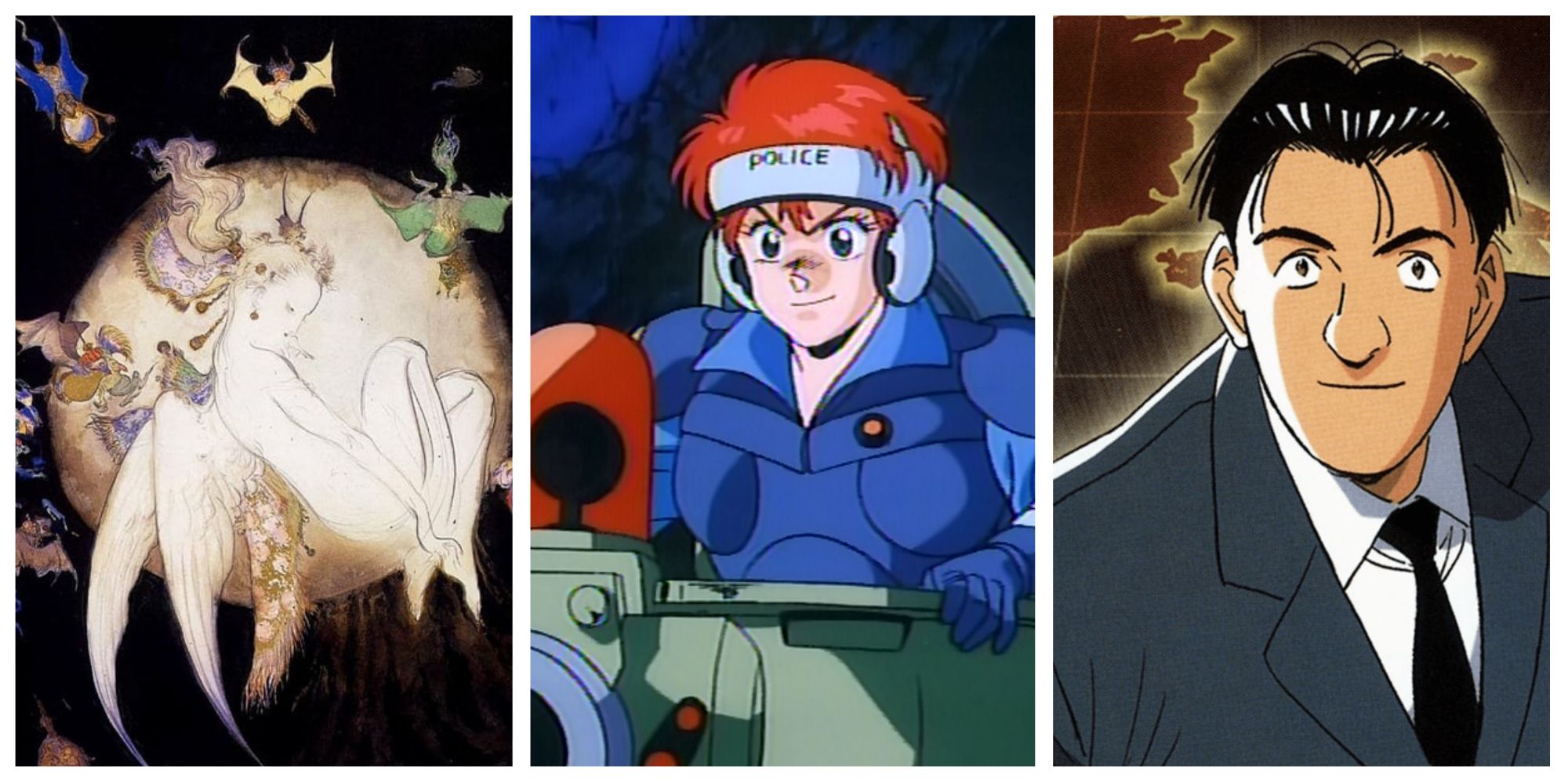 Before anime began its great late-90s boom in America, perhaps the only place anyone in the U.S. could come across this entire untapped universe of animated stories was on the shelves of some odd corner of a Sam Goody or a Blockbuster. Maybe it was the early dub of Dragon Ball or a few episodes of Ranma 1/2 or a copy of one of the big anime movies like Akira or My Neighbor Totoro…or maybe it was something more offbeat that never really caught on in America.

While there’s no doubt that the 90s anime that did hit it big in the west were some of the best Japan had to offer at the time, they were nowhere near the only anime of that era worth watching. In fact, some forgotten shows rank among the true gems of the decade.

Master Keaton was a seinen manga that tallied 144 chapters between 1988 and 1994. It’s one of the best-selling manga series of all time, and yet its 39-episode anime adaptation doesn’t get nearly as much love as it should outside of Japan.

While many anime protagonists like Goku or Naruto are super powered martial artists with the ability to do things that reach far beyond the limits of a normal human, Taichi Hiraga-Keaton’s incredible capabilities are contained mostly between his ears. He’s a former SAS agent, an archeologist, a history teacher, and an insurance investigator who always seems to be running into action-packed mysteries. The episodic style of the show is a refreshing change of pace for those feeling bogged down by 100 (or way more) episode stories.

A lifelike robot girl named Key discovers that she can become a real human if she can just make some friends. 30,000 friends, to be exact. To do this, she decides to leave her peaceful life in the country to come to Tokyo. While there, she sets her sights on becoming a famous singer in order to make those friends in a hurry. There’s a lot more going on than she knows, though, and grave danger is just around the corner.

RELATED: Anime That Used To Air On Nickelodeon

This forgotten OVA series isn’t without its flaws, but it’s still incredibly fun, emotionally impactful, and it’s got some great visuals. It all coalesces with a final movie, which has quite a bit of plot detail crammed into it. Still, it makes for an interesting finale nonetheless.

Known as Who’s Left Behind in America, this anime tells the heartbreaking tale of a young Japanese girl navigating the seismic changes cast upon her by World War II. It is reminiscent of Isao Takahata’s Grave of the Fireflies, only maybe not quite as soul-shatteringly sad.

Many anime fans enjoy the fantastical elements, the sci-fi imagination, and the pure escapism that the art form has to offer. Ushiro No Shoumen Daare offers something very different from that, but it’s no doubt worthwhile. The film is incredibly sad to be certain, but fans who can handle a truly unflinching look at conflict, loss, and trauma will be rewarded with a beautiful story that deserves more love among anime fans.

This sequel series to the cyberpunk sci-fi comedy Dominion tackled some interesting ideas and offered some pretty great visuals for its day. Set in the then-distant future of the year 2010, the show follows a special task force known as The Tank Police in their efforts to clean up the crime-ridden streets of their city with the help of some futuristic superpowered tanks.

New Dominion Tank Police covers some heavy subject matter and can dabble with a fairly dark tone. Still, there’s also enough humor and blood-pumping action to lighten things up, and make it a fun ride overall.

This anime is a lesser known and somewhat unexpected title from Monster creator Naoki Urusawa. The story follows young Yawara Inokuma as she battles between her desire to live a normal life and her grandfather’s desire for her to pursue her incredible Judo talents and win a gold medal at the 1992 Barcelona Olympics.

Although it was quite popular in Japan during its initial run in the early 90s, Yawara! wouldn’t make it overseas for another 16 years, where it still wouldn’t get as much attention as it deserves. It’s a fairly simple anime, but it does a great job of blending a variety of disparate elements into an enjoyable and well-told tale with a likable protagonist.

Premiering in Japan just a few weeks before the 1996 Summer Olympics in Atlanta, Ganba! Fly High is the story of a high school gymnast named Fujimaki Shun who has dreams of one day earning a gold medal of his own. The only issue is that he’s never actually trained in gymnastics before.

For fans of triumphant sports stories mixed with romance and comedy, this anime is an absolutely perfect hidden gem. It’s brimming with positivity and feel good attitude, and it tells a remarkably memorable tale in just 30 episodes.

Some anime tell one story across 1000 or more 20-minute episodes, and some tell 1000 or more stories across one 20-minute episode. Well, that’s the case in 1001 Nights. This psychedelic animated journey plays very much like a Japanese Fantasia, only more abstract and out there. It also has just one strange but awesome piece of source material: famed Final Fantasy character designer Yoshitaka Amano’s artwork based on the legendary collection of Middle Eastern folk tales, One Thousand and One Nights.

Fans who are not familiar with the source material shouldn’t be discouraged, as there is a lot more to gain from taking part in this mind-bending visual voyage set to the beautiful sounds of a philharmonic orchestra. It’s a quick but wild ride that deserves a little more attention from the world of anime lovers.

The cooking subgenre is a curious but incredibly popular one that has a long list of shows worth checking out. However, it’s not often that the original Chuuka Ichiban! is mentioned among them, and that’s a shame.

The show is set in a fictitious version of Qing Dynasty China where all things revolve around cooking, and chefs are essentially warlords. The story follows a young boy named Mao as he seeks to come out from under the shadow of his Master Chef mother and become the greatest cook in all of China. Anyone who likes cooking competition shows and anime will undoubtedly find this show incredibly charming.