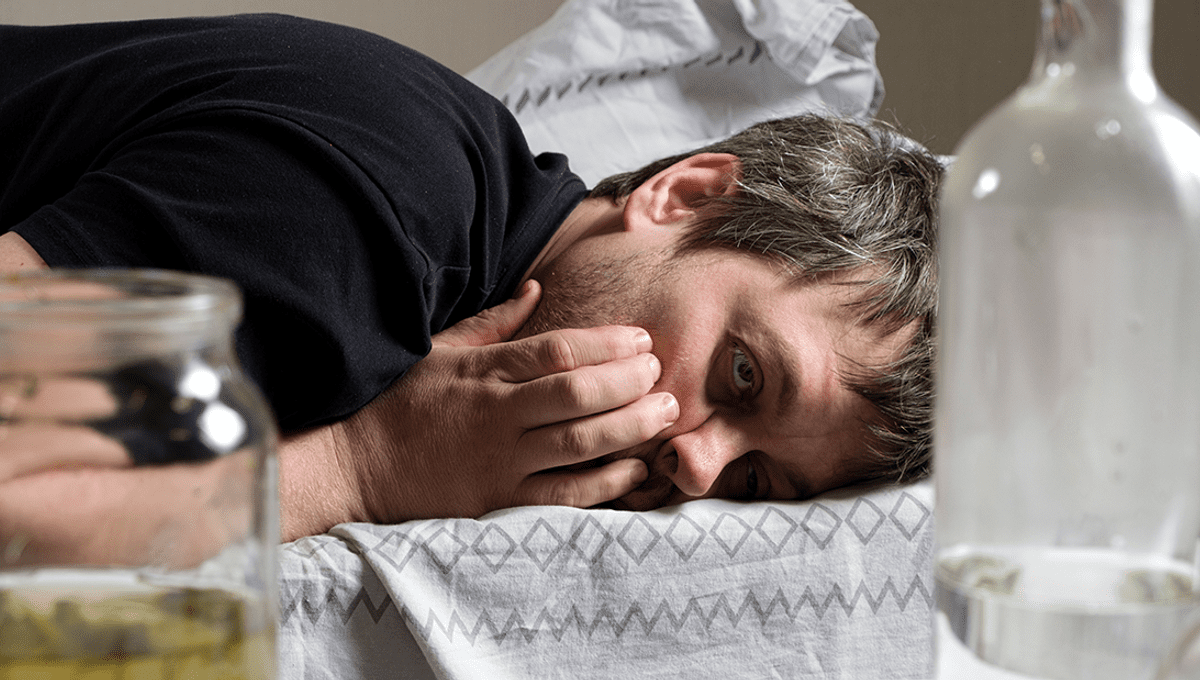 According to several surveys, a large number of people (66 percent, in one conducted on students) have experienced getting “blackout drunk”, where chunks of time are forgotten – yet this is a topic that, until relatively recently, we didn’t understand a lot about.

One of the problems with finding out about the topic (using humans directly, rather than an animal model) is that it now requires subjects who are blackout drunk to stumble into your office, or be forced to rely on their memories of times that they were, uh, blackout drunk. However, in the past, you could always go for secret option number three: an ethically-dubious experiment where you ply alcoholics with alcohol, performing tests during the subsequent blackout.

This is what happened in the late 1960s and early 1970s, when researcher Donald Goodwin recruited alcoholics from hospitals to take part in a series of unusual memory tests.

In the first part of the study, the subjects were asked about their own blackout experiences, and how others described their behavior during these events. Perhaps surprisingly, he found that people appeared largely in control of their faculties during these events.

“The most dramatic blackouts involved travel,” Goodwin wrote in his 1969 study published in the British Journal of Psychiatry.

“About a fourth of the subjects while drinking had at least once found themselves in a place with no recollection of how they got there. Often this involved travelling long distances over a period of a day or more. To have negotiated such distances, the person obviously must have had certain control of his faculties.”

“In some instances, checks had been written, planes boarded, hotels checked into, but the person could consciously recall none of these events.”

Friends who had seen them in these states described them as drunk, but behaving normally. Talking to these patients provided a lot of intriguing information about blackouts (did you know that you can become aware of a blackout while awake? “One subject found himself dancing with no recollection of what he had been doing during the previous six hours”).

However, where these experiments crossed an ethical line unlikely to be crossed today was when Goodwin gave alcohol to the patients.

Throughout the experiment, the volunteers were shown a series of pornographic films, and different toys. Failure to recognize these things the following day established whether they had had a blackout or not. During this experiment, he observed for himself how volunteers could act pretty normally while experiencing a blackout.

In another experiment, he held a frying pan in his hand and asked participants if they were hungry. Upon hearing their answer, he would then inform them the pan was filled with dead mice. Interestingly, he found that the subjects forgot this event after 30 minutes and could not recall it the following day, but could recall it about two minutes after it occurred, suggesting short-term memory was still in tact during these blackouts.

The experiments helped inform what we think is happening during drunken blackouts today, backed up by further experiments in animal models. The best idea we have at the moment is that drinking impairs the hippocampus, a region of the brain with major roles in learning and memory. The problem seems to be a failure not of recalling memories that are there but inaccessible, but of not creating these long-term memories in the first place.

“We think a big part of what’s happening is that alcohol is suppressing the hippocampus, and it’s unable to create this running record of events,” Aaron White of the National Institute on Alcohol Abuse and Alcoholism in the US told the BBC. “It’s like a temporary gap in the tape.”