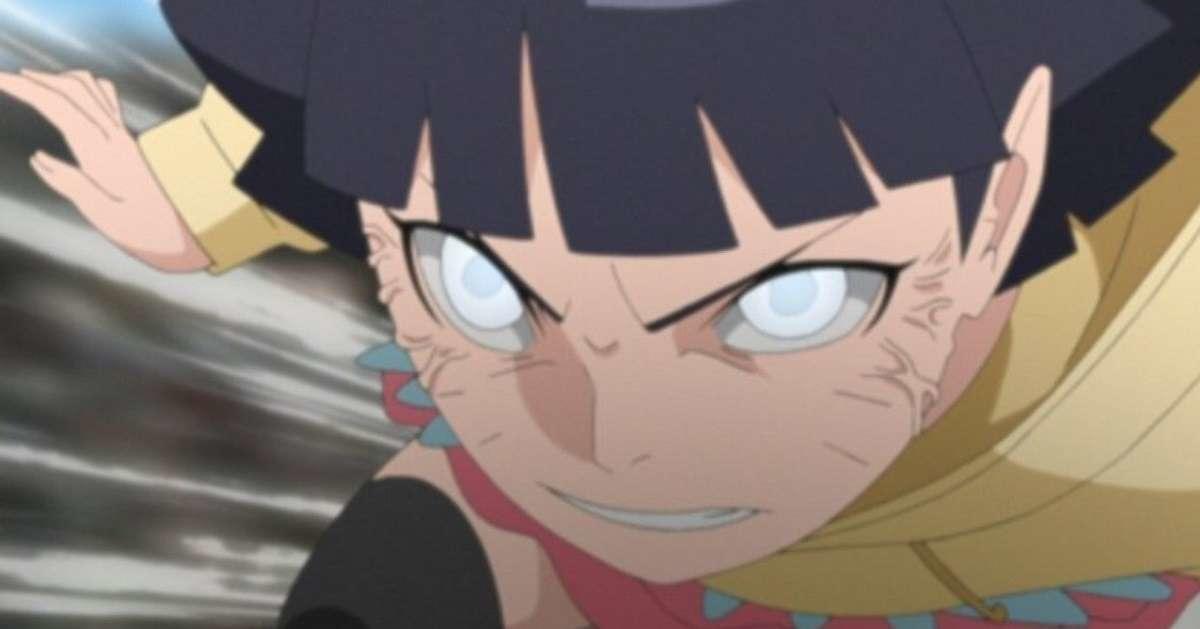 Boruto: Naruto Next Generations’ anime adaptation might still be seeing Sasuke Uchiha fighting a dinosaur, but the series is preparing to adapt the long-awaited “Code Arc” following the conclusion of the Sasuke Arc. Luckily, the manga series from which the television show takes a good deal of its material has continued to follow the Hidden Leaf Village by giving us new chapters that have thrown a serious monkey wrench in Konoha’s works. Now, with Daemon hinting at Himawari having a hidden power, here’s what we know when it comes to Boruto’s sister’s hidden strength.

Warning. If you have yet to read the latest chapter of Boruto: Naruto Next Generations, Chapter 77, you might want to steer clear as we’ll be diving into spoiler territory.

While Himawari certainly has her fair share of powers, she is not yet on an even playing field with her older brother in the strength department. At present, the youngest Uzumaki has demonstrated that she takes after her mother, specifically when it comes to her mastery of the Byakugan, the bloodline technique that allows the user to see an opponent’s moves, look through walls, and even see the inner chakra pathways of a target allowing for some brutal attacks to transpire.

While the “hidden power” has yet to be revealed, whatever it was caused Daemon to attack Boruto’s sister, noting that she has a unique intensity that elicited a hidden strength:

Himawari is finally gonna be relevant in the Manga 😭😭🔥 We been waiting for this!!

Knew she wouldn’t be left out from the plot as she’s Naruto and Hinatas daughter 🤩#BORUTO #NARUTO pic.twitter.com/sxH3pSQ8fY

There are quite a few mysteries surrounding Himawari’s enigmatic power, one of which is the idea that it might not even exist. Daemon might feel an “intensity” because he has a crush on Boruto’s sister, which is something that the son of the Seventh Hokage hilariously attempts to nip in the bud. Still, there is also the possibility that the power is real and is in relation to the Byakugan or might even relate to the family’s relationship with Kurama, aka the nine-tailed fox who was lost as a result of the battle against Jigen.

In the anime, Himawari joined ninja academy with Kawaki, as the two attempted to become the next big warriors in Konoha’s arsenal and whether Boruto’s sister has a mysterious hidden power, her Byakugan abilities place her at a high level when it comes to the other young ninjas of the Hidden Leaf.

What do you think Himawari’s hidden power will turn out to be? Do you think Daemon has a crush on Boruto’s sister? Feel free to let us know in the comments or hit me up directly on Twitter @EVComedy to talk all things comics, anime, and the world of the Hidden Leaf Village.