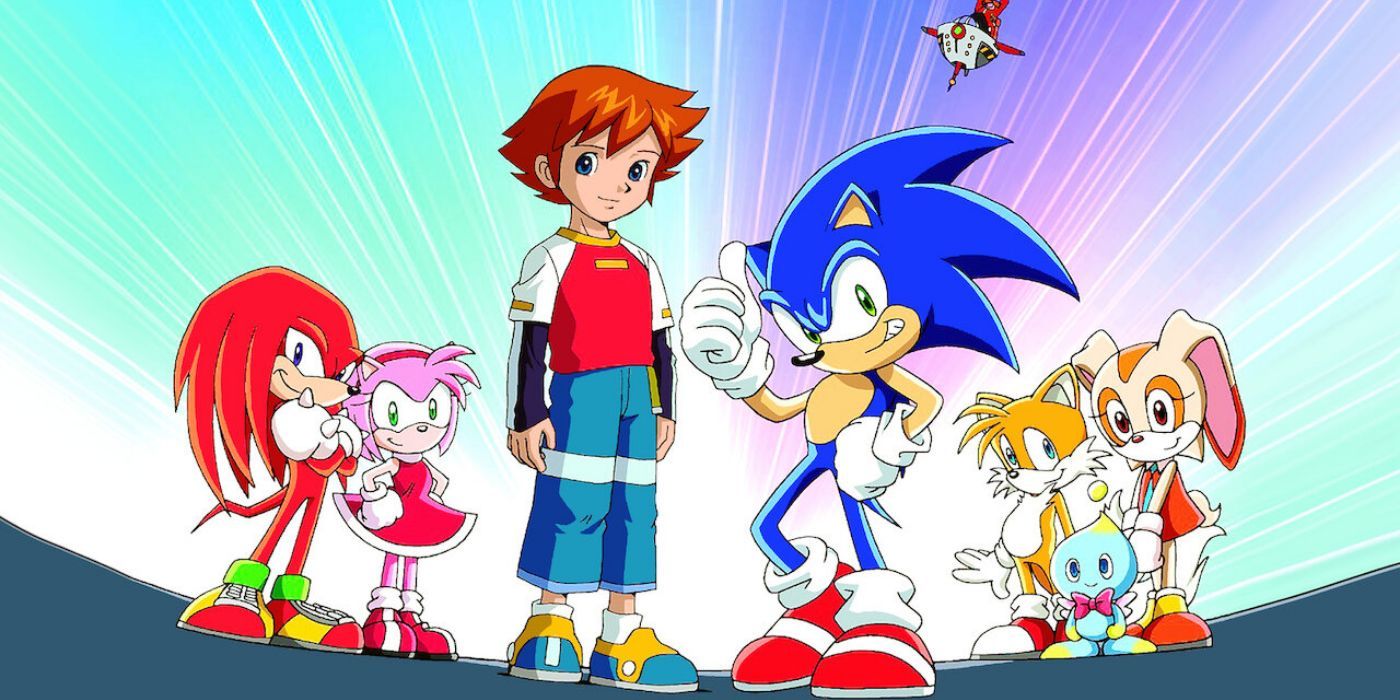 Sonic the Hedgehog has starred in several hit video games, as well as numerous adaptations in other media. One of these was the anime series Sonic X, which is notable for introducing the phrase “gotta go fast” into the needlemouse’s franchise lexicon. The anime’s middle season would also adapt several of his more recent games, though one notable enemy of Sonic’s never made the jump to the cartoon.

Metal Sonic is one of the most iconic villains in the Sonic the Hedgehog franchise, with his debut being regarded by many as one of the best games in the series. Nevertheless, he was strangely absent in perhaps his enemy’s best animated series, showcasing just how forgotten Sonic CD had become at that point.

RELATED: Sonic the Hedgehog’s Greatest Weakness Came from a Misunderstanding

The first season of Sonic X had Dr. Ivo ‘Eggman’ Robotnik as the main villain, with the mad doctor being joined by the likes of his robotic creations Decoe, Bocoe and the bomb-dropping Bokkun. These three were anime-original characters who weren’t based on any pre-existing “badniks” from the Sonic video games. For the most part, Season 1 would be made up of episodic, entirely original stories, though that changed in the next round of episodes.

Season 2 of Sonic X pulled more directly from the games, namely that of the 3D era Sonic video games. Adapting the storylines of Sonic Adventure and Sonic Adventure 2 (whose remakes were still widely available to purchase for the Nintendo Gamecube) in its first half, the second part of Season 2 would also use elements from Sonic Battle and a bit from Sonic Advance 3.

The introduction of Shadow the Hedgehog and the robot Emerl made for great secondary antagonists besides Eggman, with Shadow’s darknes directly seguing into the far-more serious (and completely original) third season of Sonic X. Throughout the show’s 78 episodes, however, Metal Sonic was never so much as hinted at. This is despite him being a beloved and iconic part of Sonic’s lore, making his absence incredibly perplexing.

Metal Sonic’s absence was never directly explained by Sonic X‘s creators, though it makes sense given the show’s release period and the direction of its story. When Sonic X began to directly adapt the video games and their characters and concepts, it was the series’ most recent entries. As mentioned, the ports of the Dreamcast Sonic Adventure games were still huge sellers on former Sega rival Nintendo’s console, with Nintendo’s Game Boy Advance also being home to Sonic Advance 3 and Sonic Battle. These titles were all released before or around the 2003 premiere of Sonic X, but the same can’t be said for the breakout appearance of Metal Sonic.

Metal Sonic debuted in Sonic CD, a classic 2D sidescroller that came out 10 years before Sonic X. This time-traveling adventure is beloved by fans of Sonic’s old-school games, with the race against Metal Sonic at Stardust Speedway being one of the franchise’s most notable moments. Unfortunately, Metal Sonic didn’t reappear in a major way for years afterward, relegating him to “classic” status. Other Sonic franchise characters of this designation and era include Knack the Weasel/Fang the Sniper, Mighty the Armadillo and Ray the Flying Squirrel, none of whom were in Sonic X or most modern Sonic games.

Team Chaotix, made up of Vector, Charmy and Espio, were once part of this grouping as well, as their main appearance was the forgotten spinoff Knuckles Chaotix. That changed when they returned in the modern title Sonic Heroes, which also brought back Metal Sonic. That game wasn’t directly adapted in Sonic X, though Team Chaotix did show up in the series. Still, Metal Sonic’s sole appearance in Sonic X was in the American Archie Comics title. This book has rather questionable canonicity, meaning that as far as fans and the show’s creators are concerned, Sonic X never introduced Sonic’s best evil doppelganger.