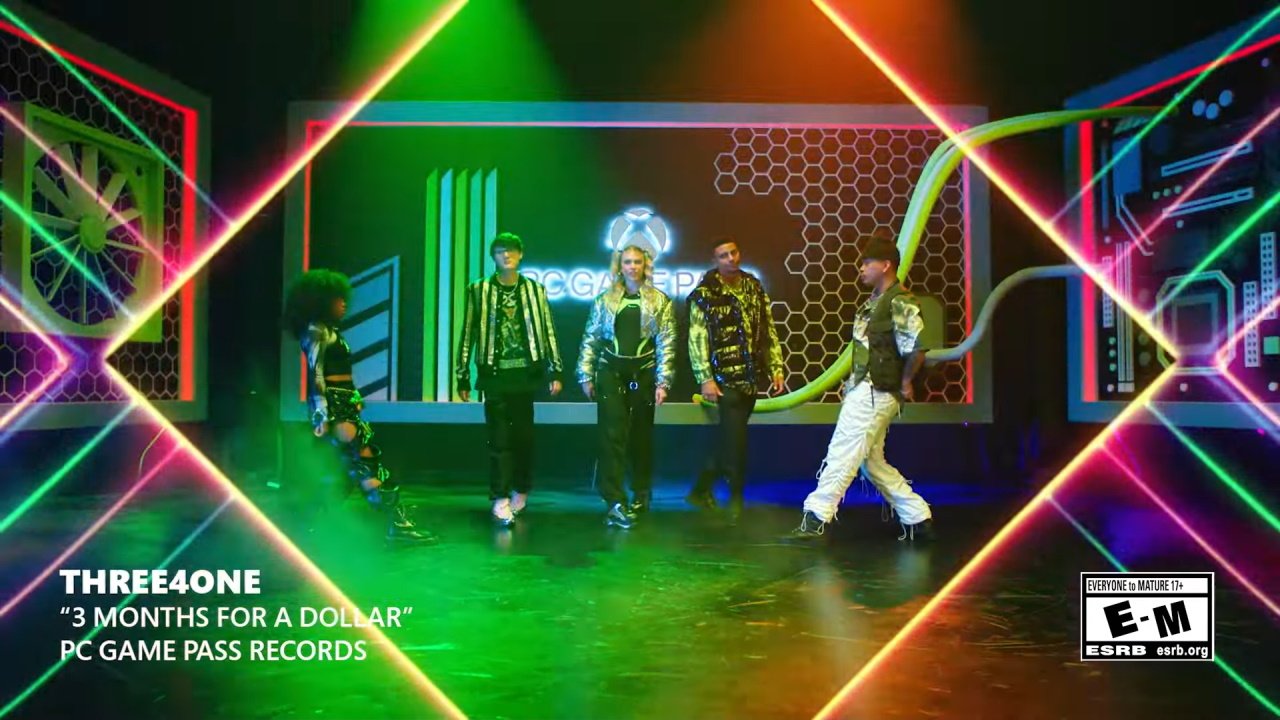 Remember when Xbox released its music video with a remix of All-40-One’s R&B hit “I Swear” with “It’s All There?” Well, they’re at it again, and this time they’ve released a new video for PC Game Pass, featuring Myth, iiTzTimmy, & QTCinderella, first streamer pop supergroup: Three4One. I’m sure you’ve heard these names before, as they’re all popular steamers that you can find over on Twitch and YouTube.

This music video, albeit short, is all about showcasing that PC Game Pass, Xbox’s PC Game Pass offering has something for everyone on PC. AS well as being just three months for all new members, for just $1. It’s a cheap way to see some of the PC gaming offers around.

Check out the video below.

I wonder what Xbox is planning to do next. Whatever it is, I sure hope they keep on embracing the musical memes that they’ve embraced thus far. As for PC Game Pass, it’s a great deal. Of course, I’m a PC gamer, so I’d say that. It’s not quite as good as Xbox Game Pass, but the selection is excellent, and there’s always something interesting to play.

That said, Microsoft still has a ways to go in regards to the Xbox App for Windows. Games have far too many issues with installations. The same issues that have been a pain in the rear even before PC Game Pass became a thing. Here’s to hoping that they get this corrected so everyone can see PC Game Pass for the awesome value it is.