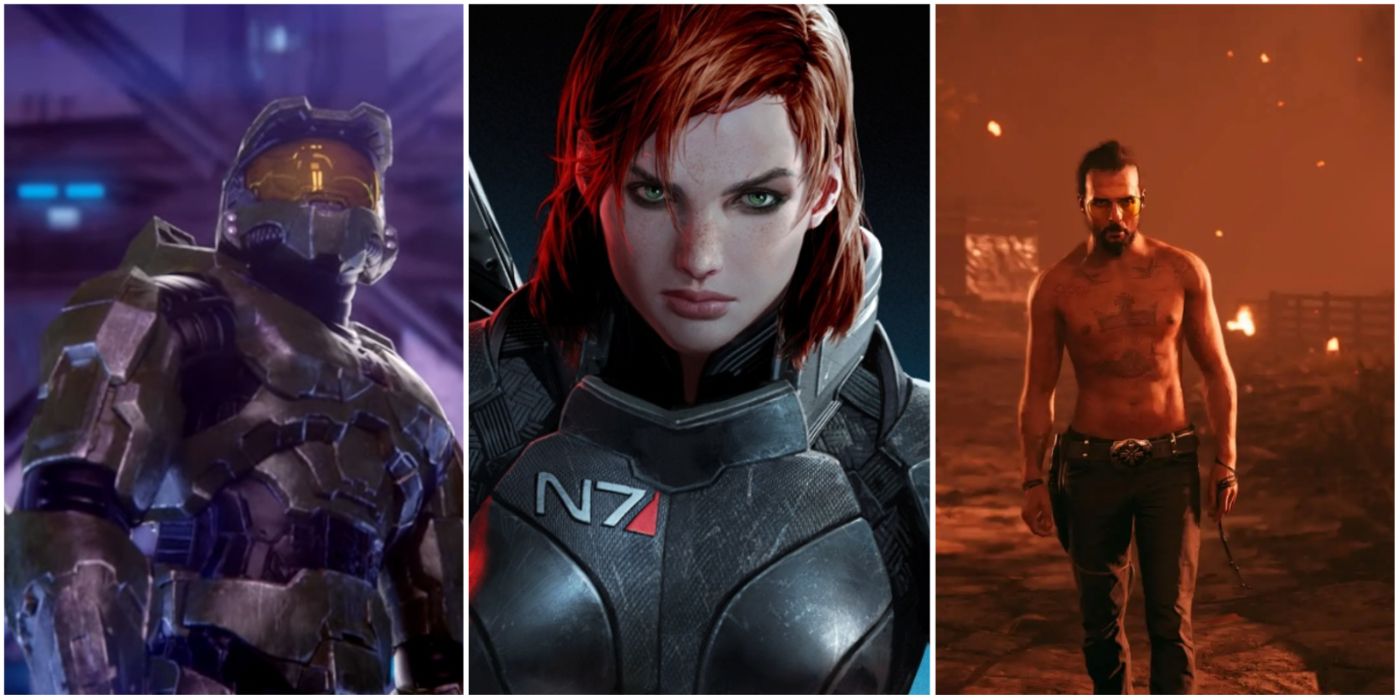 This isn’t always the case, however. There are some excellent games that fall at the final hurdle. After an entire game of moving and compelling storytelling — and good gameplay — the writers drop the ball at the last moment. However they do it, some games create a sweet experience that leaves a bitter final taste.

Metal Gear Solid V: The Phantom Pain is widely considered to have the best gameplay of any Metal Gear Solid game. Many consider it the most fun in the entire franchise. However, its storytelling has a more mixed response. This is in large part due to its unfinished status and its late-game reveal. The Phantom Pain is meant to be about Big Boss’ descent into villainy.

The player sees Venom Snake fall further and further throughout the game. However, the game’s last major revelation is that Venom Snake isn’t Big Boss, but a double. Players watch a new character they have less of a relationship with go through the story they wanted to see the protagonist experience. Unfortunately, its final act is missing due to game development being cut short.

Life is Strange is a game about choices and consequences. With protagonist Max Caulfield’s ability to travel through time, players can try multiple approaches to any situation. However, the game’s ending comes down to a binary choice. The player can either let Chloe Price die before the game even begins, or doom Arcadia Bay to destruction.

The choice even existing relies on poorly-explained time travel metaphysics. After spending all of Life is Strange growing closer to Chloe, many players feel that the choice is cruel for the sake of a sad ending. Furthermore, the potential for a romantic relationship between the two leads to some accusing the game of using the ‘Bury Your Gays’ trope.

The Assassin’s Creed series has always had two storylines: the historical action of the game’s bulk, and then its present-day framing device. The latter has always been contentious with fans. Many view it as a distraction from the more compelling historical stories. However, most games end on a very satisfying note in their main stories.

Not so in Assassin’s Creed III. That game ends on an anticlimactic note for its Revolutionary War storyline. Instead, the game focuses its ending on the present day, with Desmond Miles sacrificing himself to save humanity. Most players simply don’t care about Desmond enough to be moved by this scene. It falls completely flat for many.

Fallout 3 has an ending so infamous that it has DLC designed to overhaul it. At the end of the game, the Lone Wanderer fights their way into Project Purity. They’re able to stop the Enclave from poisoning the Wasteland’s water. However, they have to go into a radiation-filled chamber to do it, which proves lethal.

To many players, killing the protagonist right at the end is a lazy way to close out a video game. Fallout 3 goes one further, however. The player has many radiation-immune companions, all of whom refuse to do it for them. The player has to go in and die for literally no reason other than attempted poignancy.

Halo 2 introduces many new plot threads into the Halo universe. It’s very different from Halo: Combat Evolved, which wraps up almost all of its storylines in its final levels. Halo 2 showcases the Flood spreading through the galaxy, the Covenant undergoing the Great Schism, an attack on Earth, and every Halo ring going into standby mode.

In its storyline, Halo 2 resolves almost none of those things. The Arbiter stops Tartarus from firing Delta Halo, but that is the only plot thread the game wraps up. Everything else gets shunted into Halo 3. The game’s final cutscene with Master Chief promising to finish the fight is one of the most derided in all of gaming.

“Rocks Fall, Everyone Dies” is an infamous Dungeons & Dragons plot twist. It refers to a story beat that sees every main character die with no player input whatsoever. It’s often considered the mark of a poor or frustrated Dungeon Master and it’s rarely a satisfying conclusion to a game. Neverwinter Nights 2 is a well-liked Dungeons & Dragons video game.

Despite some mixed reception, Neverwinter Nights 2 is liked for its faithful recreation of Third Edition and its character customization. Whatever a player does, however, there’s no way to avoid death in the ending. When the King of Shadows dies, the temple collapses. Literal rocks fall, and the game ends with the protagonist dead for no reason.

4/10 Borderlands Pulls The Rug Out At The Last Second

In comparison to later games in the franchise, Borderlands doesn’t have much of a plot. It’s a very simple story about the player working to find and unlock the Vault. However, there’s still a genuine sense of build-up and trepidation about what’s inside the Vault. Its possibilities are dangled in front of the player during the entire game.

When the player reaches the end of Borderlands, they unlock the Vault. Rather than treasure, an enormous alien jumps out for a boss fight. After it dies, the Vault is sealed for another 200 years. It’s a bait-and-switch that comes out of nowhere and adds nothing to the game.

Mass Effect and its two sequels have one of the most beloved video game stories ever. Commander Shepard’s quest to unite the galaxy against the Reapers is one of the more compelling in all of gaming. It has elements of space opera, cosmic horror, cyberpunk, crime, romance, and more. The player shapes an entire galaxy over the course of three games.

The ending of Mass Effect 3 is almost enough to wipe away all that goodwill. At the very end, the player is given unconvincing explanations for the game’s story, and then a simple, fixed decision. After a flexible series that accommodates thousands of choices, none of them matter. The player has to unleash some type of space magic on the galaxy. Little else they’ve done matters.

2/10 Nothing The Player Does Matters In Far Cry 5

Far Cry 5 pits the player against Joseph Seed and his Eden’s Gate cult. After a long journey, they’re given the choice to leave and let Seed live or fight on. Neither outcome leads to a victory. If the Deputy leaves, their brainwashing activates, and they kill their allies.

However, the worse ending comes if the Deputy fights and brings Seed down. If they do, nuclear war breaks out across the world. It’s hinted at throughout Far Cry 5 but has nothing to do with the game’s actual plot. The player has no way to bring about a good ending. They might as well take the game’s secret ending at the very beginning and just refuse to get involved.

1/10 Deus Ex: Mankind Divided Feels Like Half A Story

Deus Ex: Human Revolution has some controversy with its ending, but still feels like a complete story. Its sequel, Deus Ex: Mankind Divided doesn’t manage this feat. The game is considered to have the best gameplay in all of Deus Ex, including in its endgame, but its story is more divisive. In particular, almost nothing gets wrapped up in its ending.

Deus Ex: Human Revolution opens a lot of threads that don’t really progress anywhere. Adam Jensen manages to defeat Marchenko, and the Human Restoration Act issue gets resolved. However, none of these feel particularly climactic. The game feels like it stops halfway through, or like it’s the second part in a trilogy that leans too heavily on a future installment.