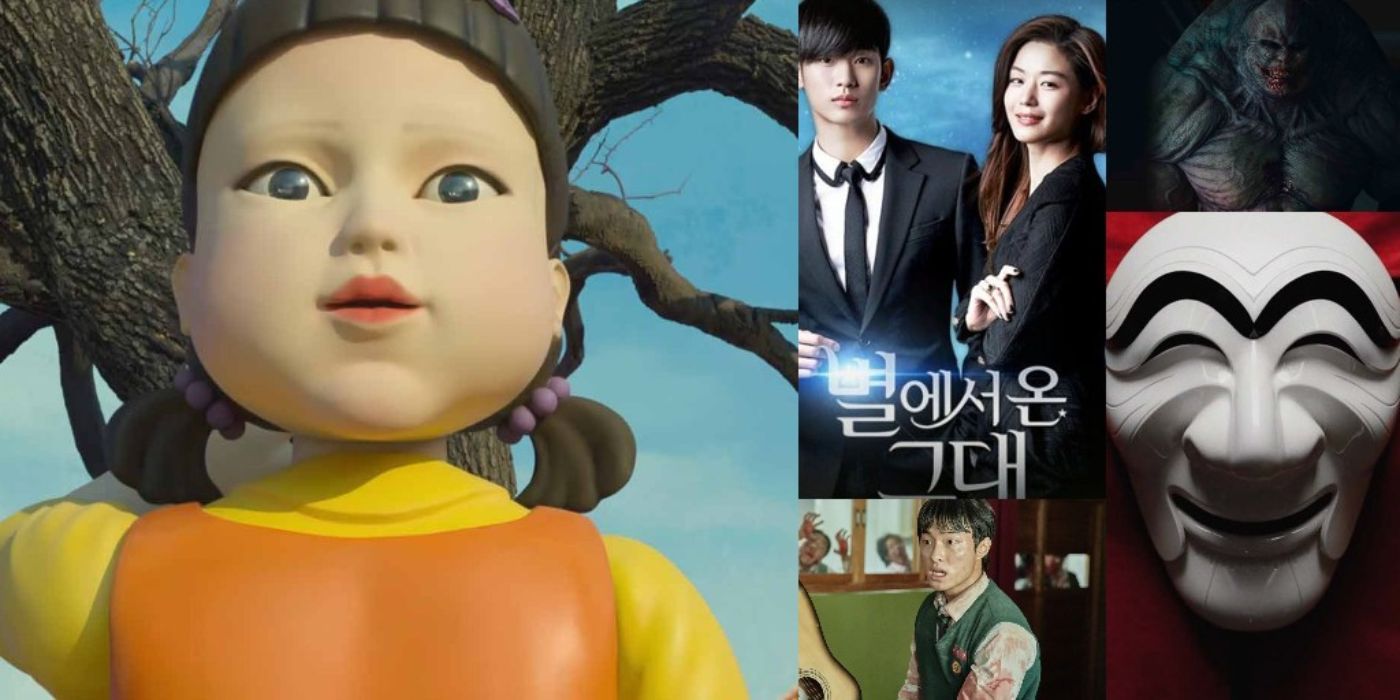 Korean dramas have soared in popularity internationally within the last several years. While “typical” K-Dramas will focus on romantic relationships, that doesn’t mean romance is the only theme. K-Dramas run the gamut of genres, from romance to action to supernatural thrillers. No matter what genre someone likes, they can find a handful of K-Dramas that will keep them entertained.

This is even true of those who enjoy more fantastic elements thrown into a story as many enjoy in anime. Full of fantasy, science-fiction, and all kinds of wonderful elements that would be difficult to do in anything other than animation, anime may seem far different from a K-Drama. However, there is a handful of K-Dramas that would make for great anime.

My Love From The Star

My Love from the Star has a little bit of everything that K-Dramas are known for, including a star-crossed romance, supernatural people, and a hint of reincarnation. An extraterrestrial landed on Earth in Joseon in 1609, missed his return ship, and has to wait 400 years to go home.

The alien-human love story of My Love from the Star already sounds like something from an anime and animation could give the extraterrestrial an alien appearance along with his near-perfect human form. His abilities and the situations he and his love interest find themselves in could be dialed up as well.

9/10 A Love That Resurfaces

The Legend Of The Blue Sea

If viewers are looking for a story that mixes old time periods with modern society through traditional myth, then they should turn to The Legend of the Blue Sea. It follows a love between a mermaid and a human that ends terribly and is destined to repeat itself.

The supernatural aspect of the mermaid looking for love makes for great anime material and the betrayal within the story will keep anyone hooked. An anime version could explore the nature of the mermaid and reincarnation more closely.

All Of Us Are Dead

Originally created as a Webtoon comic All Of Us Are Dead would be a great K-Drama to turn into an anime. The show follows a class of high school juniors as their town is quickly overwhelmed by zombies caused by an outbreak that started within the school.

Things could easily be scaled up in an anime, without limitations on the number of actors and costumes so the zombie hoards could be pictured as larger. Also, the zombie-human hybrids could really shine in the anime world and could have cooler abilities.

W: Two Worlds Apart is perfectly set up to become an anime. W has two main storylines: one is the story of a famous author and illustrator creating a webtoon and the other is the story of the webtoon itself. Soon, the webtoon becomes more real and people from reality go to the webtoon world.

RELATED: 10 Best Isekai Anime No One Expected To Succeed

The webtoon becoming its own world and people going from the real world to the webtoon world is the perfect plot for an isekai anime. Not to mention, the story of an expert marksman on a mission for justice within the webtoon would make an excellent storyline.

6/10 Coming Together To Steal A Buck

Money Heist: Korea – Joint Economic Area takes place in an alternate Korea where North Korea and South Korea are close to reunification. A group of people with special skills plans to pull off a huge heist in the shared Economic zone between the two countries.

An anime of this story would be action-packed with shoot-outs between the criminals and police. Tense moments of computer hacking, hostage terrorizing, and the mystery of the mastermind behind everything could be super dramatic. The political turmoil of the merging countries would also be an excellent story element.

5/10 Sometimes Family Can Be The Biggest Threat

Vincenzo took the Korean television scene by storm in 2021. The title character was adopted by a gang when he was young but instead of a Korean gang or something closer like the Yakuza, he is adopted by an Italian mafia family.

Vincenzo‘s take on gang life from the mafia point of view would be a fresh look for anime. Also, Vincenzo isn’t just a grunt in the mafia but someone who offers advice to the mob boss and is extremely intelligent. The betrayal from his adopted family and elements of legal drama could make for an anime sure to capture viewers.

4/10 The Kingdom Is On The Edge Of Defeat

Kingdom is a fantastic K-Drama that blends history, political drama, and horror excellently. During a time of great difficulty in the Joseon period, a new threat pushes the Korean people into a corner when the dead begin to rise and devour the living.

The Joseon period would look beautiful in animation and the zombies could be given a much more terrifying appearance in the anime than they already have in the K-Drama. An anime version could lean more heavily into the combat against the undead hordes while keeping true to the thrilling story.

As a post-apocalyptic horror, Sweet Home follows a group of tenants of the same building as they try to survive when people begin to turn into monsters during a lockdown. Cha Hyun-soo, a high school student, merges with the monster inside himself and gains superhuman abilities.

Sweet Home has some dark elements that would blend well with the anime aesthetic, something similar to Tokyo Ghoul with the protagonist being part monster. The darker themes of survival and mental health crisis would also appeal to a more adult audience and make for a solid anime.

Released in October 2021, My Name is an action-packed series that follows Yoon Ji-woo, who joins the Dongcheon gang and infiltrates the police in an attempt to get revenge on the person who killed her father. The story is full of violence, drama, and betrayal.

My Name would make for a great adult-targeted anime with its more mature themes. The trope of children avenging their parents is common among hero stories, but having a female lead puts a nice fresh twist on the idea. The crime noir theme would also make for an anime that sticks out from the crowd.

1/10 This Competition Is Not Just A Game

Squid Game is a superstar among K-Dramas and has been immensely successful. The series shows the depths of despair people have sunk to as a response to wealth inequality, with hundreds playing literal life-and-death games for the chance to pay off their debts.

Squid Game‘s popularity would translate well into anime style. The series is already a dark dystopia and an anime version could delve deeper into these dark themes, and perhaps even give more information to viewers about what happens behind the scenes of the games.

NEXT: 10 Best K-Dramas On Netflix