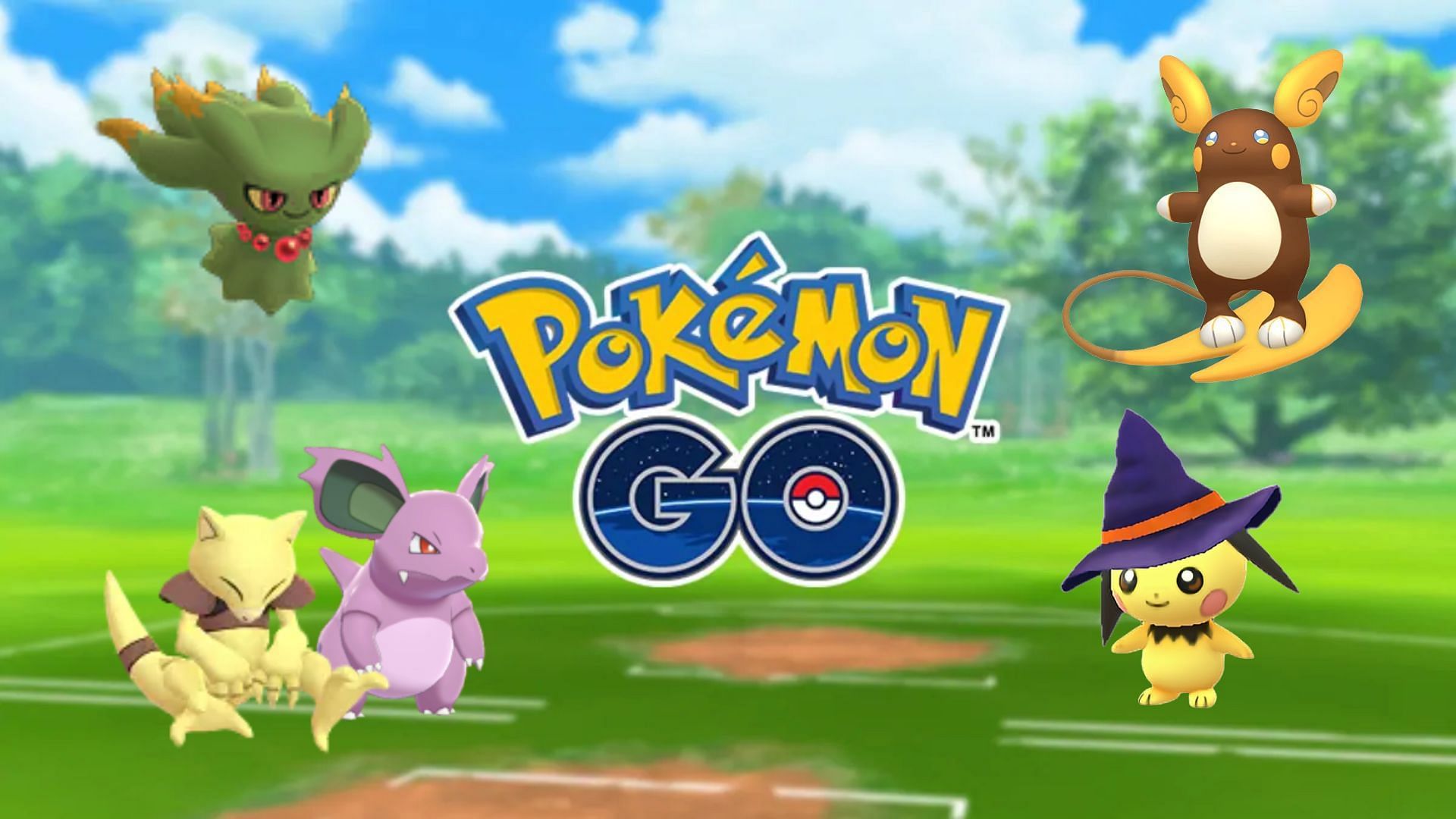 Finding and catching shiny pocket monsters is one of the favorite activities for Pokemon GO players. Catching some of these rare monsters is highly regarded by the community. However, finding a shiny in the overworld is not easy. It can take hours and hours to come across one and require monetary investment to buy in-game items that boost your chances of encountering a shiny Pokemon.

But not all shinies are created equal. While all of them are rare compared to their regular counterparts, some are notoriously difficult to encounter. If you find one and add one to your collection, it will be a feather on your cap.

The following list dives into some of the rarest shiny pocket monsters you may encounter in Pokemon GO in 2023.

The last chance players had of getting their hands on this Electric/Psychic-type with boosted chances was in May 2022, when Alolan Raichu was the three-star Raid Boss.

Regular Alolan Raichu has an ochre body with bright yellow ears and a tail. The shiny version of the Pokemon is much darker overall. Its body is chocolate brown, and the yellow bits are chrome yellow.

Misdreavus is one of the cutest Ghost-type Pokemon in the game. Although it has a higher catch rate of 30%, it spawns very rarely, which makes it quite challenging to come by. It is scarce, given that shiny versions of the Pokemon only appear in one among 4000+ encounters.

Regular Misdreavus is a dark teal color with baby pink accents. It has bright yellow and red eyes. The shiny version is olive green with ochre accents and paler eyes. The necklace worn by both versions of the pocket monster remains the same.

Krabby is an adorable Water-type from Generation I of Pokemon. Krabbys generally have a high appearance and capture rates, but the shiny version of the pocket monster disappeared for a couple of months in 2018. It has since returned to the game but is still considered a rare shiny creature.

Marowak’s sorrowful origin story makes it a vicious natural predator. Alolan Marowak has a superb design and looks very cool. However, unlike in the main series games, it is impossible to evolve a Cubone into Alolan Marowak in Pokemon GO. This means it is only available through Raids, making it scarce.

Alolan Marowak’s standard form has a uniform violet-tinted black hide with a grey belly and a white skull to cover its head. The shiny version has an ultramarine blue body with a black belly while retaining the same white skull.

Nidorina is only available as a wild capture and has a catch rate of 25%, but it has a next-to-none appearance rate. It was only available during the event celebrating the International Day of the Girl Child in October 2018.

Regular Nidorina is powder blue with dark blue accents in its ears and spots of the same color on its back. The shiny version of the creature is light pink, with the insides of its ears being olive green. It has grey spots on its back.

The purpose of Unown in the franchise is unknown. Since it has no possible valid use in battle, players want to capture it to complete their Unown collection.

Unown C is the rarest of them all. Its shiny version was made available for only eight hours in three cities in November 2020. Players who wanted access to the event had to cough up $5 and expend multiple incense to attract the Pokemon.

Basic forms of Unowns are black throughout, with an eye in the middle. Its shiny version, though, is a bright blue color, possibly adding to the fascination of the many players wanting to add it to their collection.

Pichus might be easy to encounter, but ones with event-specific hats only appear for a short while before possibly disappearing forever. The Witch Hat-wearing Pichu came to Pokemon GO during Halloween of 2019. It sees Pichu wearing the cutest violet-colored witch hat you can imagine.

Once the events are over, it is possible to hatch one of these Pokemon from 2km eggs, but shiny versions are ever so elusive. Shiny Pichus are also very difficult to tell apart from regular ones, as the only difference is in a subtle change in the color of the circles on its cheeks, which grow slightly darker.

Finding a Budew in the wild is impossible and has to be hatched from 7km eggs to find one. This makes it quite an arduous task to find one as it is. Add the minute chances of a hatched Pokemon being shiny. The shiny Budew then becomes a scarce find from 7km egg hatches.

Azurill is a baby Pokemon that looks like a tiny water mouse with a tail as big as its body, joined by a black zig-zagging bit. It looks perpetually scared and sad, adding to its cuteness. It has a catch rate of 10%, which is relatively low in general, which makes encountering and catching a shiny Azurill extremely rare.

Normal Azurill is a bright blue color with red colored insides of its ears. Shiny Azurill is a fresh green color retaining the rest of the color combinations of its regular version.

Shiny Abra was accidentally released into the Pokemon GO game in 2019 and was disabled after about an hour or so. It is notoriously difficult to catch as it owes it being of a timid nature and constantly teleporting away. The shiny version was even more ethereal.

Only a few players who managed to get one to stay in their Pokeball during that short span have a shiny Abra, as it has not been released into the game since then. Shiny Abra is just a paler colored version of regular Abra, making spotting one even more difficult.