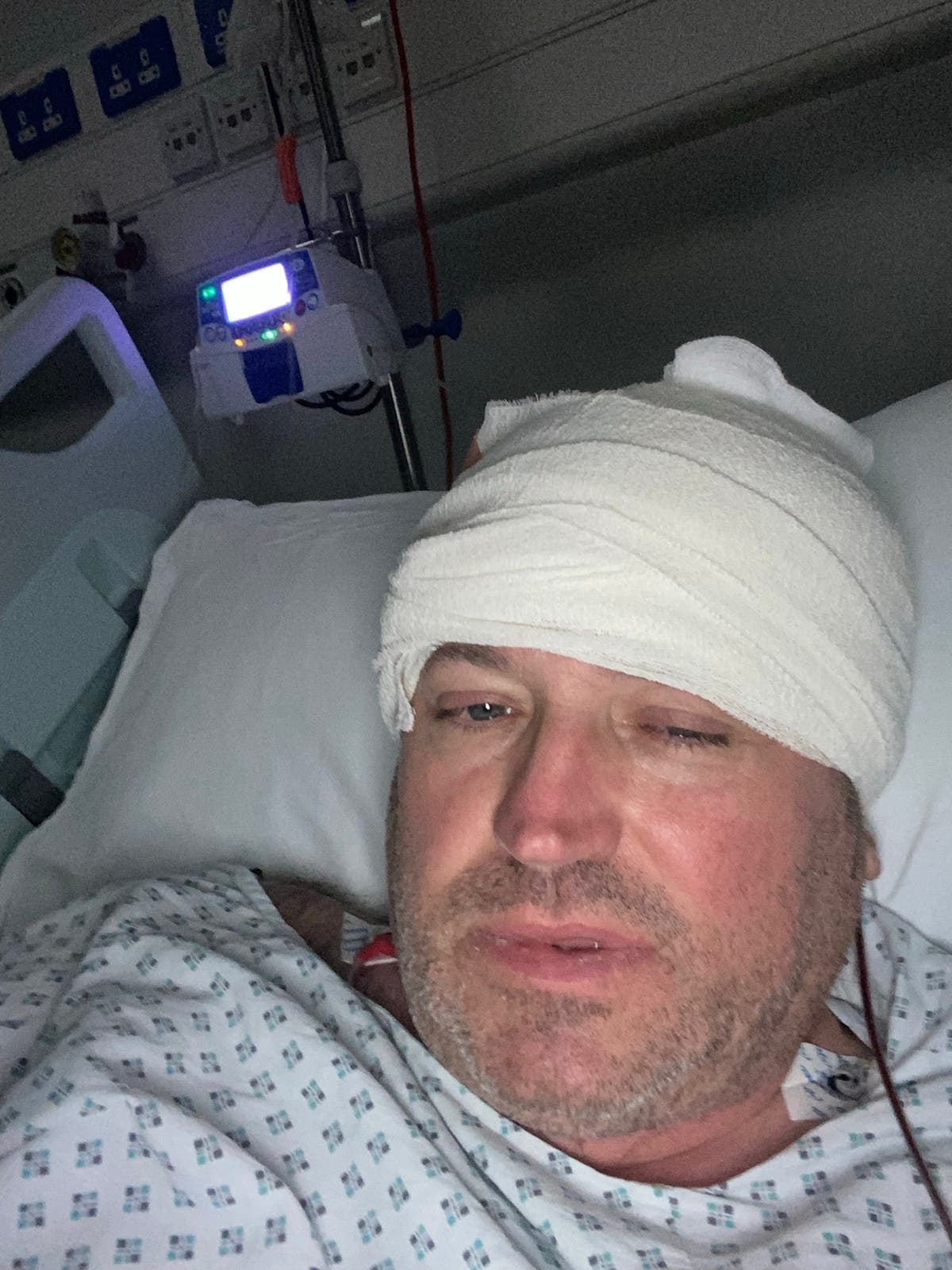 A man who was rushed to hospital with an ear infection has been told he has just months to live after his illness turned out to be a terminal brain tumour.

Dave Whitford, 49, first realised something was not right when he became dizzy and started vomiting while sitting in his garden.

The next day he was rushed to hospital where doctors told him he was suffering from an inner ear infection that had been caused by an insect bite.

Because Dave was still feeling sick and struggling to balance, doctors performed a scan on his head, which revealed a small growth on his brain.

The mass was monitored for two years and as it began to grow, doctors decided to remove it. They then discovered the mass was actually an incurable brain tumour.

Dave was left devastated when he was told he has between one year and 18 months left to live.

He said: “When they removed it, it took them a month to find out how bad it actually was.

“They thought it might have been a grade two tumour to start with, but it got examined and came back as a grade four which is the worst one.

“When I found out, I just cried. I was just devastated.”

The father-of-one said he would love to tour the US and even had an early 50th birthday party in case he doesn’t reach the milestone.

Dave, of Sheffield, South Yorkshire, said: “My 50th birthday is this May so I had a birthday party last year incase I don’t make it to being 50.

“So I invited around 60 people round including all of my family and friends to just celebrate.”

Alongside having the mass removed, Dave has also had chemotherapy and radiotherapy.

But because he has had so much treatment and part of his brain removed, he is now suffering from debilitating side affects such as short-term memory loss and fatigue.

He said: “I have no energy and I get cold really easily so I have to have special sheets to warm me up.

“They operated on the left side, so I have ringing in my ear which is quite annoying, especially when I’m trying to get to sleep.

“It does affect people differently and it’s affected my short term memory so I forget a lot of things.”

Dave worked as a bus driver until he fell ill, as he had his driving licence taken off him as soon as doctors found the mass on his brain.

He has been able to work in various roles doing odd-jobs for people over the last three years but now due to the severity of his symptoms, he’s had to stop working.

Dave has set up a Go Fund Me page to help with expenses while he is unable to work.