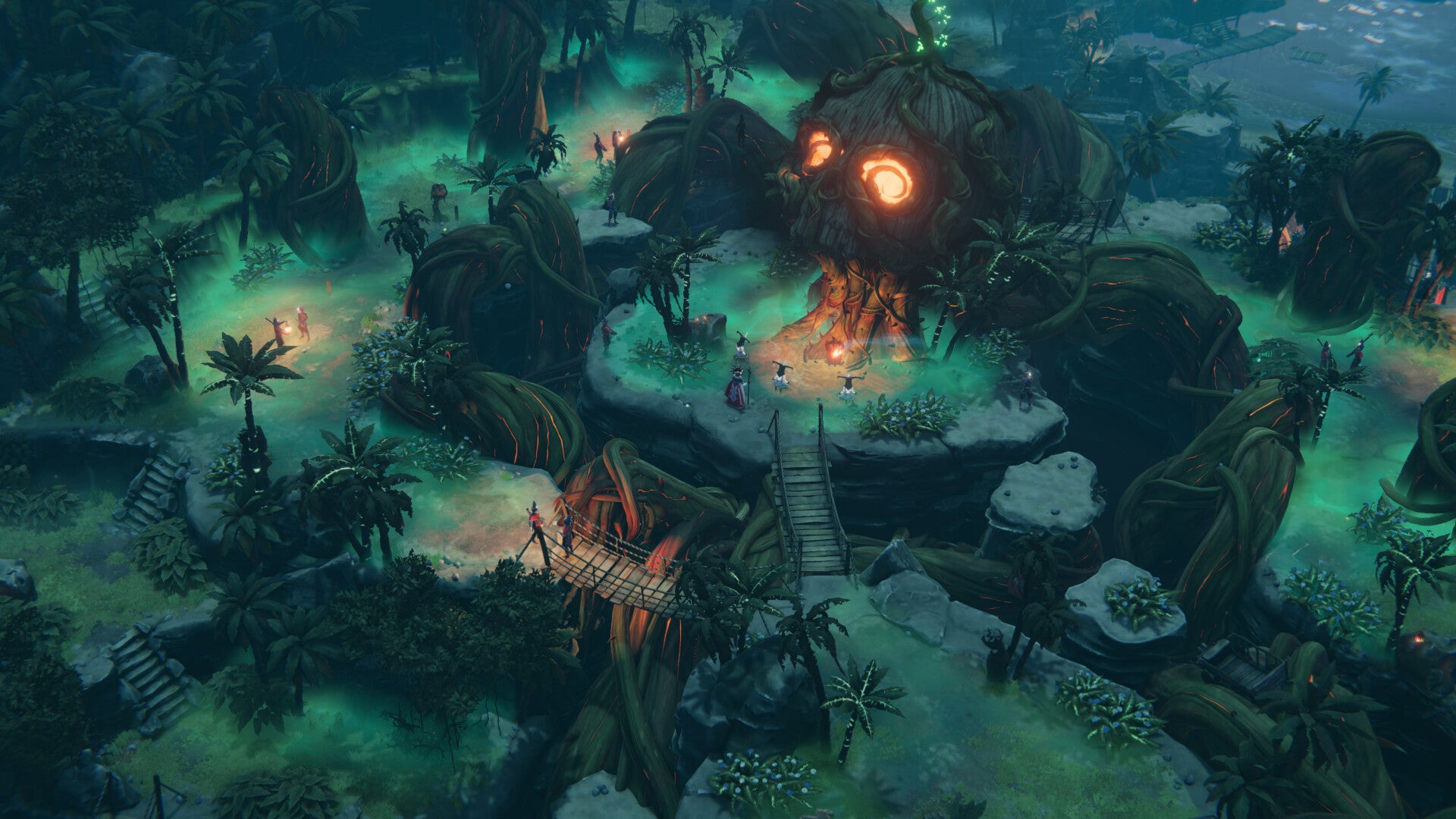 Mimimi Games, the studio behind the superb Desperados 3 and Shadow Tactics: Blade of the Shogun, has unveiled its latest foray into the world of stealth-strategy: zombie pirate adventure Shadow Gambit: The Cursed Crew.


Shadow Gambit, which unfolds in an alternative Golden Age of Piracy, sees players setting sail across the Caribbean in a living ghost ship known as The Red Marley. Along the way, they’ll assemble a crew of cursed pirates with supernatural powers – all of which should come in handy in the fight against the Inquisition of the Burning Maiden and the hunt for the treasure of the legendary Captain Mordechai.


It’s a top-down tactical adventure set in a “dynamic, immersive sandbox”, with players able to freely choose the islands they visit and the missions they tackle from their hub-like ship. Entry and exit points on islands can be established ahead of time, and different crew mates can be taken into battle, depending how players want to approach the challenges ahead.


Mimimi says the shift away from the more realistic settings of its previous titles has given it a “lot of freedom to design meaningful and crazy new mechanics”, and to reimagine old ones.


The quicksave and quickload rhythm of its earlier games, for instance, has now been incorporated directly into play – The Red Marley is able to manipulate time so players can pause to consider their strategic choices, queue up multiple character actions, or capture a memory that can instantly be returned to if plans go awry.


To accompany Shadow Gambit: The Cursed Crew’s announcement, Mimimi has released an informative seven-minute gameplay trailer, breaking down the basics of play. And if the idea of the studio’s wonderful stealth-strategy action wrapped up in a pirate fantasy bow is as appealing to you as it is to me, the good news is Shadow Gambit is due to launch on Steam, Epic, Xbox Series X/S, and PlayStation 5 later this year.