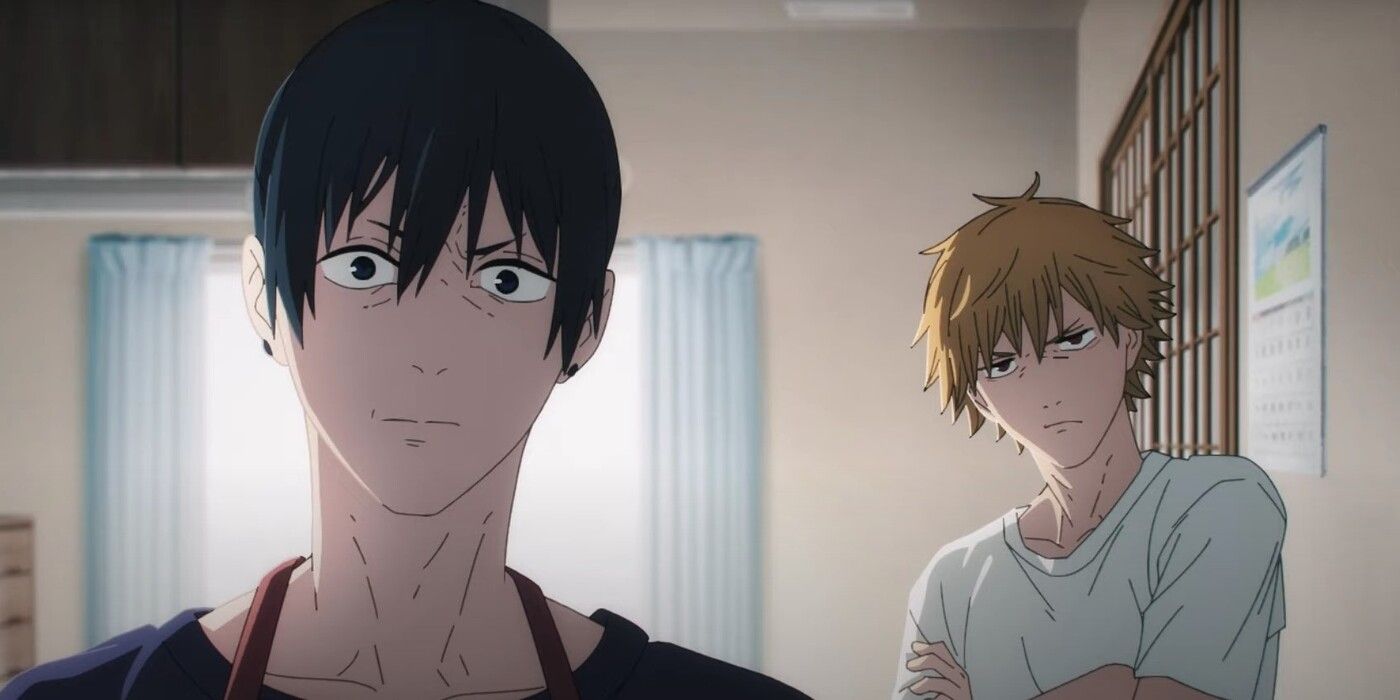 During an exclusive interview with CBR, Chainsaw Man voice actors Ryan Colt Levy and Reagan Murdock explain how the series’ manga influenced them.

Ryan Colt Levy and Reagan Murdock, stars of the English-language version of Chainsaw Man, recently broke down how the manga influenced their performances for the anime.

On Chainsaw Man, based on Tatsuki Fujimoto’s manga of the same name, Levy and Murdock play the roles of series’ protagonists Denji and Aki, respectively. During an exclusive interview with CBR, the two voice actors explained in detail how Fujimoto’s writing gave them deeper insights into each of their character’s psychology, giving them a better grasp on how to approach playing them. Murdock, for example, spoke at length about Aki’s guarded personality, and how the manga’s portrayal of the character guided him during his performance.

“Tatsuki Fujimoto just did such a phenomenal job of writing and drawing these characters, especially with a character like Aki, who is so guarded and non-expressive,” Murdock said. “The little tiny emotions that Fujimoto gets were really all I needed to read into what was going on in Aki’s head at the time. Pulling that little subtlety out of that very guarded guy is difficult as an actor, but the way that he’s drawn, especially in the manga, is just so helpful.”

While Chainsaw Man is an action/horror manga, it also seamlessly blends comedy and drama into its narrative, and both voice actors praised this aspect of the series. When asked about how he managed to capture the “randiness” of Denji, Levy explained how even the comedic aspects of Fujimoto’s characters manifest as a result of what is genuinely important to them. “I think the beautiful thing about how Fujimoto has designed all of these characters is that the humor, the sadness and all the big feelings come from very true moments and very relatable things for all of them,” Levy said. “I think it’s just about playing them as real and genuine as you can. Even though some of these lines seem really funny, to him [Denji], it’s a really deep and important thing.”

RELATED: Chainsaw Man: Who Is Denji’s Father – And What Was Their Relationship Like?

MAPPA’s animated adaptation of Chainsaw Man debuted on Oct. 11 of this year. It takes place in a world inhabited by vicious creatures called Devils that frequently attack humans. One day, a boy named Denji befriends a small chainsaw Devil named Pochita. Shortly afterward, Denji is murdered by a group of gangsters, and Pochita rescues him by merging with his soul. Now saddled with a terrifying new body that has chainsaws attached to its arms and head, Denji joins a government bureau of Devil Hunters, where he is teamed up with fellow hunter Aki. Though their partnership is reluctant, the pair travel across the nation together, destroying whatever Devils pose a threat to mankind.

Chainsaw Man is available to stream on Hulu.