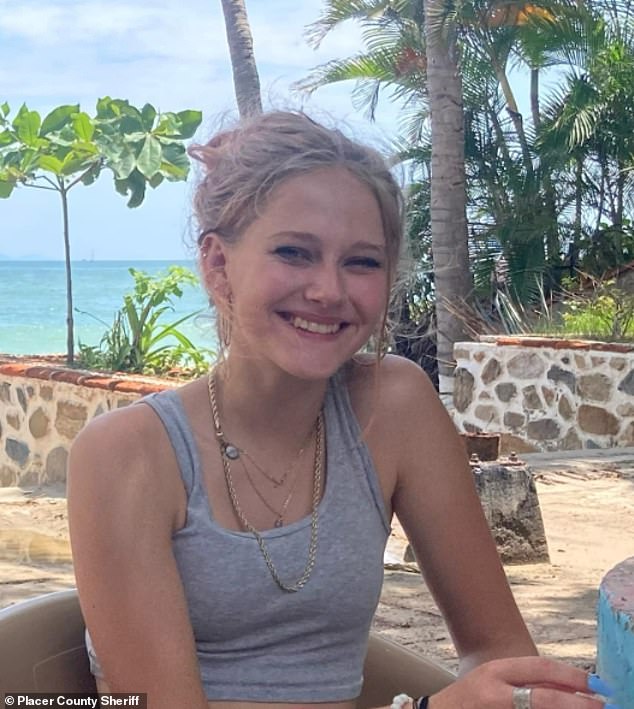 Friends of missing California teen Kiely Rodni compared the party she disappeared from to ‘Lord of the Flies’ and revealed that the end-of-school event was full of illegal activity.

Rodni, 16, was last seen Saturday near the Prosser Family Campground in Truckee at the party attended by more than 100 juveniles and young adults, the Placer County Sheriff’s Office said.

Her phone has been out of service since the party, and her car, a 2013 silver Honda CRV, has not been found.

Rodni’s friend, Sami Smith, who was at the party with her, shared footage with The Sun that showed a group of teens gathered at the campsite that was littered with what appeared to be bottles of alcohol.

‘I think a lot of them were scared to talk,’ Smith said. ‘They were engaging in illegal activity in the woods, it’s like this Lord of the Flies space where they can just be.’

Another source told The Sun that the teens at the party were sometimes ‘fighting,’ smoking weed and drinking alcohol.

Police said this week they have no evidence to suggest she was abducted and are focusing on a search and rescue investigation instead.

Kiely Rodni, 16, was last seen at a party at the Prosser Family Camp Ground in Truckee, California, in the early hours of Saturday morning 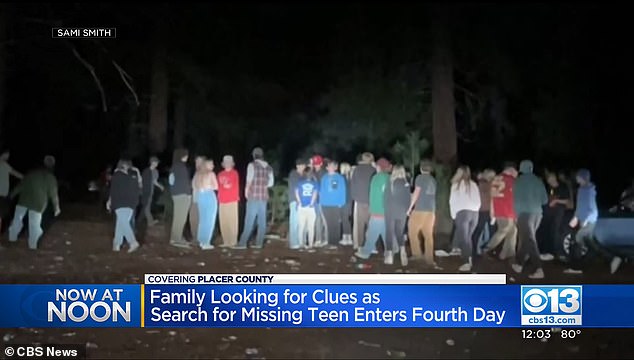 Rodni’s friend, Sami Smith, who was at the party with her, shared footage that showed several teens gathered at the campsite that was littered with what appeared to be bottles of alcohol

Smith told The Sun she believes teens who were at the party and might have seen something that would help find Rodni are afraid of the consequences or how they might be viewed.

‘We’ve said over and over again, we’re not investigating any of you, we’re partnering with you in an investigation for a missing person, this isn’t about things you shouldn’t have done.

‘But it’s also hard because there are so many teenagers, what are their relationships like with their parents? That can define a lot of what they’re going to say. Are they used to hiding everything?

‘They’re afraid of the consequences or how they’re going to be viewed, how their parents are going to react. But at this point, it’s like, who cares? We need to find her.’

Lindsey Rodni-Nieman, the teen’s mother, pleaded in an online video shared by authorities for anyone with information to come forward.

‘We just want her home,’ Rodni-Nieman said. ‘We’re so scared, and we miss her so much.’

Police released a surveillance image showing the missing teen hours before she vanished at a nearby campground.

The image shows Rodni at 6:08pm Friday at business in Truckee, California, about ten minutes south of the Prosser Family Camp Ground where she was last seen at 12:30am later that night. 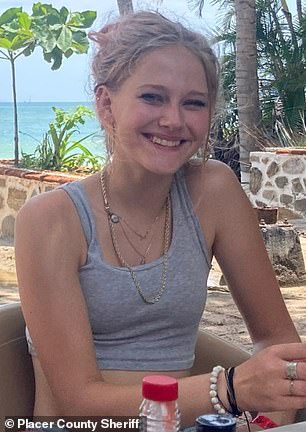 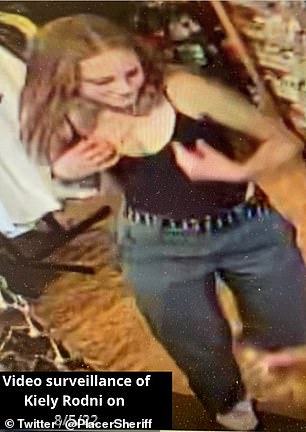 The Placer Sheriff’s department released a surveillance image (above, right) showing Kiely Rodni, 16, at 6:08pm Friday in Truckee, California, ten minutes from the camp she vanished from later that night

Police have said they have no evidence to suggest she was abducted and are focusing on a search and rescue investigation instead.

Exclusive DailyMail.com photos show cops have set up a forensic tent at the bottom of a boat ramp that is accessed from the Prosser Family Camp Ground. A small submarine with a camera attached was also seen being pulled from the water.

Kiely was last seen at an end of high school party at the campground where friends said she appeared very drunk.

Police released a statement saying as of earlier this week they had received 300 tips since Rodni was reported missing on Saturday. They also noted they had assigned 265 personnel to the search and logged a collective 4,600 hours.

In addition to the boats and dive teams combing the reservoir, authorities have deployed helicopters to conduct aerial searches for the missing teen. 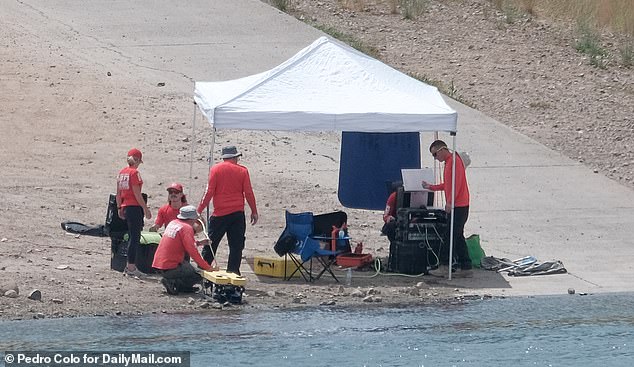 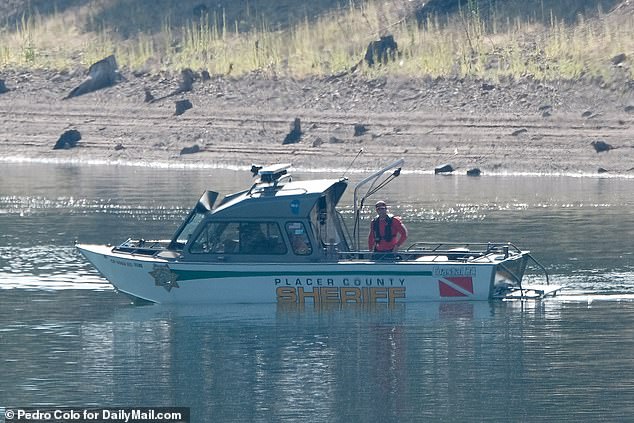 Police dive teams have now joined the search for Kiely and exclusive DailyMail.com photos show boats searching the Prosser Creek Reservoir, which is a 760-acre stretch of water 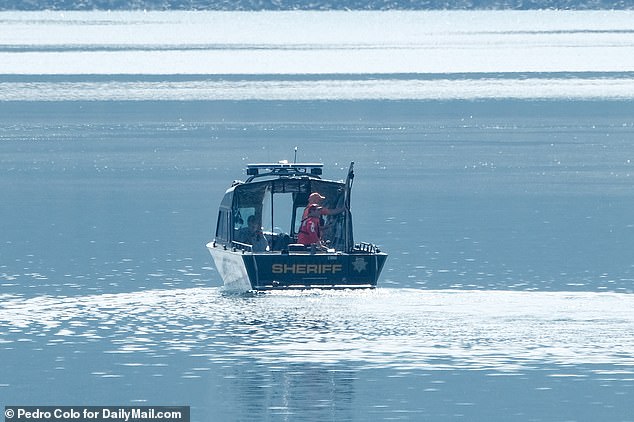 A dive team from the Nevada County Sheriff’s Department was on site early Tuesday morning and was seen setting up in a spot next to the reservoir, southwest of the camping area and accessible by a dirt trail

Detective Sergeant Scott Alford, who is leading the operation, said yesterday that no stone would be left unturned and pleaded with teens who attended the party to come forward.

‘This is a search and rescue operation focused on the area where Kiely was last seen and the search has expanded from there,’ he said.

‘Right now, we have no evidence that supports an abduction but we are not ruling it out.

‘This is being investigated as a missing persons case and a search and rescue, not as an abduction.’

Police boats and helicopters spent Tuesday searching the reservoir – a 760-acre lake that lies directly beneath the camp ground where Kiely was last seen. 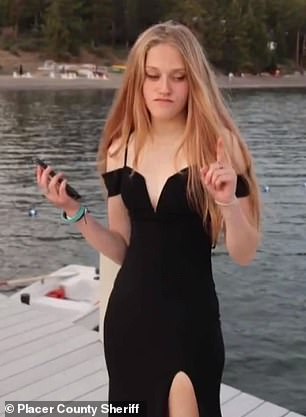 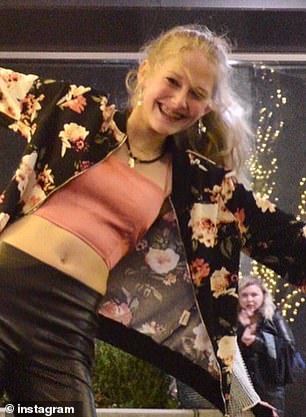 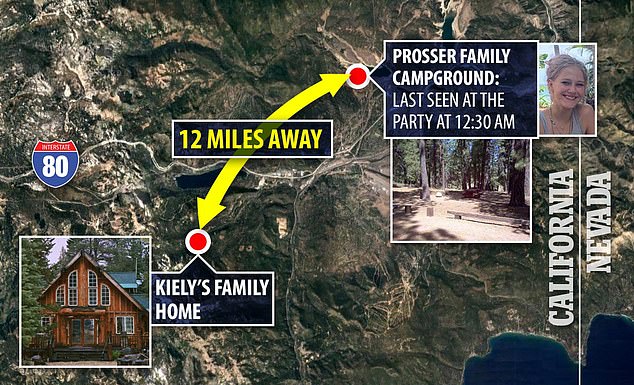 Kiely was at a party at the Prosser Family Campground, along with 100 other kids. The police say there were teens from multiple states there. She was driving her Honda but neither she nor the vehicle have been located 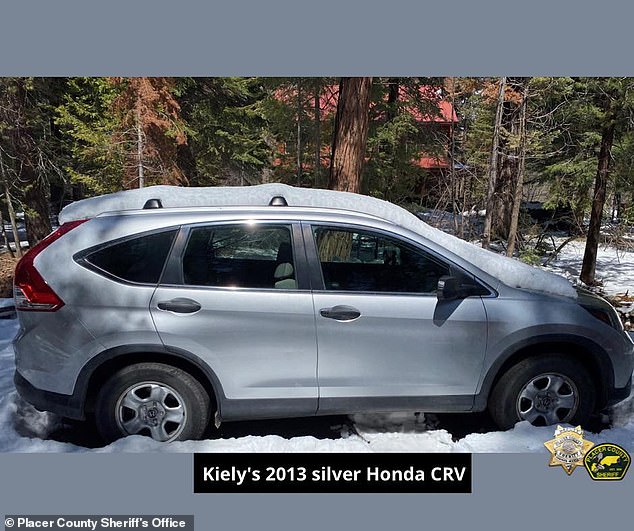 The Placer County Sheriff’s Office on Wednesday released an old image of Kiely Rodni’s 2013 silver Honda, which has been untraceable along with her.Officials also shared a photo of a hoodie that Kiely had borrowed on 5 August, the day before she went missing 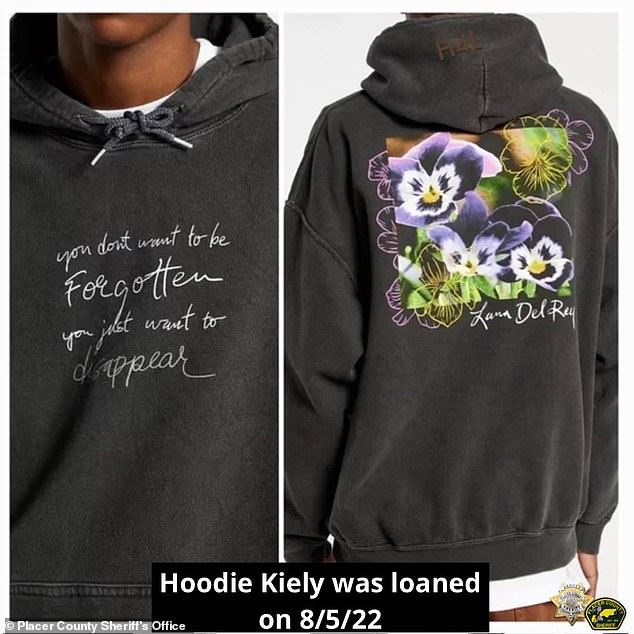 Officials also shared a photo of a hoodie that Kiely had borrowed on 5 August, the day before she went missing. “We don’t know whether Kiely was wearing that hoodie when she disappeared, but we believe it was still in her possession,” the authorities said

More than 100 cops were combing the area near the campground where she was last seen, with police boats and divers scouring the 73ft deep Prosser Creek Reservoir which sits directly below.

Police have blocked access roads leading to the reservoir and are believed to be working on the theory that Kiely, 16, accidentally drove her silver Honda SUV into the water.

A dive team from the Nevada County Sheriff’s Department was also on site early Tuesday morning and was seen setting up in a spot next to the reservoir, southwest of the camping area and accessible by a dirt trail.

Blonde Kiely was last seen at a party at the Prosser Family Camp Ground in Truckee, California, in the early hours of Saturday morning at a party for high school students.

Police said the party was attended by more than 100 teenagers – some from as far away as the Bay area of San Francisco and Reno, Nevada. 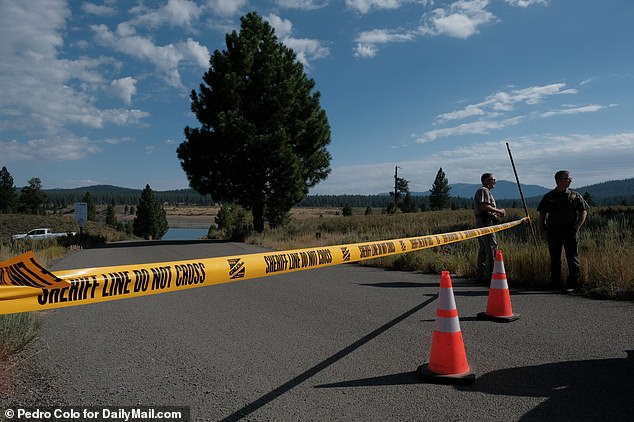 Kiely was last seen at 12.30am on Saturday morning about 10 minutes north of Truckee and a short drive from her family’s hotel 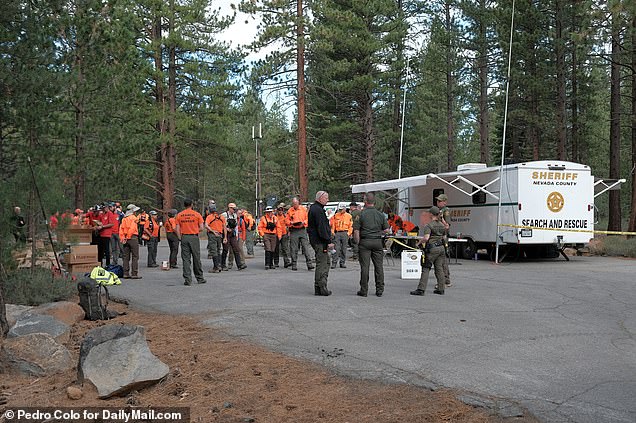 Friends have said that Kiely had been drinking and they were worried about her attempting to drive home.

Kiely’s friends and family have issued a plea for teenagers with any information to come forward but family friend Abby, who asked not to give her last name, told DailyMail.com that it is proving difficult.

She said: ‘They don’t want to come forward – I think because of underage drinking and things like that.

‘We’re trying to tell them that we don’t care about alcohol – we’re just looking for any information that will help us find Kiely.’

The Placer County Sheriff’s Office has made a similar appeal and said in a statement: ‘We are trying to obtain as much information as possible — our focus is getting Kiely home safely.

‘We urge anyone who may have any information about Kiely to please contact our tip line. You can remain anonymous.’

Police say they have received more than 100 tips so far and have assigned 77 personnel to the case who are working alongside more than 150 volunteers.

Cops have also been using license plate technology in the search and have been checking cars as far away as Reno, Nevada, but are yet to find any sign of Kiely’s vehicle.

Kiely was last seen at 12.30am on Saturday at the Prosser Family Camp Ground, 10 minutes north of Truckee and a short drive from the hotel her family owns.

The teenager sent her mother Lindsey, 42, a text message saying she planned to leave in 45 minutes at approximately 11.30pm.

She had been due to meet friends at a local Starbucks at 9am ahead of a camping trip but failed to show up – prompting her mother to sound the alarm. 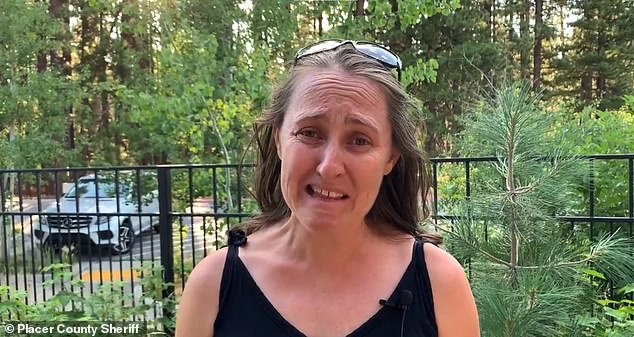 Speaking to DailyMail.com on Monday, Lindsey said she believed her daughter has been abducted and begged the alleged kidnapper to bring her home.

She said: ‘I am terrified. My mind reels and my sleep is plagued with nightmares… thoughts that I just can’t get out of my head.’

‘I last saw her on Friday morning, she was going to meet us to go to a vintage car show but then she changed her mind and wanted to go to this party instead.

‘I extended her curfew. I had done it before and felt safe. She texted me at 11.30pm to say she would be leaving at 12.15am to come home.

Lindsey said she is sure that her daughter would not have run away. ‘My daughter is not the runaway type – not to stigmatize kids who are – but my daughter is not. She had the resources to run away and would have done if she wanted to.’