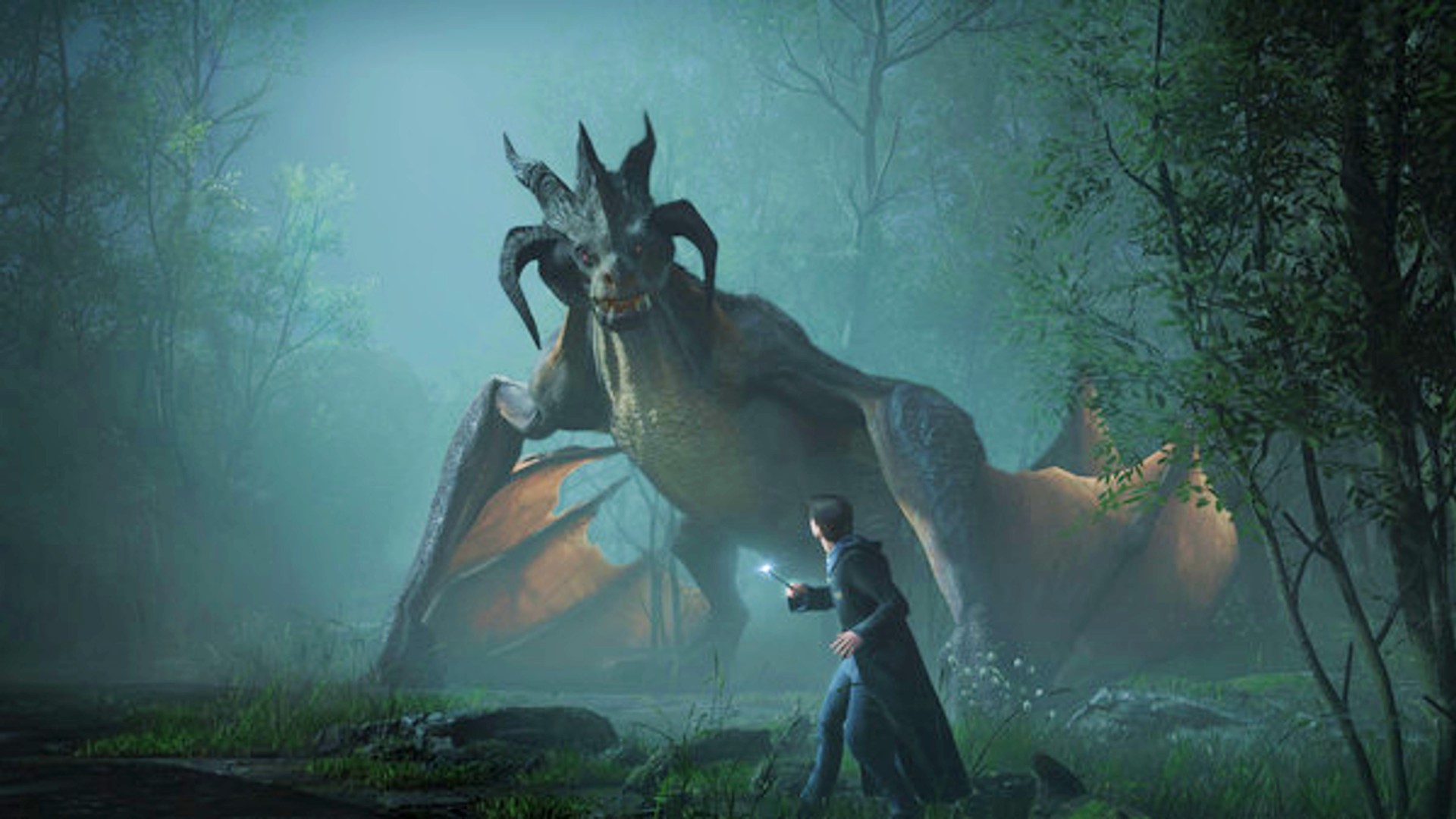 Going into a recent Hogwarts Legacy gameplay event, my thoughts are conflicted. On the one hand, I despise JK Rowling’s views against trans people. On the other, I’m fascinated by the ambition of this open-world game – by its size and just how jam-packed it seems. The trailers show a range of cool things a young magic user can do, such as keeping animals in a sanctuary or taking classes to learn spells. However, I leave the session without seeing any of that, and many unanswered questions ahead of the Hogwarts Legacy release date.

The fact of the matter is I want to tell you more about the game. I want to dive into how the Room of Requirement works, how to learn spells, and explore the full size of the Hogwarts Legacy map. Instead, I played through three different on-rails segments that, while exciting enough in themselves, didn’t cohere to give a sense of the whole (I say three, but I can only talk about two of them). I still have no idea how, or even if, this is going to work as an open-world game. .

After creating my wizard, complete with flashy neon-green hair, I find myself in a courtyard, broom in hand. I do the first thing every budding witch and wizard wants: take a scenic flight around the Hogwarts campus, weaving between the towers and admiring the surroundings. It’s a blustery day, with a handful of students flying elaborately decorated kites. The grounds are so detailed that it’s like being in the films. While I can see several buildings, bridges, and a Quidditch pitch in the distance, I’m told to stick to the main grounds so I don’t get lost. 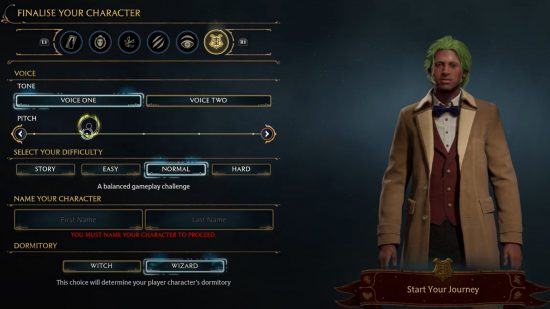 Beyond the courtyard, I play a bit of Summoner’s Court – essentially the wizarding world’s equivalent of Curling. Instead of throwing stones, I lure giant balls with the Accio spell. After a couple of losses the call of the library becomes too strong for my inner Ravenclaw to ignore, and it’s as grand as you can imagine it would be. Books are neatly stacked as far as the eye can see, with the restricted section gated away, denying curious eyes its secrets. Another time, perhaps. As I leave the library to continue my tour, a flying tome flutters between the arches. It’s unbothered when I try flinging magical bolts at it to bring it down.

Hogwarts itself is a confusing labyrinth, full of winding corridors that I imagine lead somewhere, only for them to terminate in dead ends. After quite some time fumbling around, I eventually find the Defence Against the Dark Arts tower, the gateway to my next mission. However, I’m distracted as Peeves the Poltergeist dives out of a door to bother a bumbling Hufflepuff student with rhymes about how he’s “come from the toilet bowl, where she said I could swim, did Eupraxia Mole”. In this moment, my experience chimes with those of the students in the books: the ghost’s whimsical nature is endearing at first, but I can see it becoming more of a nuisance later in the year.

Upon entering the Clock Tower Courtyard, Sebastian Sallow, one of the many Hogwarts Legacy characters who can help you during your first school year, shows me how wizarding duels work. In combat, I cast spells to disable enemy shields, leaving them vulnerable to follow-up attacks. For example, if the enemy’s shield is yellow, you use the Levioso spell, while purple ones require me to use Accio. At least one other spell in my basic repertoire is the flammable Incendio, which makes short work of both sets of enemies. 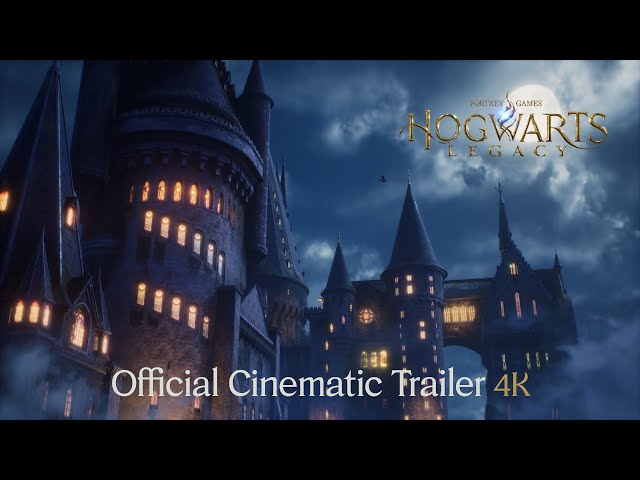 At this point, I’m whisked away from the halls of Hogwarts to a linear quest roughly ten hours into the main campaign. This section adds the ability to switch between two sets of four spells, one of which includes an unforgivable curse and a disarming spell, among others. I join Hufflepuff student Poppy in a tentative meeting with some surly Centaurs before investigating an abandoned poacher’s camp. Again, this snowy path is relatively linear, with splashes of Skyrim here and there, but we witness a Dugbog drag a deer into a lake, reminding us that this world is inhabited. The path between the cliffs opens up, however, presenting the camp, the dark wizards guarding it, and a choice of approaches. I could go all-out and fling spells until they die, but I opt to channel my inner assassin by turning invisible and sneaking around the camp, taking them all down with a swift petrification technique.

As it turns out, the camp is an arena for illegal dragon fighting. Again, the attention to detail catches my eye: thoughtful touches include a poster with ticket prices for the fight currently underway. After some more sneaking around, I find an egg in a locked box. There’s a fiddly lockpicking minigame that uses controller thumbsticks to align the opening mechanisms, and I eventually retrieve the egg. Unfortunately, its scaly owner is held captive down the corridor by a host of dark wizards, Animaguses, and goblins, all too eager to prevent their reunion. 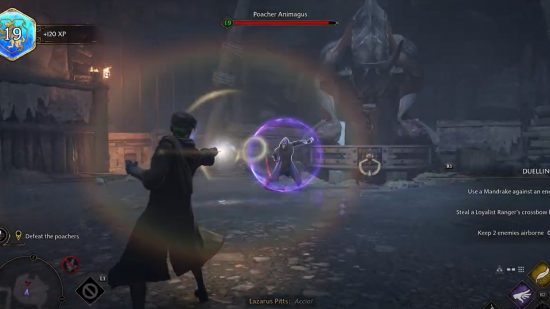 I get some more combat practice here, countering spells by pressing buttons in response to on-screen prompts and frantically dodging a barrage of incoming curses. The potency of the disarming spell is conveyed especially well, as enemies clutch their hands in pain. My only nitpick is that it’s hard to tell when you are low on health, but overall, casting magic is satisfying enough, as even the basic magical bolt has enough punch that every hit feels like it hurts.

As with public demos, it’s in the nature of game previews that we only see a slice of the game, and I enjoyed what I did see of Hogwarts Legacy. The world has lots of tiny details that fans of the books can look for, and the passion and care is palpable. However, this one felt more restrictive than most, especially for an open-world game, and has left me with many unanswered questions. Less than a month from launch I was hoping for a more self-confident showing. Naturally, we’ll have a full verdict for you in our final review.

The creator of the Harry Potter series, JK Rowling, has made a number of transphobic remarks on social media in recent years. Warner Bros. has the licence to make games based on Harry Potter. While the details of that deal aren’t publicly known, and WB Games says “J.K. Rowling is not directly involved in the creation of the game”, it is likely that, as the creator and owner of the Harry Potter IP, she will earn royalties from its sales. If you’d like to learn more about transgender equality or lend your support, here are two important charities we encourage you to check out: the National Center for Transgender Equality in the US, and Mermaids in the UK.